Park Ji Hoon and Kang Min Ah will share a tense moment in KBS 2TV’s “At a Distance Spring is Green”!

Previously, Kim So Bin (Kang Min Ah) told Yeo Joon (Park Ji Hoon) that she has liked her childhood friend Hong Chan Ki (Choi Jung Woo) for a long time. With Yeo Joon’s advice, she planned to confess to him and went to his house. However, her heart shattered when she spotted Hong Chan Ki with his girlfriend. Yeo Joon comforted Kim So Bin, who was shedding tears from her heartbreak, and even introduced her as his girlfriend to Hong Chan Ki.

With increasing anticipation for how their relationship will develop, the new stills portray an unexpected downfall in their story. Yeo Joon’s eyes are filled with tears, and Kim So Bin’s expression has hardened. The two characters were just starting to get close to each other, but something will happen that will cause them to become distant once again. In addition, the production team hinted that Kim So Bin will coldly turn away from Yeo Joon after he says some crucial words. What kind of conflict has come between the two, and will they will able to resolve it? 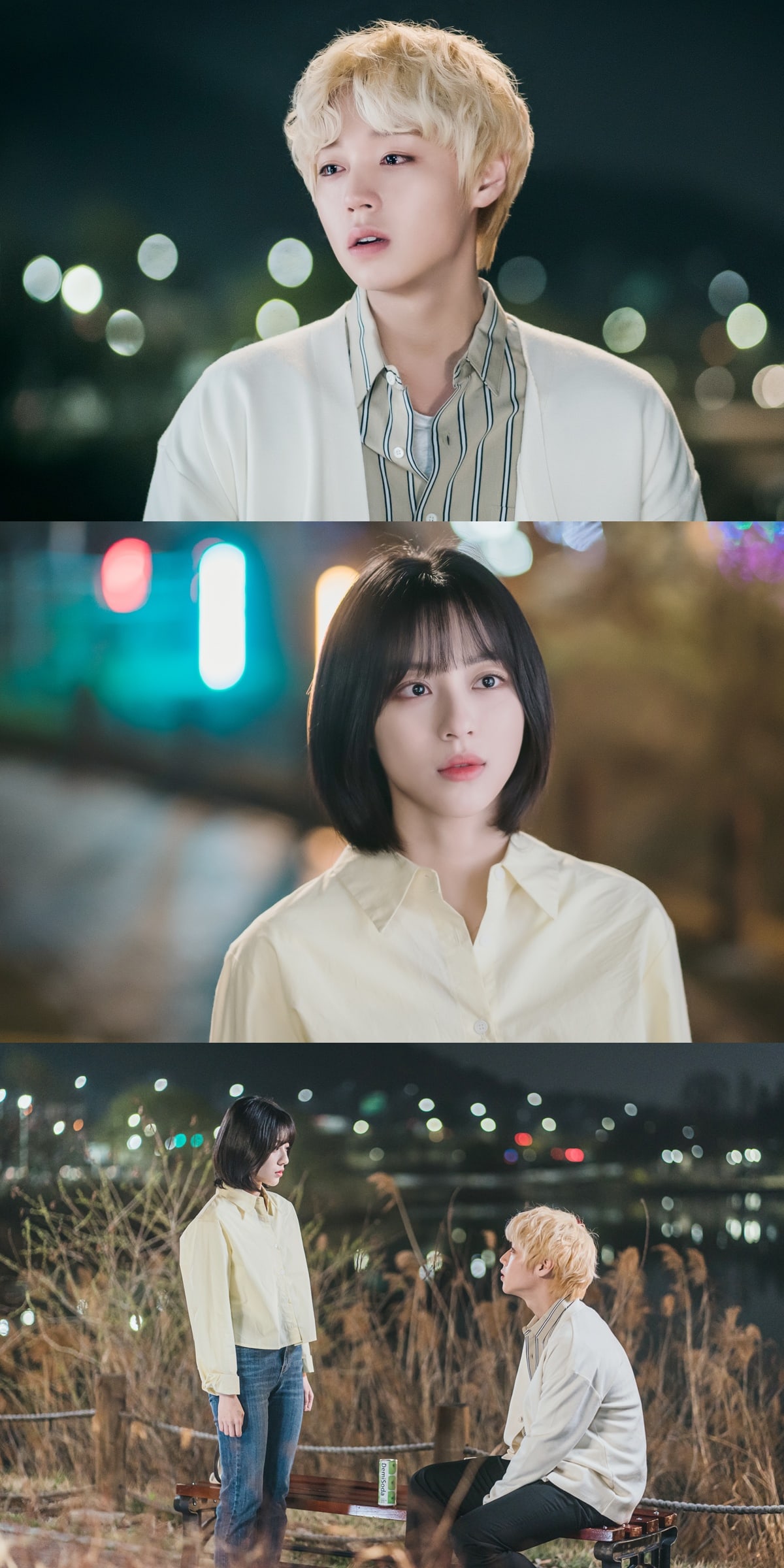 Kang Min Ah
Park Ji Hoon
At a Distance Spring is Green
How does this article make you feel?