Kim Dong Jun has announced his plans to enlist in the military.

On June 23, Kim Dong Jun’s agency MAJOR9 revealed, “Kim Dong Jun will be enlisting on July 12 as an active-duty soldier.”

The same day, Kim Dong Jun held a Naver V Live broadcast in which he shared his thoughts on his upcoming enlistment. He commented, “These days, I’ve been eating well and doing fine. I gained some weight and then lost it in a rush, so I’m still a bit swollen. I gained 4 kilograms [approximately 8.8 pounds], and then I lost 2 kilograms [approximately 4.4 pounds] in a rush.”

A fan asked about his experience on “Real Men,” a variety show where celebrities experience military life, which Kim Dong Jun appeared on several years ago. He shared, “I worked hard during ‘Real Men,’ and I did the best that I could in that moment.”

He continued, “I’m now enlisting, and I feel fine. Since I’m going late, I wanted to tell everyone through this live broadcast today, but everyone heard the news a bit early. I feel very comfortable, and I gained a lot of weight because I ate a lot.” Kim Dong Jun added with a laugh, “I plan to eat a lot until my enlistment and then enlist in the military a little chubbier.” 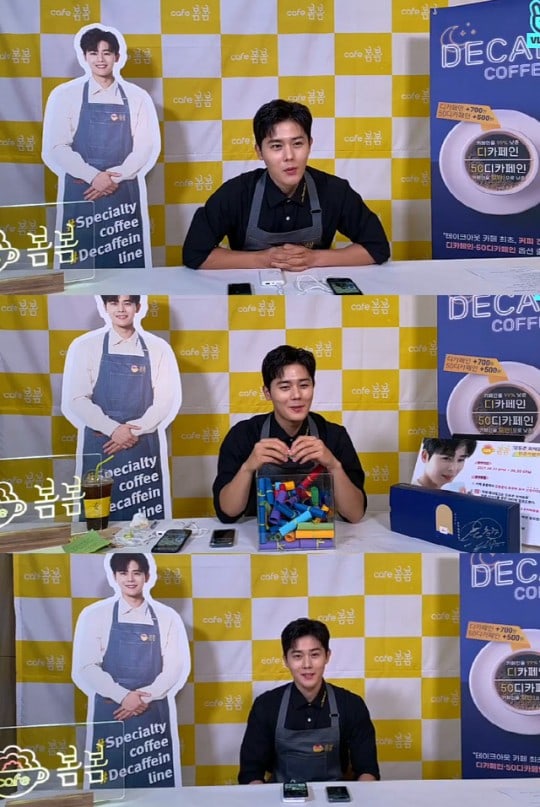 Finally, Kim Dong Jun commented, “As a man of South Korea, I will complete my military duty and return with a good, more mature, and dignified image. Don’t worry, I will return safely.”

Kim Dong Jun initially made his debut in 2010 as a member of ZE:A. Since then, he has appeared in numerous dramas and films as an actor. Most recently, he appeared on SBS’s “Delicious Rendezvous” as a fixed cast member, showing off his charms as the multi-faceted maknae.

Start watching Kim Dong Jun in his drama “More Than Friends” below!

ZE:A
Kim Dong Jun
XPN
How does this article make you feel?