“Kingdom: Ashin of the North” has released a new poster and teaser!

The previous poster featured the back of the mysterious Ashin as she looked out at the dangers in front of her. The new poster finally features Ashin’s face as she boldly turns away from the ruins. Tightly gripping her bow, Ashin looks confident and charismatic. The caption reads, “Ashin, the beginning of death.” 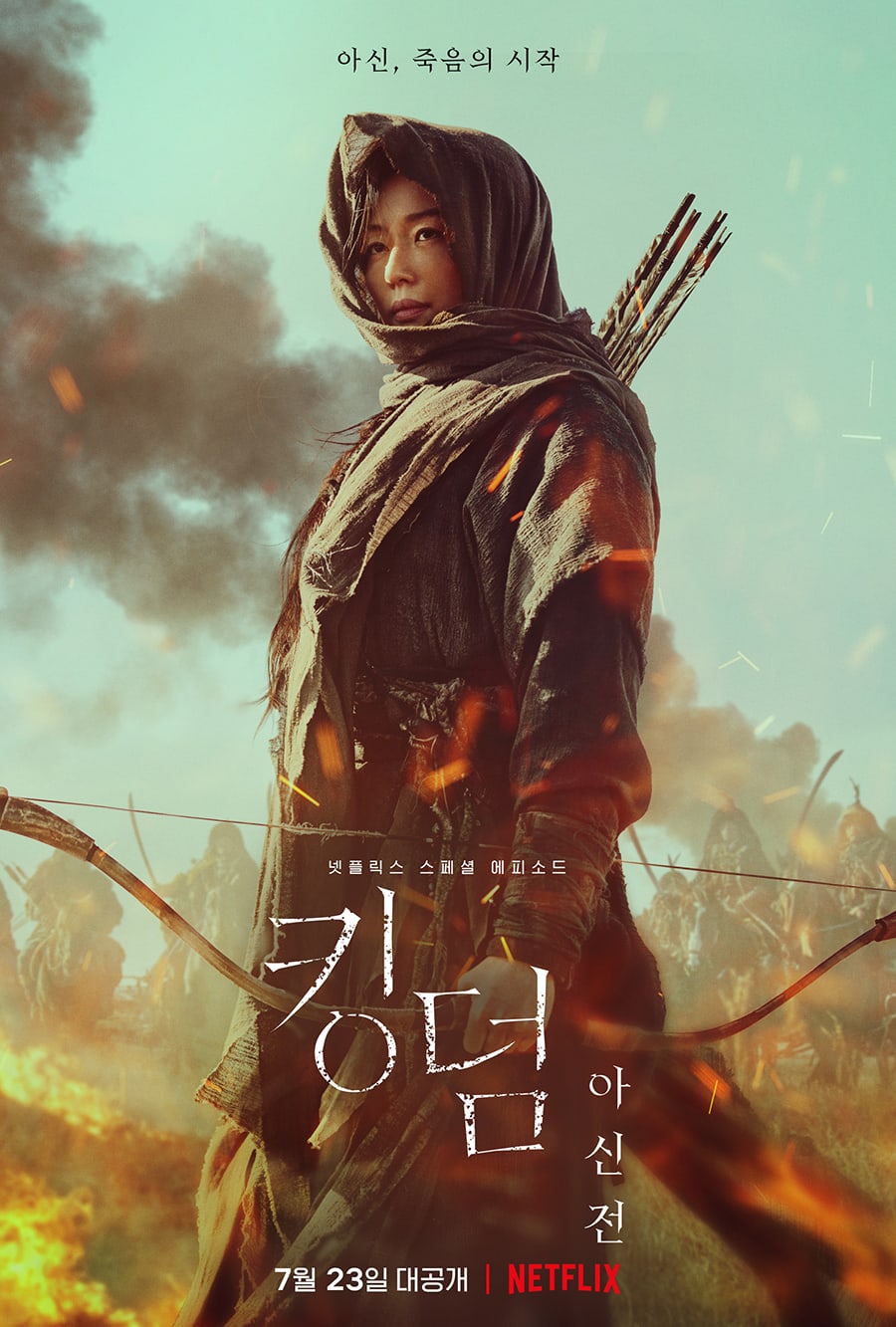 In the newly released teaser, a crowd of civilians expresses curiosity at an impending threat in the woods before a tiger jumps out to attack them. Later, a young Ashin (played by Kim Si Ah) appears and tells her father about a strange plant she found that is supposed to bring back the dead. He expresses concern for her safety, but she insists on going back for it, commenting, “Are you just going to let Mom die like that?”

She eventually heads back into the forest, where she encounters numerous dead bodies, in addition to wild animals and screams from other humans, which is chaotically overlapped with clips of the cavalcade.

Ashin comments, “If only I could make them shed tears of blood,” and expresses her determination as she adds, “It doesn’t have to happen right now. Next year, no, the year after. Please avenge them.”

The 92-minute special episode “Kingdom: Ashin of the North” will be released on July 23.

While you wait for “Kingdom: Ashin of the North,” watch Jun Ji Hyun in “My Love From the Star” here: