SBS’s “The Penthouse 3” has released new stills previewing a turbulent scene from the upcoming episode!

In the drama, Han Ji Hyun plays Joo Seok Kyung, the defiant and troublesome daughter of the evil Joo Dan Tae (Uhm Ki Joon), and Lee Ji Ah plays her stepmother Shim Soo Ryun who truly cares for her like her own child.

On June 24, “The Penthouse 3” shared a peek of a tense moment between the two characters. In the photos, they are facing each other in front of Shim Soo Ryun’s dressing table. Joo Seok Kyung stares at her with an unyielding attitude, and her eyes are sharp with resentment. Shocked by her stepdaughter’s behavior, Shim Soo Ryun eventually collapses onto the floor and puts a hand over her aching heart as her face pales with emotional pain. Joo Seok Kyung is the biggest obstacle on her road to revenge against Joo Dan Tae, and viewers are wondering if she will be able to overcome this crisis. 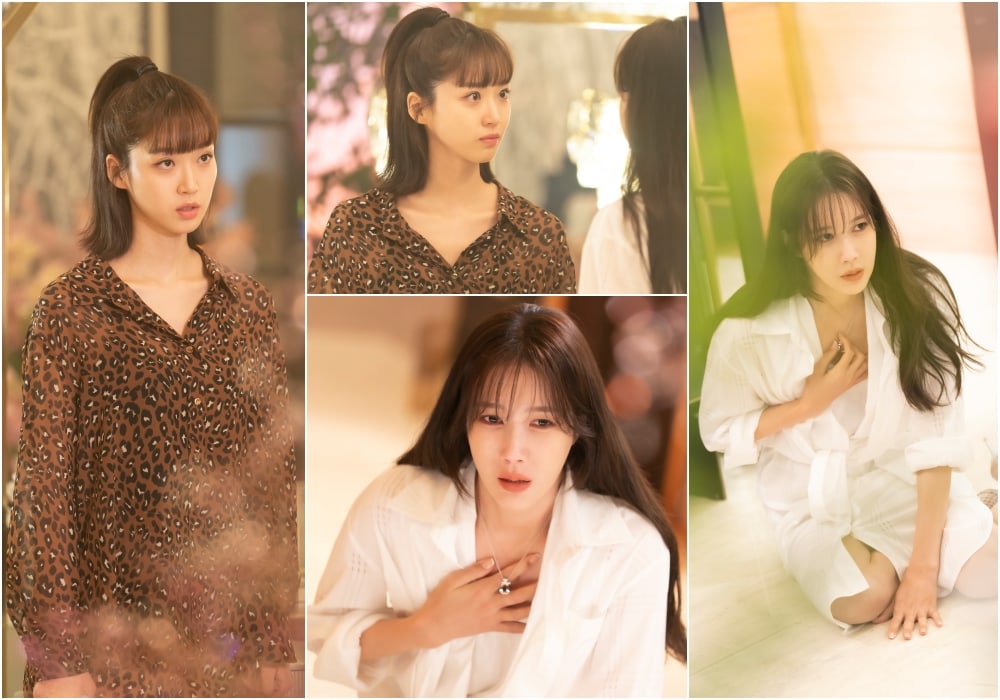 Lee Ji Ah and Han Ji Hyun always energize the set of “The Penthouse 3” with their bright chemistry. Before this intense scene, they immersed themselves into the emotional lines without any laughter and put on a passionate performance once filming started. In particular, they were able to delicately portray the various emotions of their characters who are becoming swept up in increasingly extreme conflicts.

The drama’s producers commented, “Shim Soo Ryun, who has been struggling to stay strong, faces a major crisis when her greatest weakness, maternal love, is threatened. Please watch to see how the conflict between Shim Soo Ryun and Joo Seok Kyung will play a role in Shim Soo Ryun’s revenge in the future.”

Lee Ji Ah
Han Ji Hyun
The Penthouse 3
How does this article make you feel?