KBS 2TV’s “Imitation” shared new stills ahead of the next episode!

Based on the popular webtoon of the same name, “Imitation” is about the work and love lives of idols in the competitive entertainment industry. Jung Ji So stars as Lee Ma Ha, the hard-working center of the three-member girl group Tea Party. Lim Nayoung and Minseo play Tea Party members Hyun Ji and Ri Ah, respectively.

The newly released stills show the Tea Party members facing sticky situations. In one photo, Lee Ma Ha is in shock after receiving a mysterious letter. She reads the document that talks about what will happen to Tea Party, and she looks as if she can’t believe the situation that is unfolding before her.

In the next photo, Hyun Ji is on the verge of shedding tears. Ri Ah is trying to comfort the bewildered Hyun Ji, but even the confident and cool Ri Ah is taken aback by the unexpected news. The three idols have worked hard to become a girl group that sets a new milestone in the idol world. Despite their hard work, will Tea Party eventually have to disband? 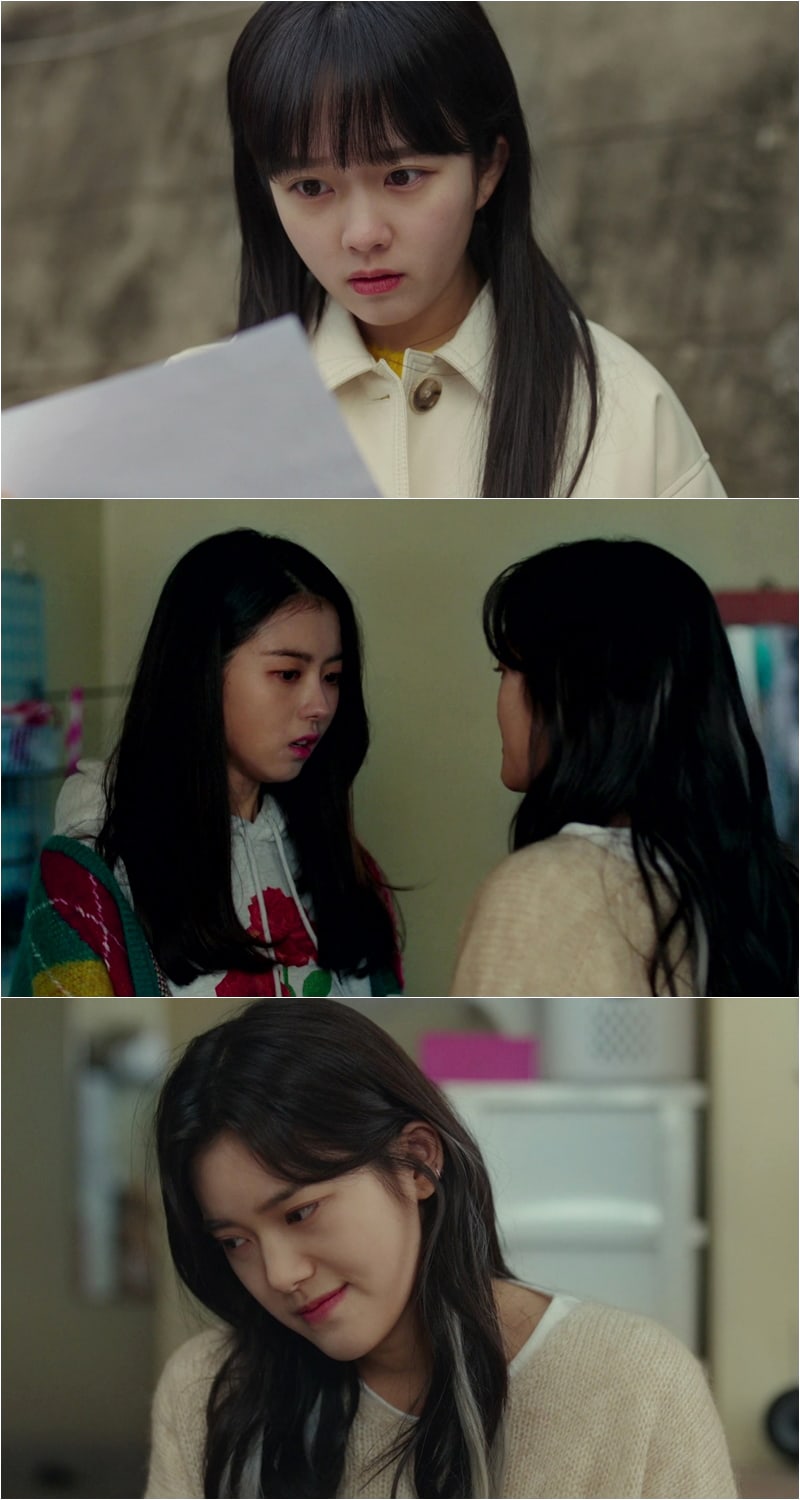 The producers of “Imitation” hinted, “Lee Ma Ha, Hyun Ji, and Ri Ah will face the biggest crisis since their debut with Tea Party. Tea Party has overcome numerous predicaments, so please watch to see what they will do next.”

Lim Nayoung
Minseo
Jung Ji So
Imitation
How does this article make you feel?