After DSP Media released a statement in response to former APRIL member Hyunjoo’s brother being cleared of defamation charges, Hyunjoo’s legal representatives released their own response to DSP Media’s statement.

On June 23, it was revealed that the police had cleared Hyunjoo’s brother of defamation charges. DSP Media had filed a defamation lawsuit against him after he posted online that Hyunjoo had been bullied by her bandmates when she was part of APRIL.

On June 24, Hyunjoo’s legal representatives released their own statement countering DSP Media’s denial of the details surrounding the police’s decision. They stated, “We ask [DSP Media] refrain from spreading uncertain information in order to sow misunderstanding among the public. The police clearly stated their opinion on whether what Lee Hyunjoo’s brother wrote was false or not.”

In their statement, the lawyers also revealed sections of the police’s written report on their decision. The two sections that were revealed deal with the two aspects of defamation: whether there was malicious intent and whether the information was known to be false.

In the “whether the information was known to be false” section, it is written, “As the younger brother of former APRIL member Lee Hyunjoo, it is true that the accused had heard directly from her about the incidents described. Regarding the APRIL bullying issue, it is true that Lee Hyunjoo was suffering because of bullying within the group and that there really were incidents like the tumbler incident and the shoe incident during her time in APRIL.”

The report continued, “As the accuser has also acknowledged that these incidents existed, we have determined that what the accused wrote does not differ much from what really happened during Lee Hyunjoo’s time in APRIL. Therefore, we cannot say that this is a case of spreading false information.”

In the “malicious intent” section, the police wrote that they could not say that this was a case of harboring malicious intent because the accused had written about bullying allegations that had already surfaced among the public prior to his post, he had not added any new information or described the incidents in inappropriate detail, and the APRIL issue was already one of public concern. 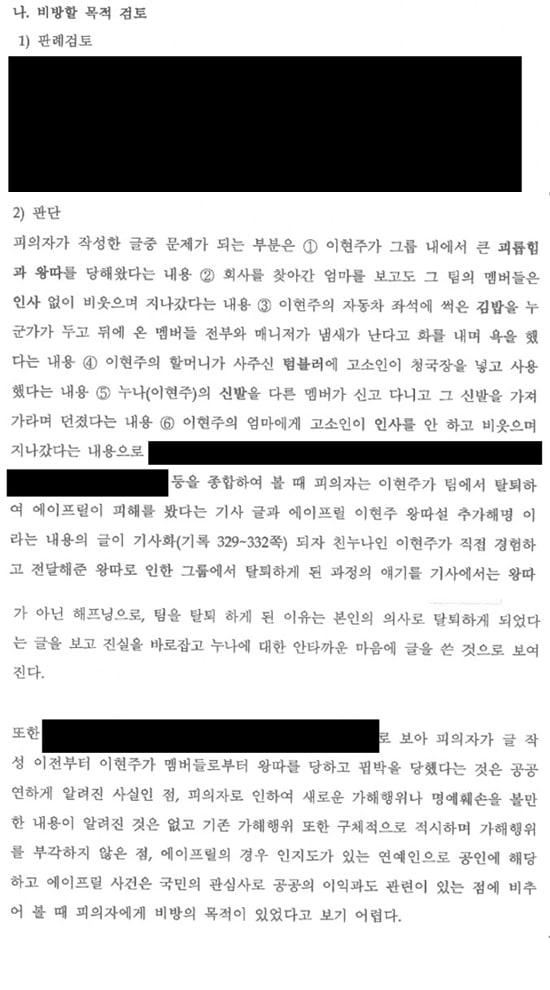 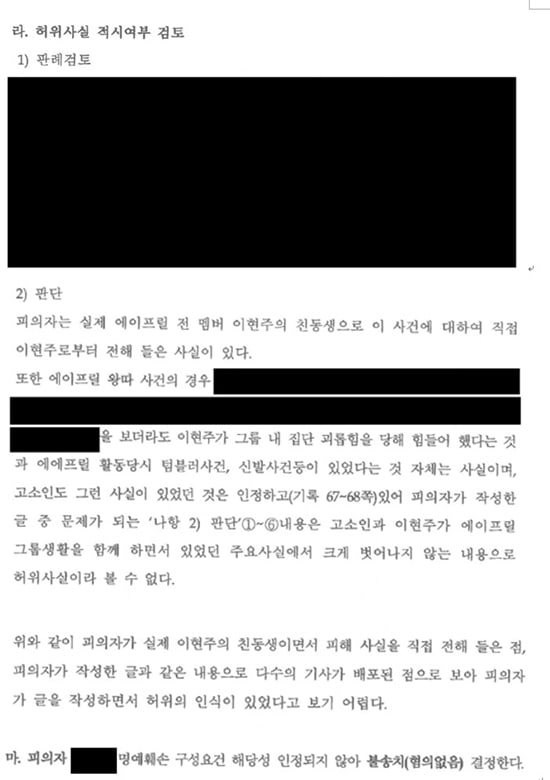 APRIL
hyunjoo
DSP Media
How does this article make you feel?