Mark your calendars: SEVENTEEN is getting ready to meet their fans both online and offline later this summer!

On June 24, Pledis Entertainment officially announced that SEVENTEEN would be holding their fifth fan meeting “SEVENTEEN in CARAT LAND” this August. The fan meeting, which will be held in person at Jamsil Indoor Stadium for three days from August 6 to 8, will simultaneously be streamed live for fans to view online.

Pledis Entertainment stated, “For the offline fan meeting, in accordance with local government guidelines for the prevention of the spread [of COVID-19], tickets will only be sold for a limited number of seats to ensure that there is distancing between audience members.”

Meanwhile, SEVENTEEN recently made their highly-anticipated comeback with their eighth mini album “Your Choice,” which has since topped music charts in countries all over the world and managed to sell over a million copies in just four days. 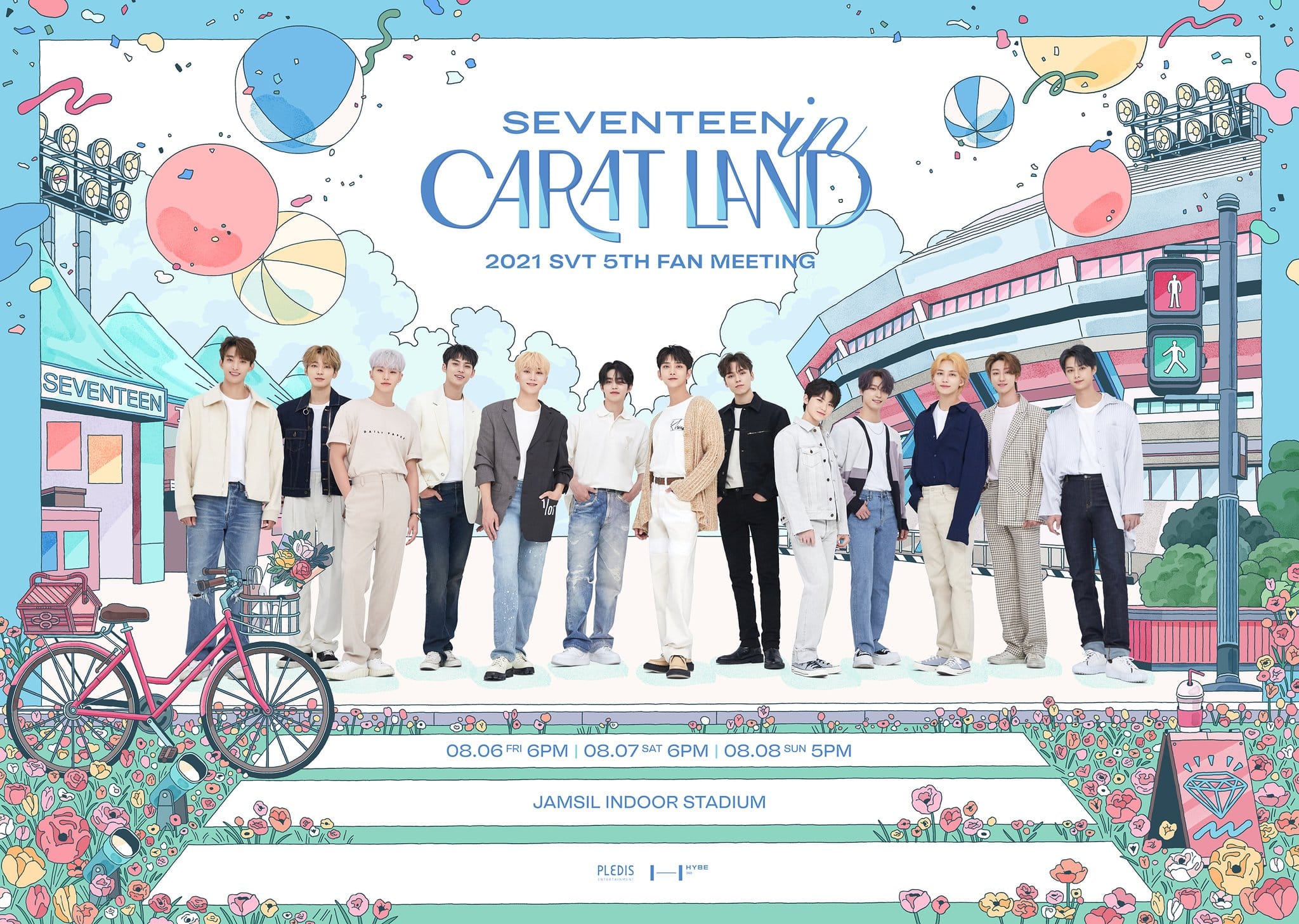 Are you excited for SEVENTEEN’s upcoming fan meeting?