SBS’s “The Penthouse 3” has revealed new stills ahead of the upcoming episode!

Joo Dan Tae (Uhm Ki Joon) and Joo Seok Kyung (Han Ji Hyun) exposed the truth about Yoo Dong Pil (Park Ho San), and Yoo Je Ni (Jin Ji Hee) was devastated when she found out that her father had been in jail for murdering someone six years ago. As a result, Yoo Dong Pil vowed to get revenge against Joo Dan Tae by finding the corpse of the woman whom Joo Dan Tae murdered six years ago. The end of the episode ended with Joo Dan Tae walking towards the fountain with an eerie smile.

The newly released stills share a peek of what happened six years ago. Joo Dan Tae and Yoo Dong Pil are pale with fright and anxiousness, and there is thick tension in the air. They are at the murder scene where their fates were reversed. Joo Dan Tae’s usually perfect suit is crumpled up with desperation, and his expression is filled with apparent panic. Yoo Dong Pil looks equally shocked as he points at something. Suddenly, Joo Dan Tae’s eyes turn cold, and there is a look of despair on Yoo Dong Pil’s face. Questions are mounting over why Joo Dan Tae killed Joo Hye In’s (Na So Ye‘s) biological mother and how Yoo Dong Pil was blamed for the murder. 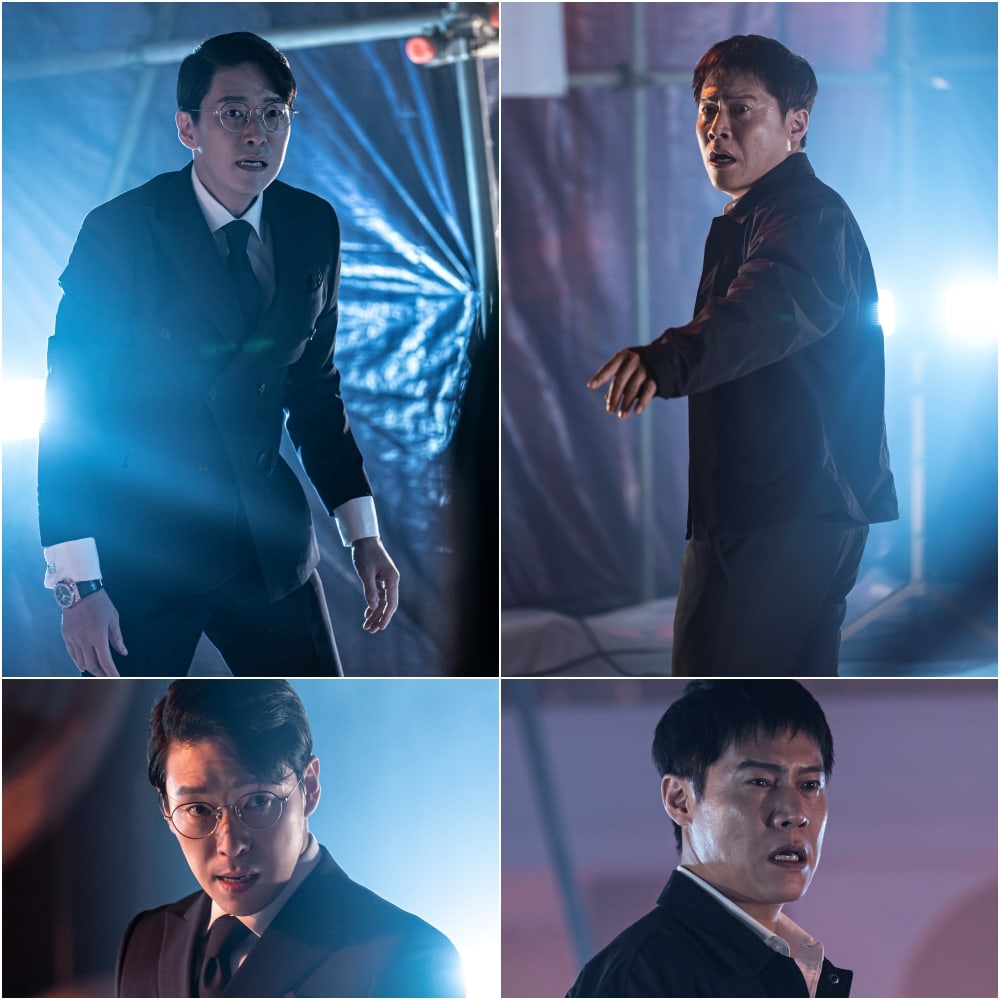 Uhm Ki Joon and Park Ho San showed high concentration without showing any signs of exhaustion despite the long filming. They put on their best performances and acted with passion and sincerity. The two actors worked together on their speech, facial expressions, and gestures through constant communication. Once shooting started, they unraveled the feelings of their characters to the best of their abilities.

The drama’s producers commented, “Uhm Ki Joon and Park Ho San’s passionate performances made everyone hold their breaths. All of Joo Dan Tae and Yoo Dong Pil’s hidden narratives will be revealed in the fourth episode that airs on June 25 at 10 p.m. Please pay attention to whether the truth of that day can serve as a weakness for Joo Dan Tae.”

Uhm Ki Joon
Park Ho San
The Penthouse 3
How does this article make you feel?