Shin Hyun Soo is one of the major reasons to look forward to the final four episodes of the historical drama “Bossam: Steal the Fate”!

Shin Hyun Soo plays Dae Yeop, a romanticist who never forgets his first love. In the beginning, he made hearts flutter with his sweet gestures to Soo Kyung. However, the appearance of Ba Woo seemed to darken him with jealousy, and his unilateral love for her grew desperate, which doubled the viewers’ sympathy for him. Despite his broken heart, Dae Yeop struggled in a lonely fight to protect Soo Kyung and Ba Woo.

Furthermore, Dae Yeop could do nothing but watch Soo Kyung from afar as she became more romantically involved with Ba Woo. He then had to draw a firm line between him and Ba Woo, who eventually became somewhat like a friend to him, with harsh words that claimed they were natural enemies because of their fathers. Nevertheless, Dae Yeop did everything he could to protect Ba Woo and Soo Kyung and even defended them from his father Lee Yi Cheom (Lee Jae Yong). 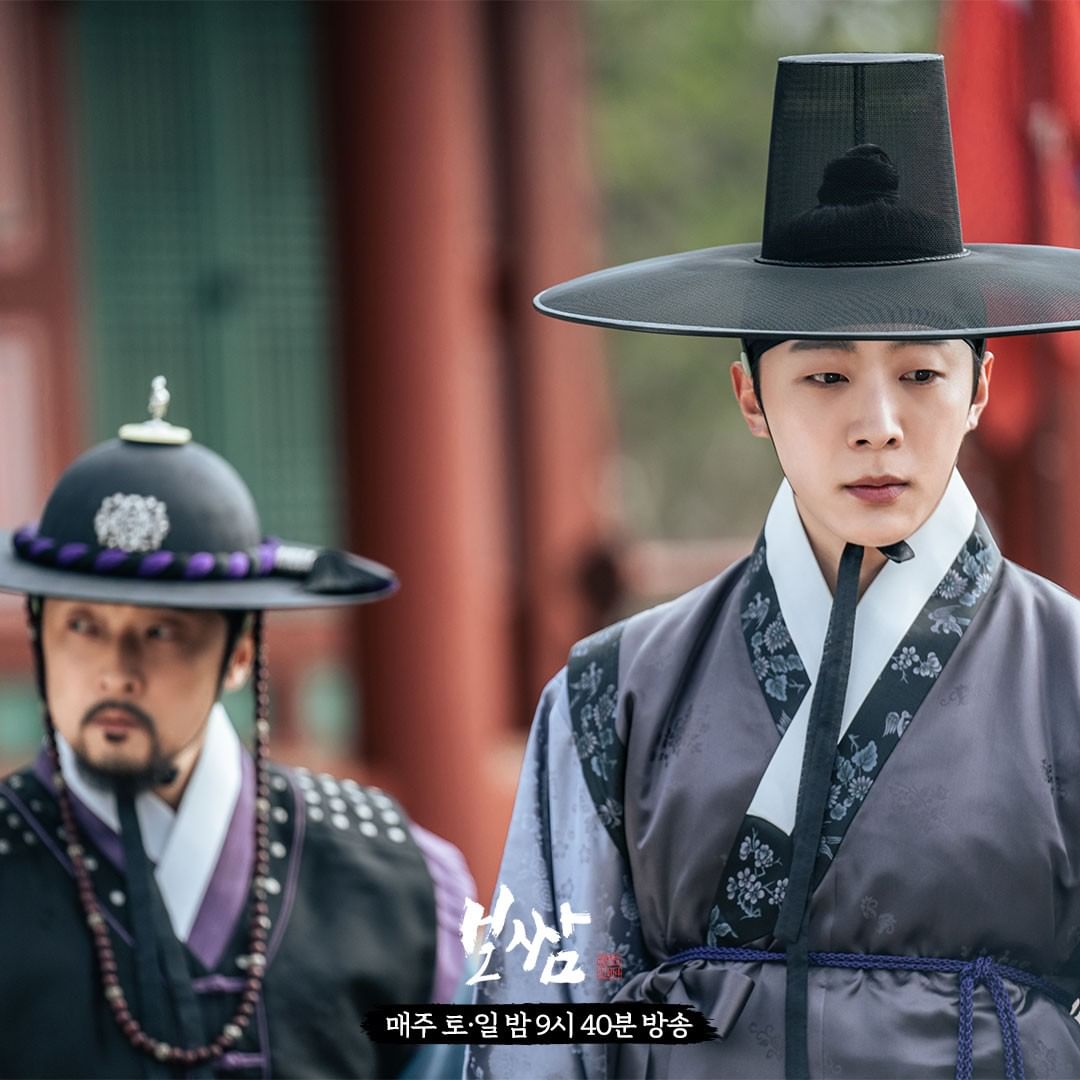 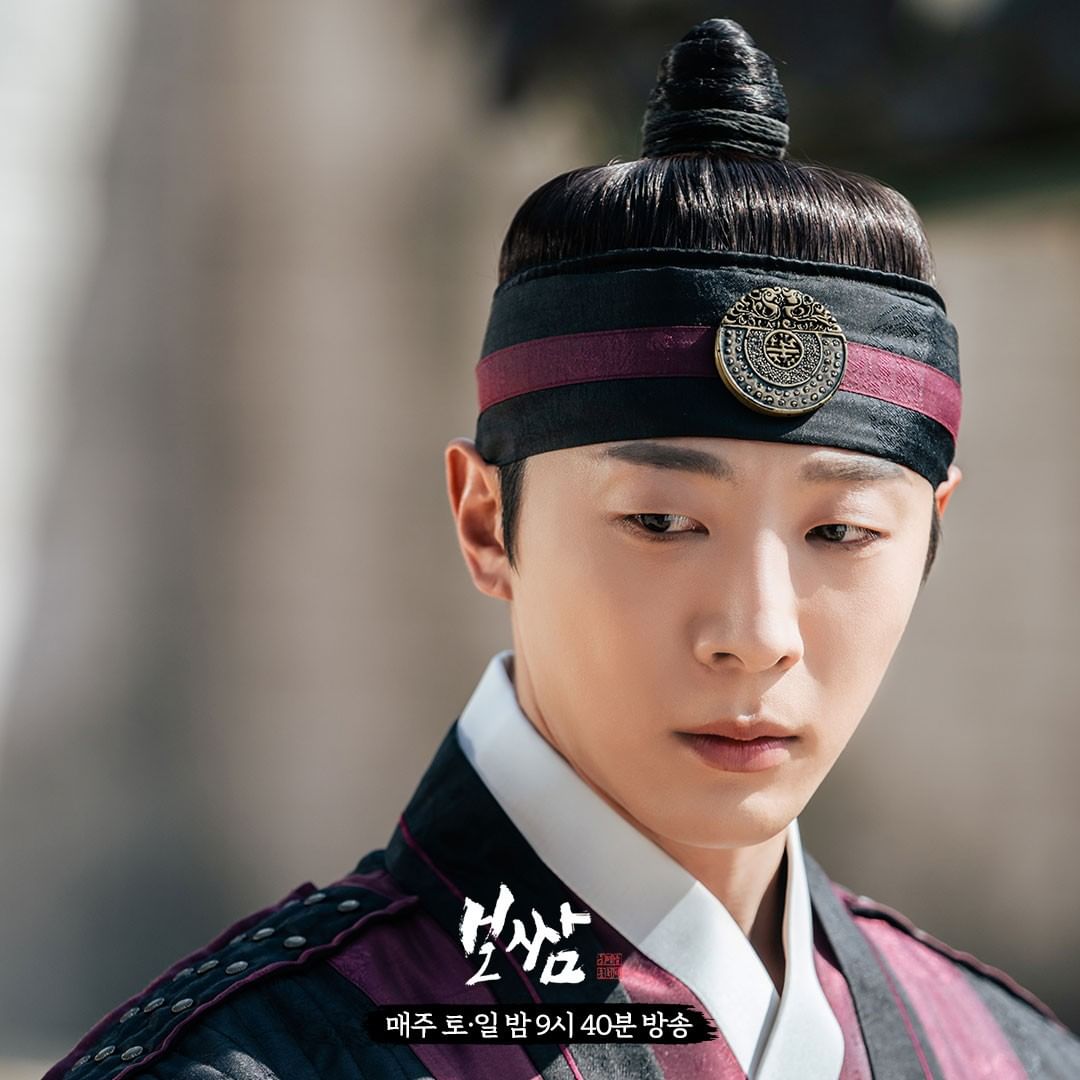 Although it seemed like Dae Yeop was heavily influenced by his father, he never betrayed Soo Kyung and Ba Woo, and he even went as far as to say that his father was wrong and the king was right. He straightforwardly told Lee Yi Cheom that there should not be any more wars in Joseon and started to grow into a more dependable person who strayed from his father’s overbearing shadows.

As a result, Lee Yi Cheom’s distrust of him increased, and he became branded as a traitor. Despite the fact that Prince Gwanghae (Kim Tae Woo) doesn’t approve of him because he’s Lee Yi Cheom’s son, Dae Yeop continued to carry out his orders, and his determination to choose a lonely path in order to protect Soo Kyung touches viewers’ hearts. 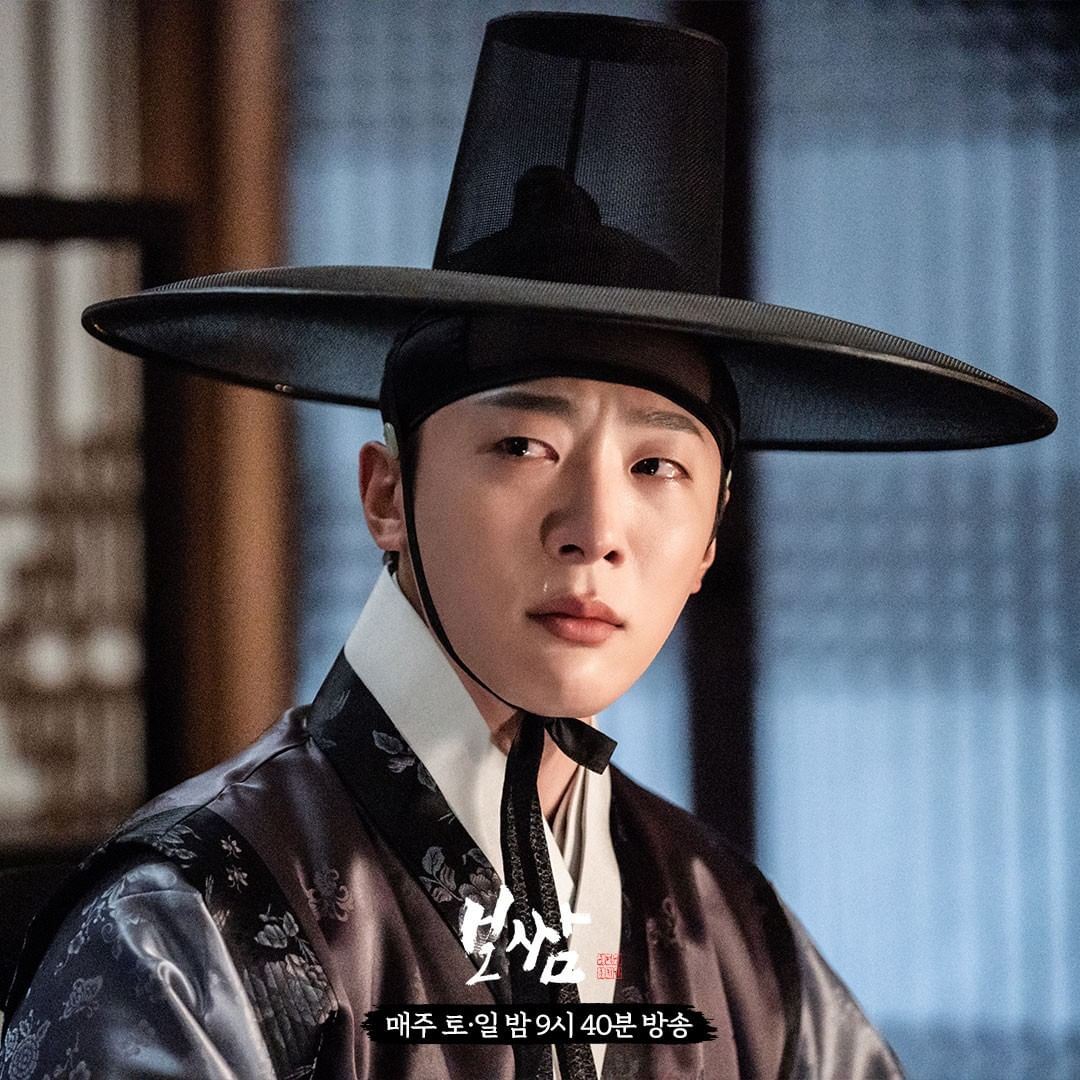 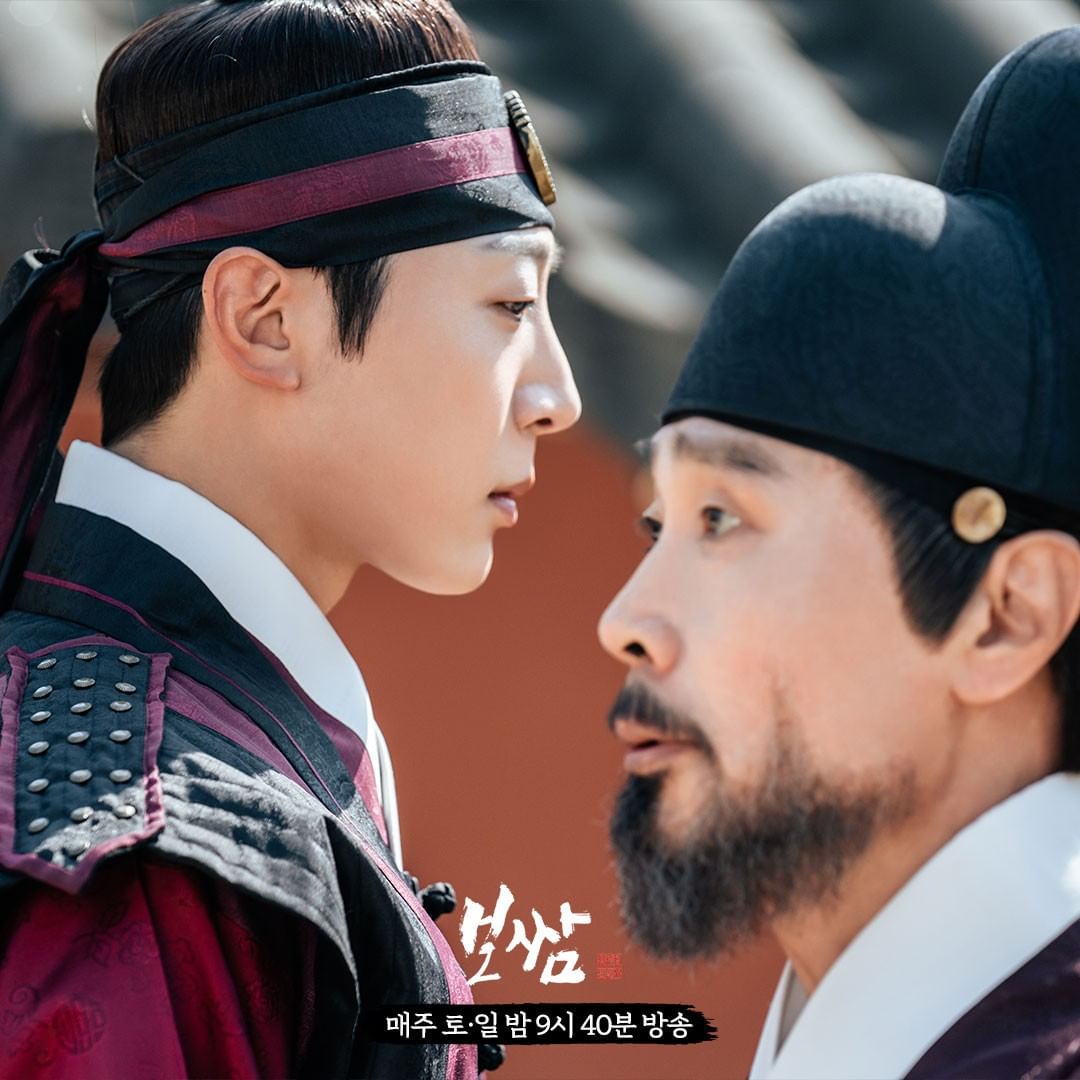 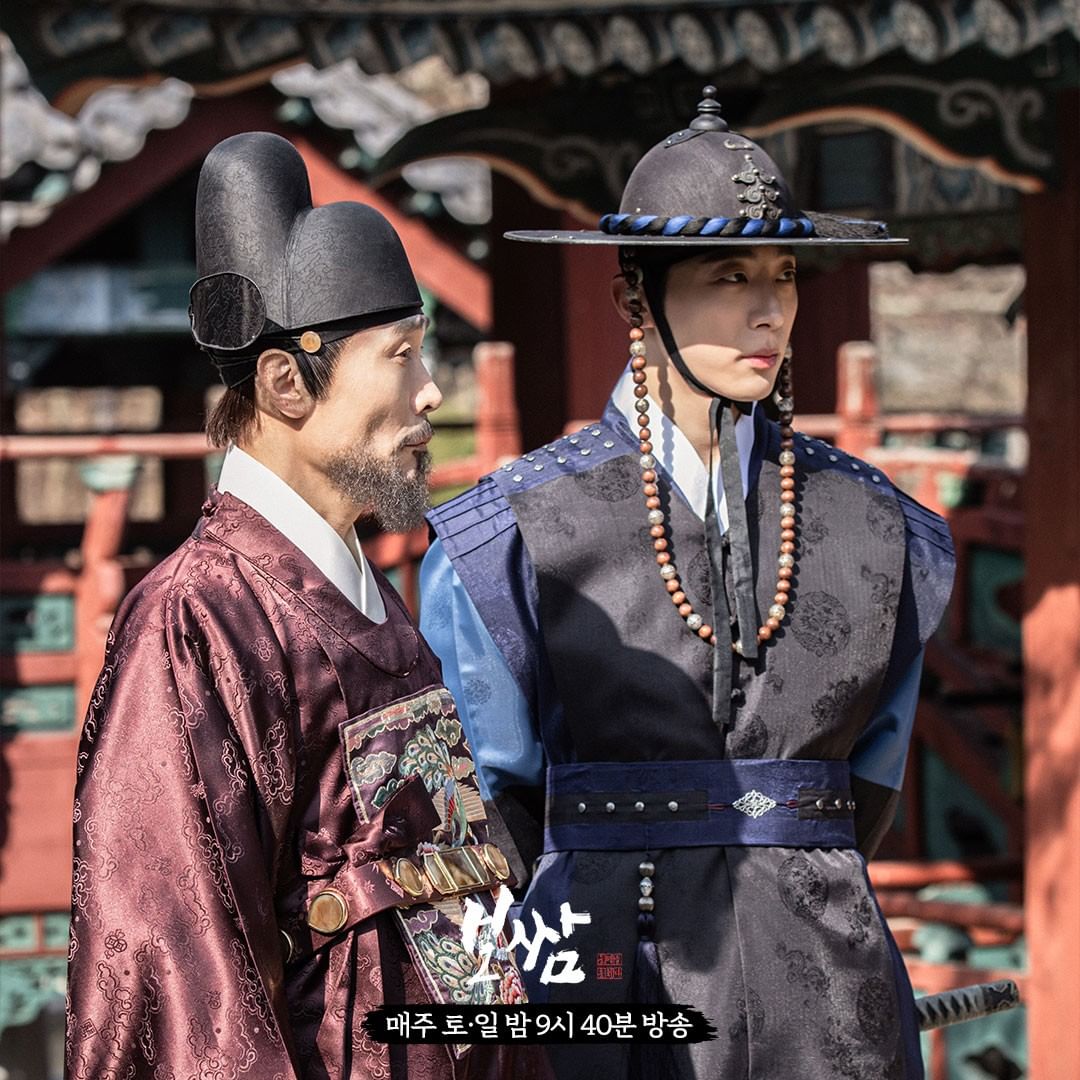 The drama’s producers commented, “Dae Yeop, who is not welcomed at home or at the palace, is expected to continue his pure love [for Soo Kyung] and firmly go his own way. Please tune into the remaining four episodes to see what will happen to him in the end.”

Shin Hyun Soo
Bossam: Steal the Fate
How does this article make you feel?