In the previous episode, Pan Sa Hyun’s (Sung Hoon’s) parents met Song Won (Lee Min Young), and his father Pan Moon Ho (Kim Eung Soo) seemed to approve of her. However, Song Won suddenly got morning sickness, which caused the situation to take a swift turn for the worse.

The new stills share a glimpse of Pan Sa Hyun and Song Won’s last date. They spend time at a nice restaurant, and they’re all smiles as they take photos of the special day. However, they can’t hide their sadness because of their impending break-up. Pan Sa Hyun gazes at Song Won with affectionate yet heartbroken eyes, and Song Won holds his hand to warmly console him. She strokes his face but tears up with a burst of emotions when he gifts her with a ring. What is the meaning behind the ring, and will the two really be able to follow through with their plan to go separate ways with smiles on their faces? 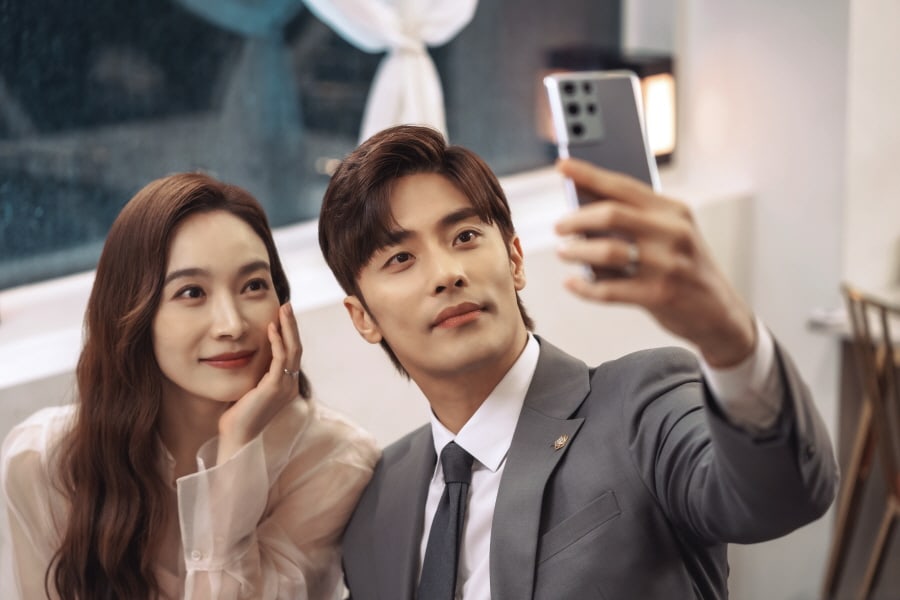 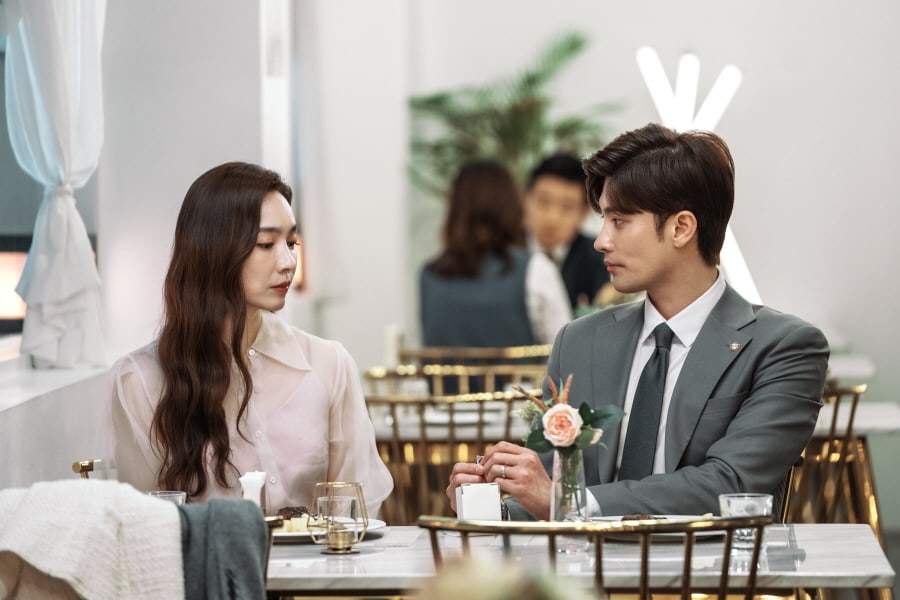 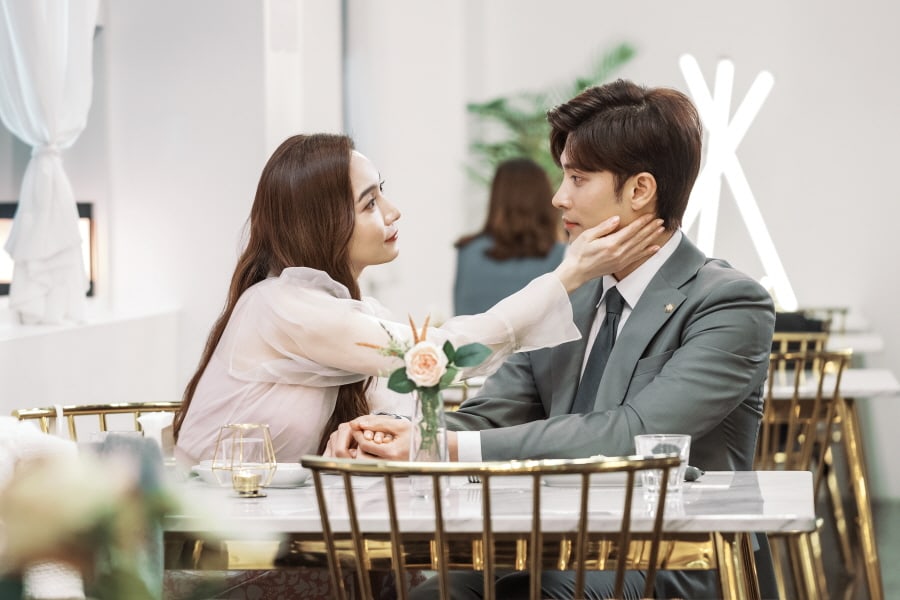 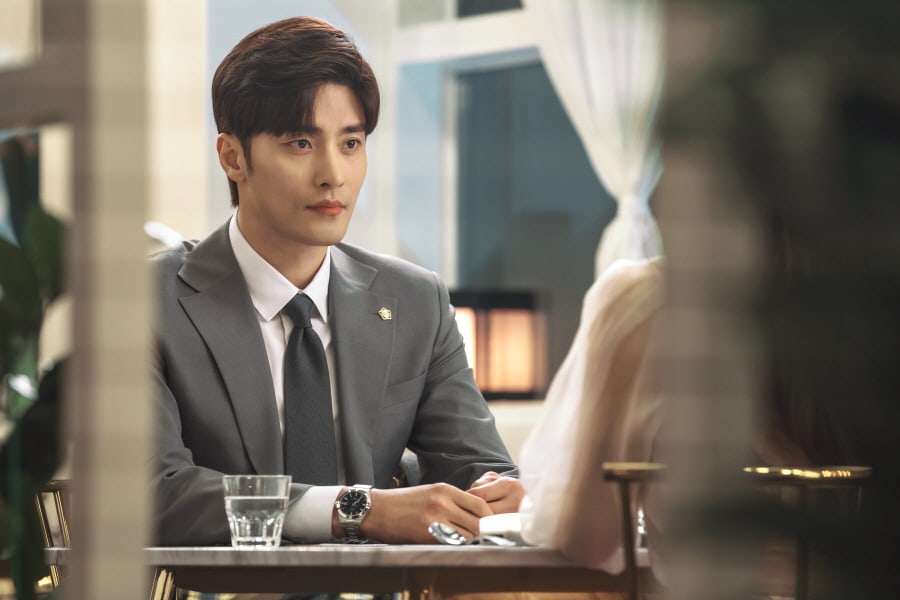 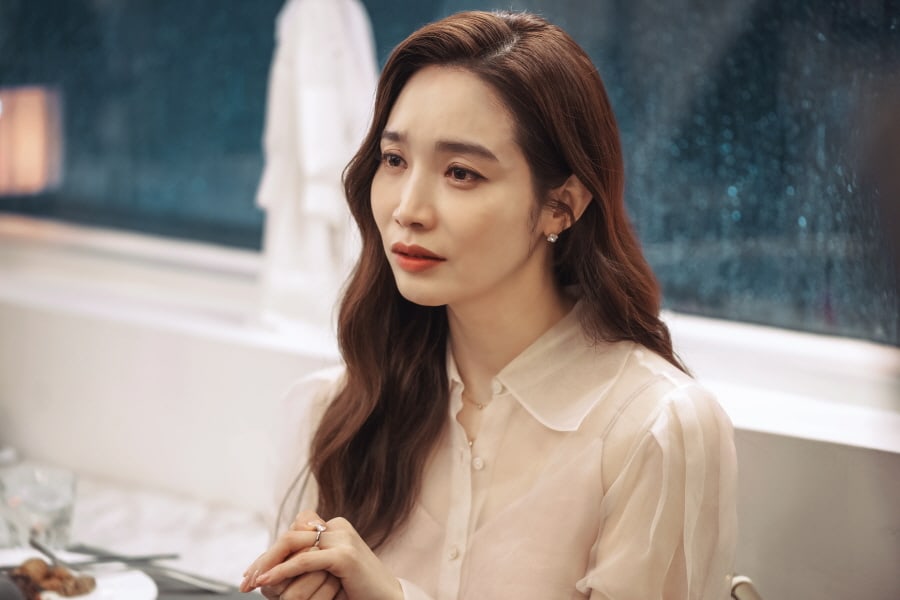 The drama’s producers commented, “Pan Sa Hyun and Song Won are drawing attention as the only couple in an affair to have a child. Just before the breakup, they will get to know exactly how they feel about each other. Tune into the drama to see how the last encounter between the two increasingly anxious people will affect their fate.”

In the meantime, watch Sung Hoon in “Are You In Love“: