Park Ji Hoon, Kang Min Ah, and Bae In Hyuk are starring in the KBS drama “At a Distance Spring Is Green,” a college campus drama about the realistic concerns and love lives of university students.

Park Ji Hoon has shown great synchronization with his character, Yeo Joon, who hides a secret pain behind his bright exterior. Kang Min Ah and Bae In Hyuk play Kim So Bin and Nam Soo Hyun, ordinary university students who worry about their grades, extracurriculars, and future careers.

Unlike their complicated, at-odds relationship in the drama, Park Ji Hoon and Bae In Hyuk were spotted hanging out like close friends on set, piggybacking one another and taking selfies. Unlike her shy character, Kang Min Ah shows a bright smile while spending time with the other cast members. Although the three lead actors joke around with each other behind-the-scenes, they are instantly professional when it comes time to work. 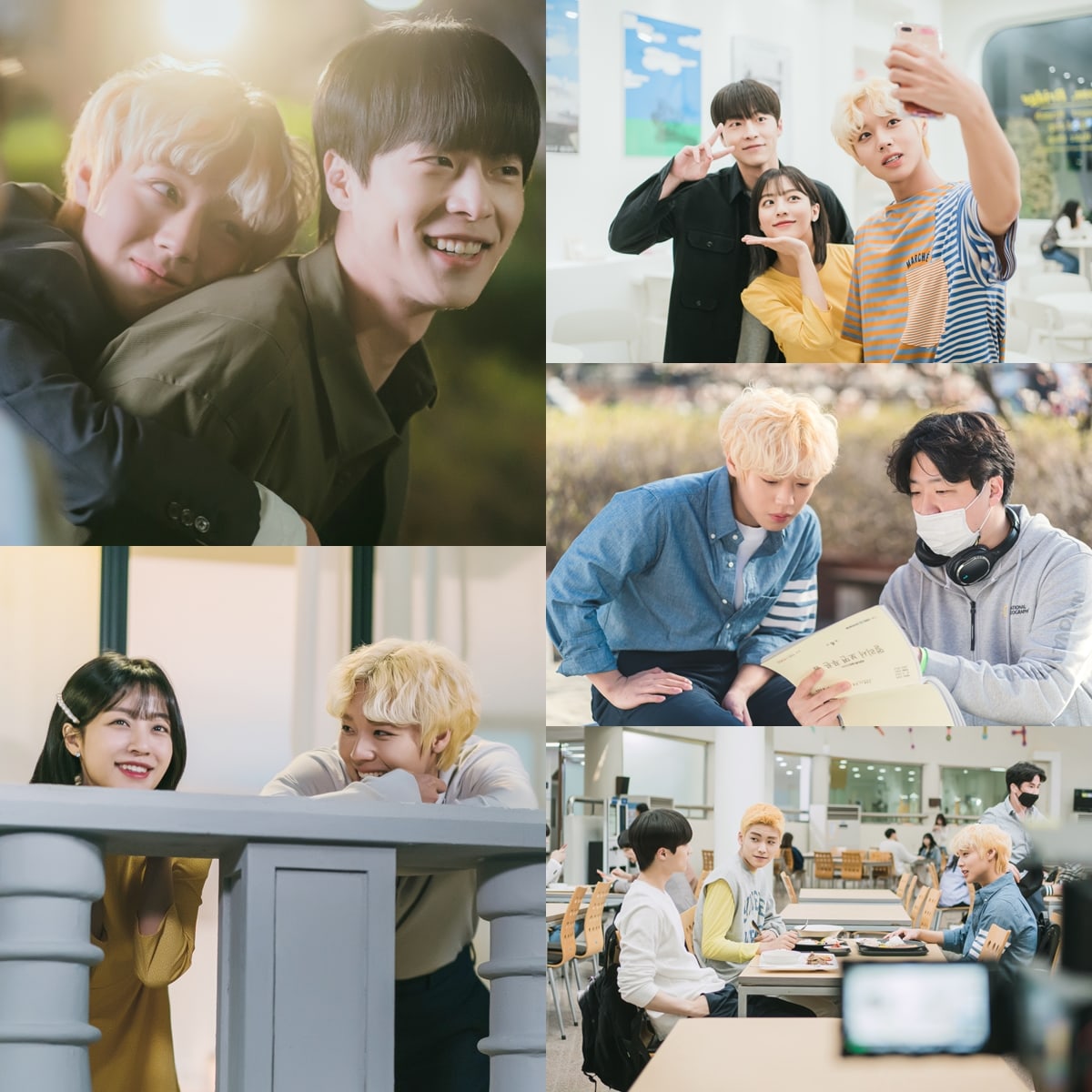 The production staff stated, “Even the behind-the-scenes cuts show the brightness of youth on set. Four episodes have aired, and upcoming episodes will show the deepening conflicts, inner pain, and more of these youths. The actors and production staff are giving it their all to deliver fun and relatable stories to the viewers, so please look forward to it.”