JTBC’s “Nevertheless” has shared more behind-the-scenes looks at some heart-fluttering scenes from the drama!

One of the behind-the-scenes videos focuses on the kiss scene at the end of the second episode. Song Kang and Han So Hee first discuss the motions of the scene, practicing how they will approach each other. When Han So Hee notes that he’s wearing a padded jacket, Song Kang immediately asks if he should give it to her, but Han So Hee laughs and shakes her head. Not long after, a stylist drops her tool, and Song Kang rushes to pick it up before turning to the camera and asking, “You filmed that, right?” 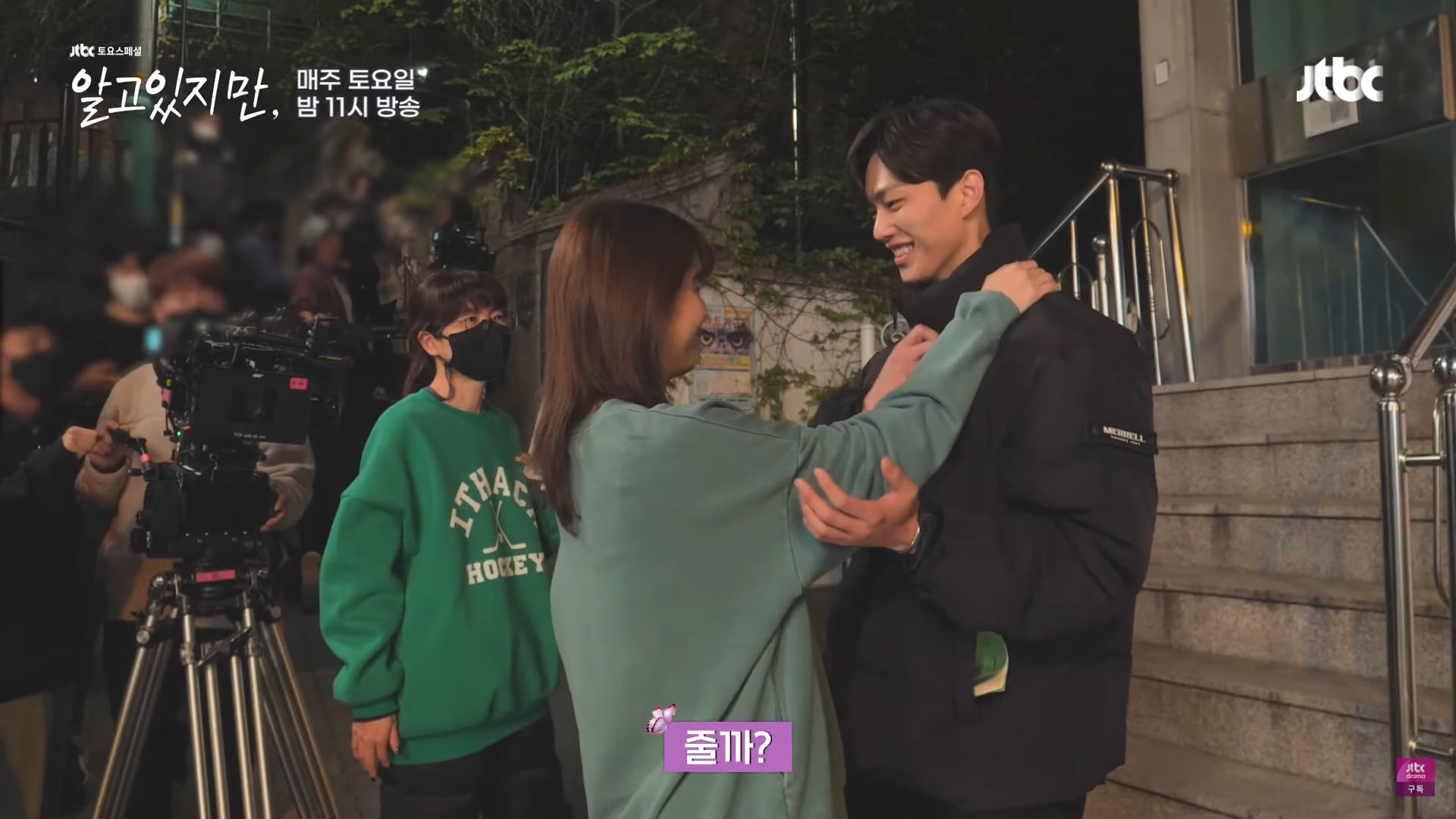 Song Kang continues to show off his gentlemanly side as he asks Han So Hee if her neck hurts after noticing how she has to turn her head for the kiss. He then lifts his hand up to her head and tells her, “I’ll support you.” Song Kang and Han So Hee continue to practice the placement of their hands before filming. In between takes, Han So Hee jokingly says, “It was just a game,” mimicking Song Kang’s character. Song Kang retaliates with his own imitation of Han So Hee’s character by swinging his arm out of her grasp. Han So Hee also tries to fix his bracelet, but Song Kang laughs and says, “It looks like a squid’s head.” 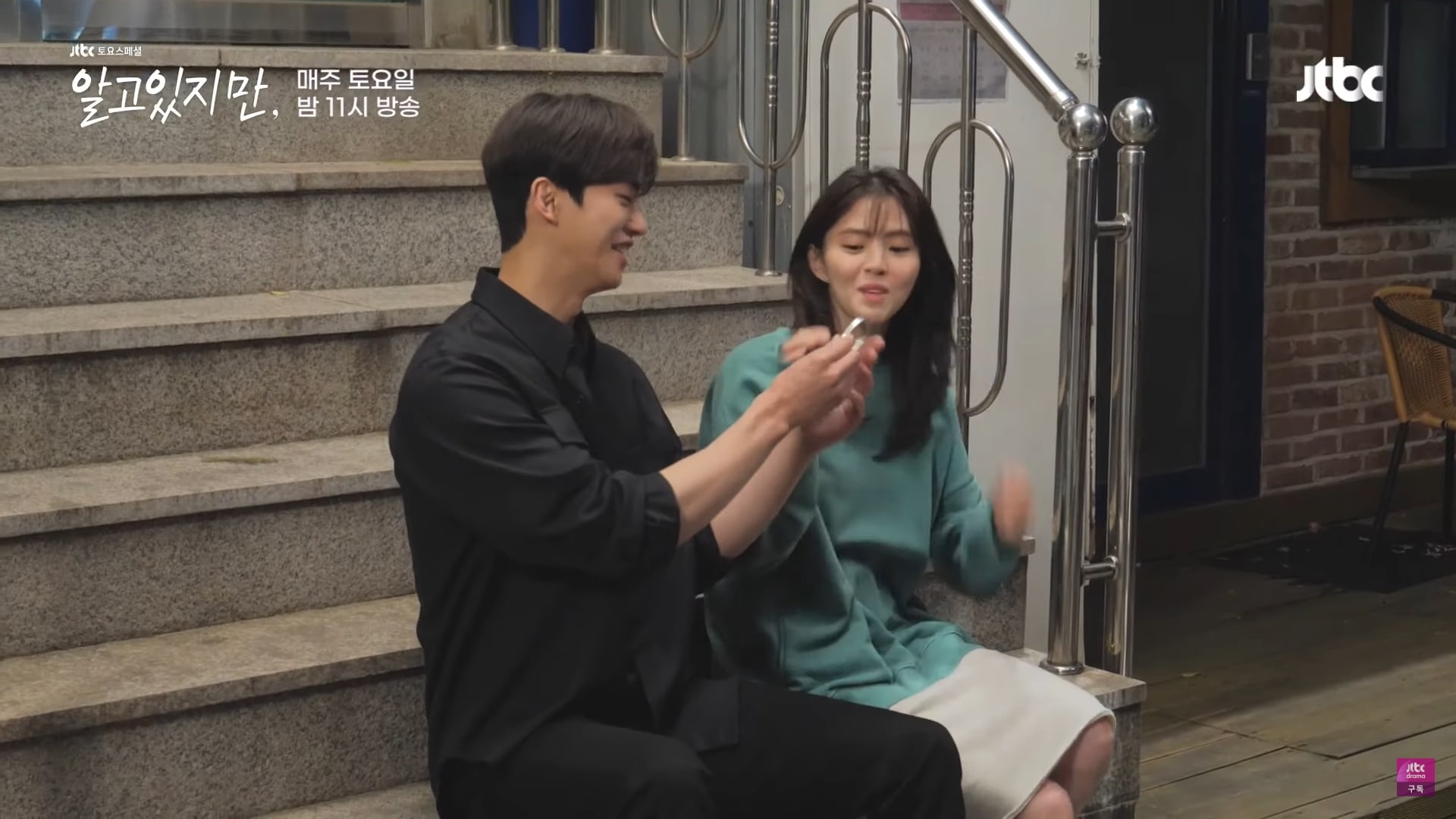 The pair return to filming, never losing their grasp on their emotions even after going through the scene multiple times. When Song Kang notices that Han So Hee looks tired, he says, “Sleep. I’ll do it by myself. I’ll even say your lines.” He also spreads his legs further apart to be closer in height to Han So Hee, checking to make sure it doesn’t show up on camera. The actors continue to do multiple takes before bringing the scene to completion.

Another video gives viewers a look at the scene where Song Kang’s character draws a butterfly on Han So Hee’s character’s arm. Song Kang practices his drawing on a napkin, but gets flustered when he realizes the position on Han So Hee’s arm is different than what he’d practiced. He runs into more trouble with the awkward positioning of his long legs on the chair, which makes the surrounding staff burst into laughter.

When it’s finally time to draw the butterfly on Han So Hee’s arm, Song Kang’s dilemma is resolved as the butterfly pattern gets stamped on her arm first. When told to blow on her arm, Song Kang makes a sound while doing so, and both Han So Hee and the director jokingly hit him on the shoulder. After filming the next part of the scene, Song Kang realizes he had smudged the butterfly drawing. He ends up drawing it one more time, finally earning an “Okay” for the scene.

Check out the video with English subtitles below!

Also check out Song Kang in “When the Devil Calls Your Name” below: