tvN’s upcoming drama “The Devil Judge” has released a character relationship chart mapping out the complex network that binds the interesting cast together.

“The Devil Judge” takes place in an alternate dystopian Korea where trials are held with the entire nation participating via a live courtroom broadcast. In these chaotic times, is head judge Kang Yo Han a hero of the people or a devil who wears the mask of the law?

Ji Sung, GOT7’s Jinyoung, Kim Min Jung, and Park Gyu Young anchor the relationship chart as the four leads of the show. Ji Sung plays Kang Yo Han, the head judge, while Jinyoung plays Kim Ga On, an associate judge in the same courtroom. According to the chart, Kang Yo Han has taken an “interest” in Kim Ga On, but Kim Ga On views the head judge with “suspicion.”

Kim Ga On also has a relationship with Yoon Soo Hyun, a police detective on an investigation team, who is played by Park Gyu Young. He thinks of her as a “childhood friend,” but her relationship to him is “one-sided love” with a question mark. 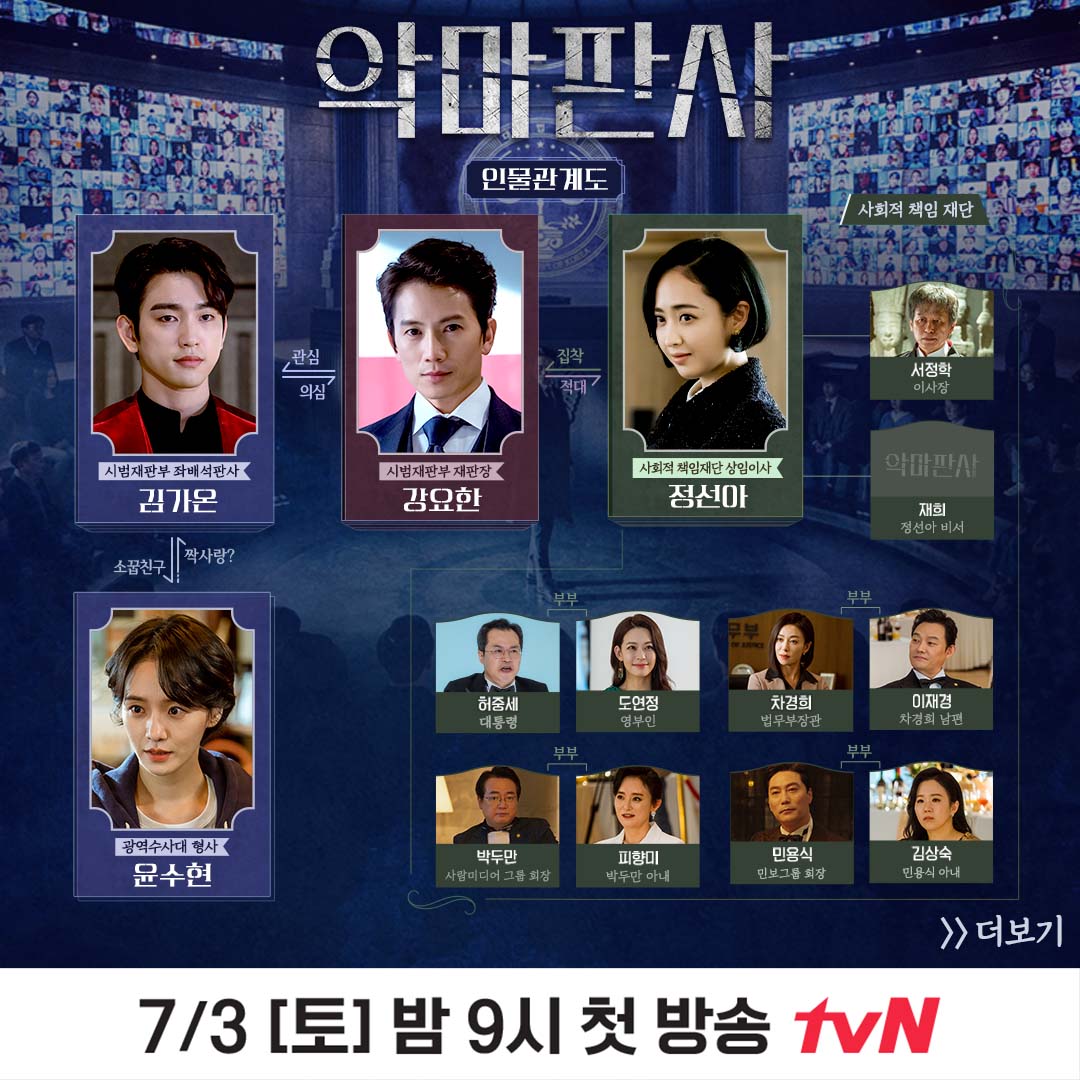 The second chart takes a closer look at Kang Yo Han’s family members and the other people involved in the courtroom. This includes Min Jung Ho (Ahn Nae Sang), a Supreme Court justice, in whom Kim Ga On has a lot of trust. Oh Jin Joo (Kim Jae Kyung) is a fellow associate judge of Kim Ga On: Kang Yo Han thinks of her as a “colleague,” but her relationship to him is defined as “favorable.” 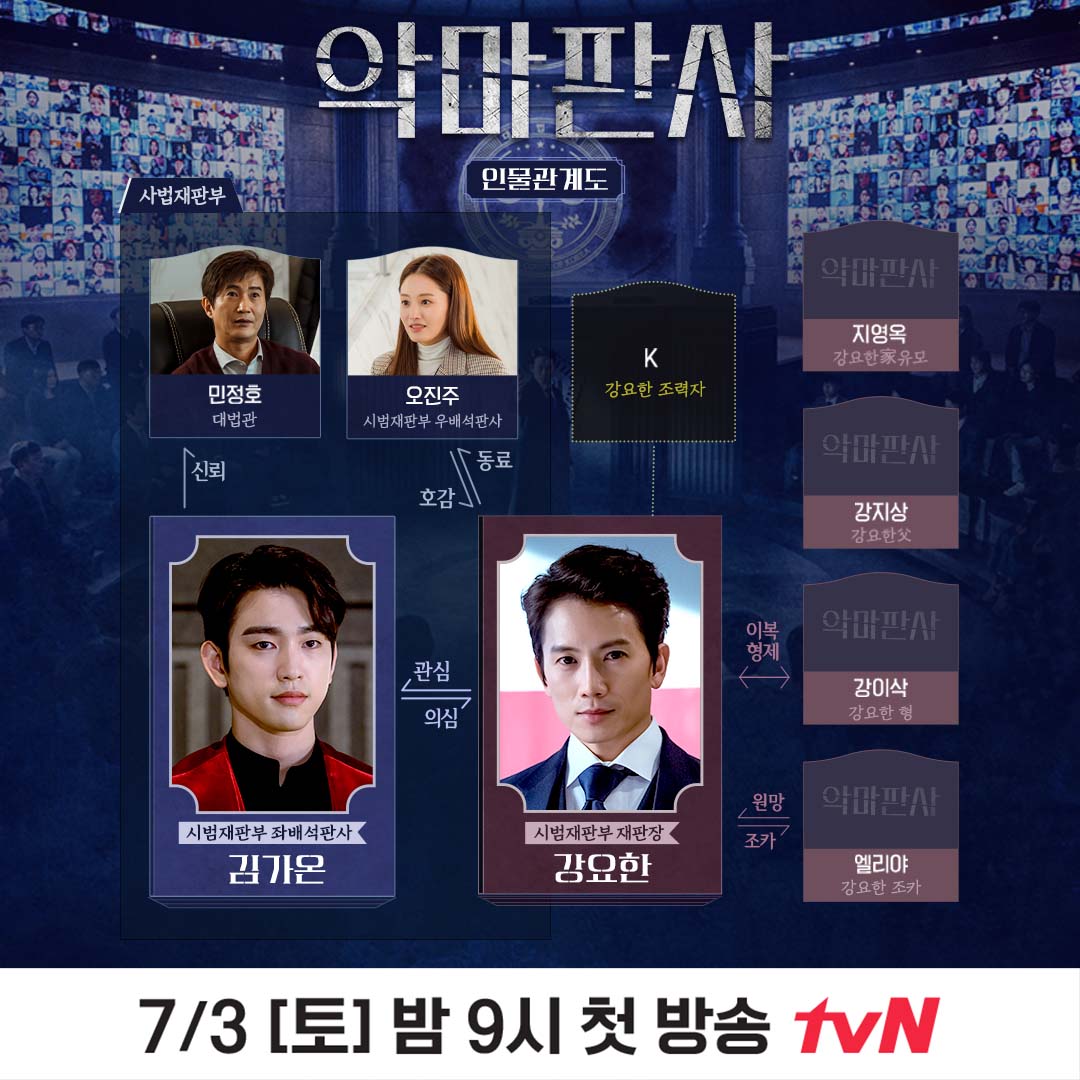