KBS’s “At a Distance Spring is Green” has shared a sneak peek of an emotional moment from its upcoming episode.

Previously on “At a Distance Spring is Green,” Yeo Joon (played by Park Ji Hoon) tried to help Kim So Bin (Kang Min Ah) with her unrequited love for Hong Chan Ki (Choi Jung Woo), but only ended up hurting her in the process.

Overwhelmed with regret, Yeo Joon turned to Nam Soo Hyun (Bae In Hyuk) for advice, and the older student urged him to be honest about his feelings—something Yeo Joon had always struggled with. Heeding his advice, Yeo Joon raced to Kim So Bin’s dorm to apologize and open up to her about his true feelings.

However, in newly released stills from the drama’s upcoming episode, the two characters’ relationship faces turbulence once again. When Kim So Bin is unexpectedly thrown into a disconcerting situation, she falls into panic after suddenly being reminded of a painful memory from her past.

Struggling with her past trauma, the visibly upset Kim So Bin tears up and coldly pushes Yeo Joon away as he looks on in concern. 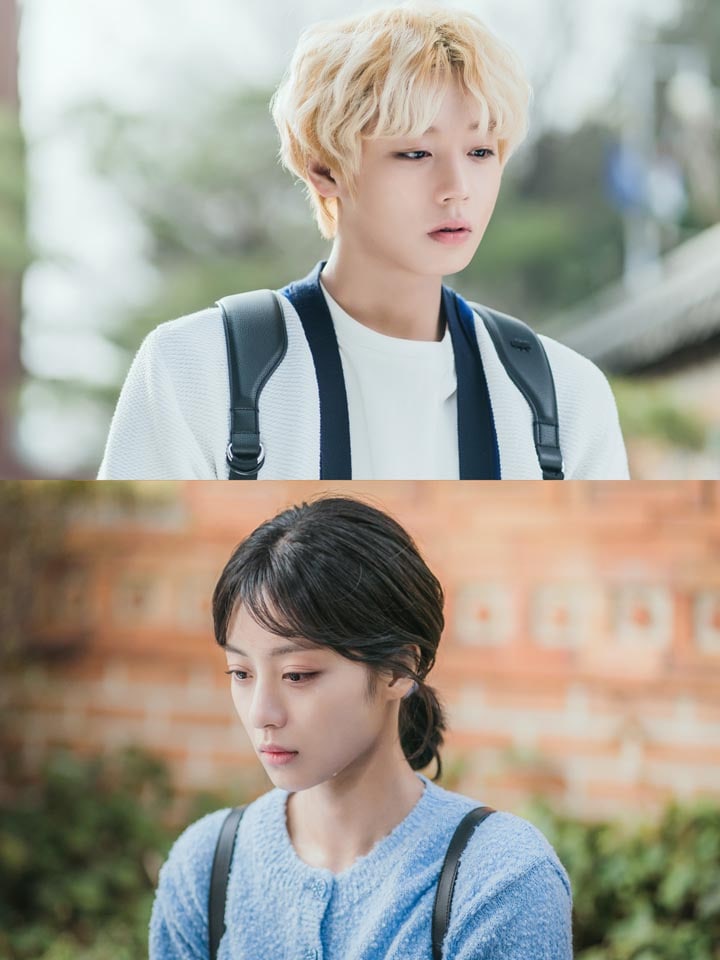 To find out why Kim So Bin was suddenly triggered—and what role Yeo Joon played in the incident—tune in to the next episode of “At a Distance Spring is Green” on June 28 at 9:30 p.m. KST.

Kang Min Ah
Park Ji Hoon
At a Distance Spring is Green
How does this article make you feel?