Watch: Park Ji Hoon, Kang Min Ah, And Bae In Hyuk Banter Playfully On Set Of “At A Distance Spring Is Green”

KBS’s “At a Distance Spring is Green” released a new making-of video with Kang Min Ah, Park Ji Hoon, and Bae In Hyuk!

The behind-the-scenes video begins with Park Ji Hoon secretly inserting 1,000 won (approximately $0.89) into a crane machine. However, he gets flustered when the machine eats his money. In disbelief, Park Ji Hoon keeps checking the machine and comments, “It’s even two tries per 1,000 won. This really put me in a bad mood.” Park Ji Hoon then pulls out his prop wallet full of cash, and he pretends to insert 50,000 won (approximately $44.35) into the crane machine.

Trying out the clothes Yeo Joon (Park Ji Hoon) picks out for her, Kang Min Ah asks, “Why does everyone keep making fun of me?” To the camera, she asks, “How is it? Why are you laughing? Joon picked out weird clothes for me. Joon, I’ll pick my own clothes.”

Park Ji Hoon gets playful while looking at the accessories, sharing that the miniature shoe he’s holding up is very expensive because it was actually once worn by a dwarf. He also shows Kang Min Ah an interesting white hairpin and asks her, “Whose teeth are these?” Kang Min Ah points out that the pink bunny and bear accessories would suit Park Ji Hoon, but he states that the dinosaur ones would suit him better. 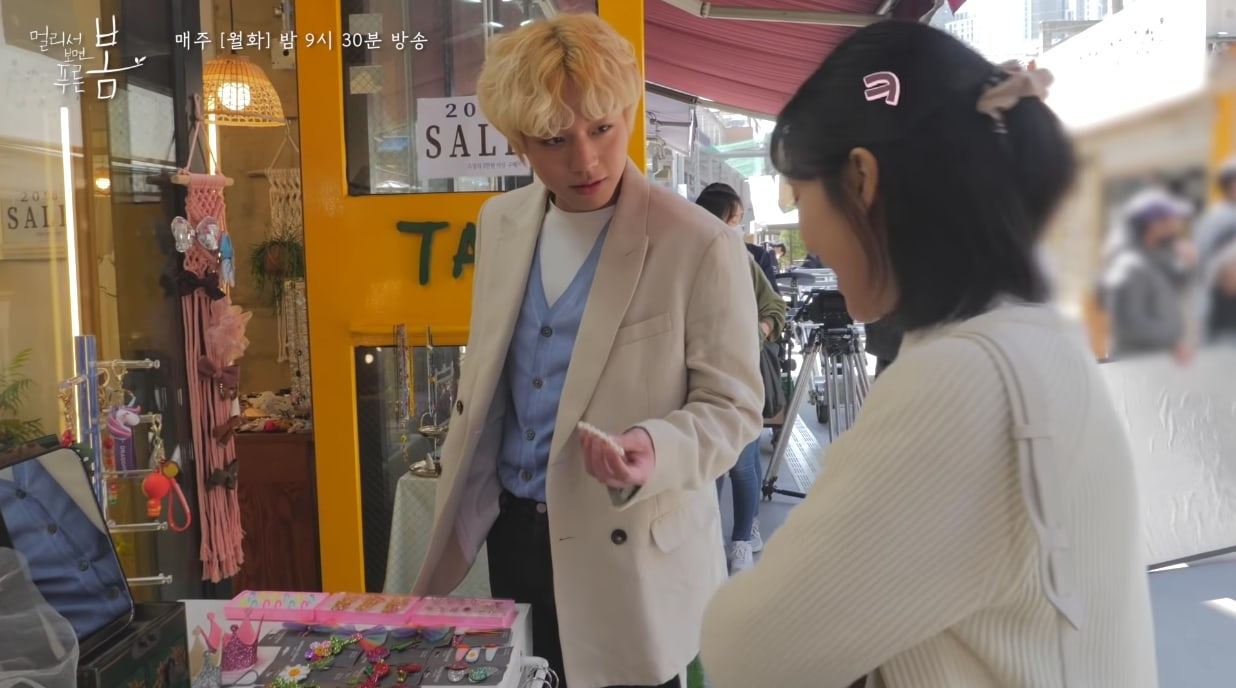 While eating ice cream, Park Ji Hoon forgets his line. The staff member comments, “The ice cream doesn’t have many lives.” Kang Min Ah reveals that she’s almost done eating her ice cream, explaining that she was afraid it would melt. The two actors begin to compare their preferences, and they realize that they have completely opposite tastes with their only similarity being that they prefer going to the sea over going to the mountains. Kang Min Ah is also surprised to learn that Park Ji Hoon likes mint chocolate. He comments, “The toothpaste-like taste is so delicious.”

Park Ji Hoon and Kang Min Ah sniff the food placed on Bae In Hyuk’s shoulders, which is supposed to be food that Yeo Joon threw up. Eventually, Bae In Hyuk joins in on the fun and says, “The smell isn’t bad,” and the other two playfully shout, “Ew!”

Kang Min Ah keeps failing to open the door using Park Ji Hoon’s fingerprint, making everyone on set burst out laughing. She shouts, “Why won’t it work when I do it? [The door] must know that someone else is opening it.” Afterwards, the door opens easily in one attempt when Park Ji Hoon tries.