Cha Tae Hyun will be playing the veteran detective Yoo Dong Man who solves cases with his guts and determination. Yoo Dong Man represents the older generation, running anywhere and anytime on foot if it’s to the scene of a case. Jinyoung will be playing the genius hacker Kang Sun Ho, who is intelligent but doesn’t have any desires. The two who are from completely different generations with vastly different personalities will showcase a never-before-seen type of chemistry as they become entangled in a complex way.

In the new stills, Yoo Dong Man and Kang Sun Ho share a tense confrontation at the police station. Yoo Dong Man looks surprised with his eyes wide open as he points to someone, and at the tip of his finger is Kang Sun Ho, who is avoiding his gaze. Viewers are curious to find out how the two are intertwined and what the details behind their problematic encounter will be. 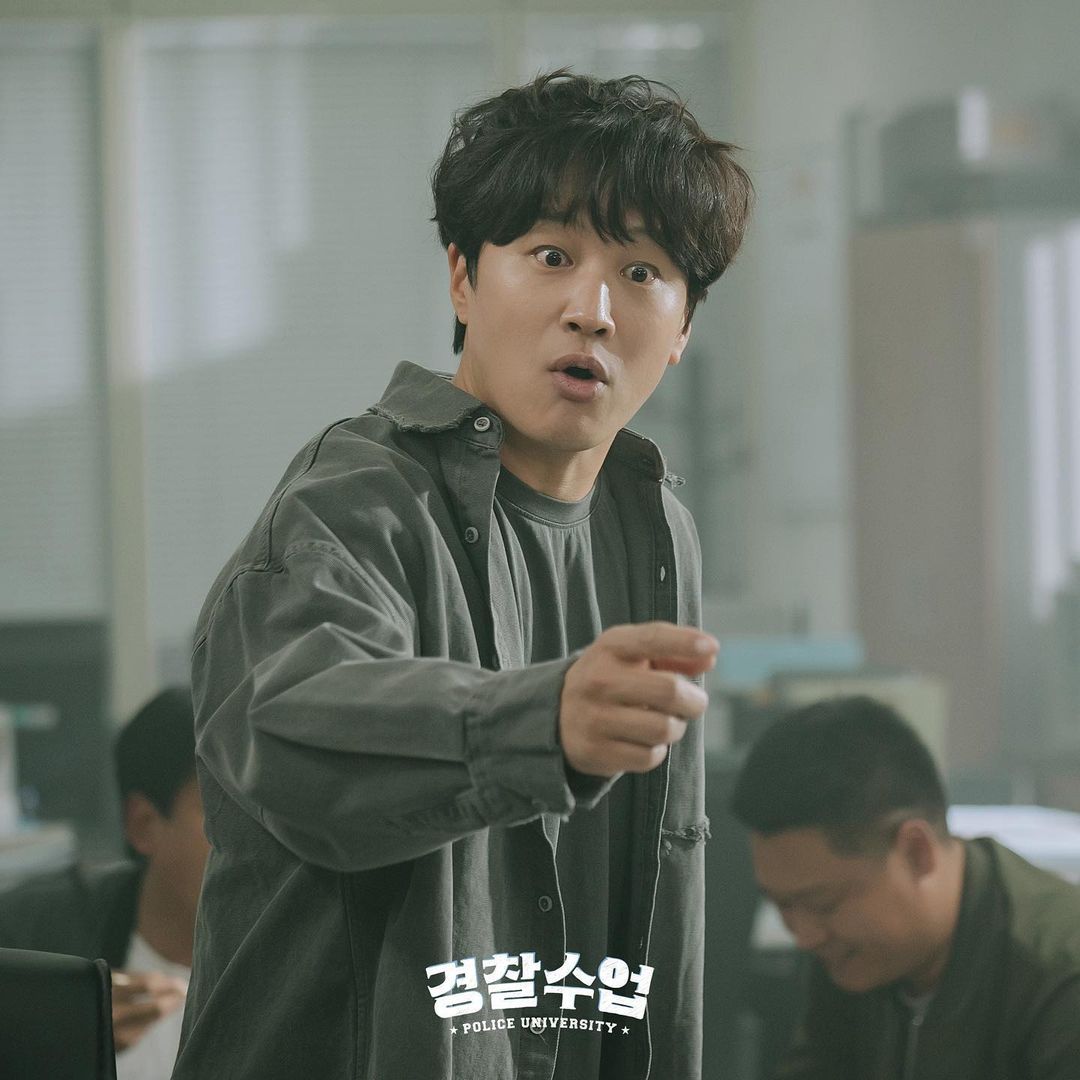 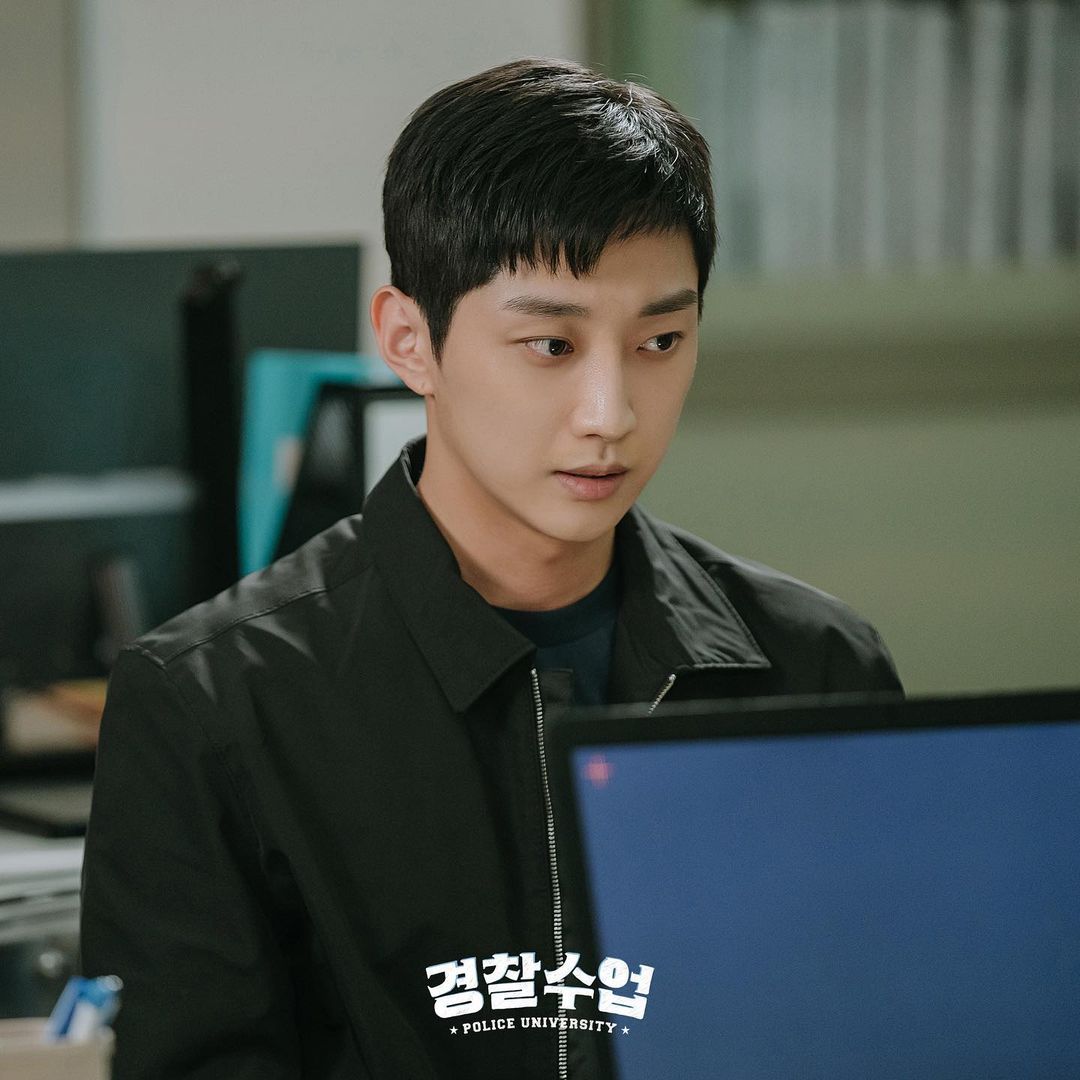 When Yoo Dong Man’s and Kang Sun Ho’s gazes finally meet, they create a strained atmosphere. The two will unexpectedly begin collaborating even though they continuously collide with each other. 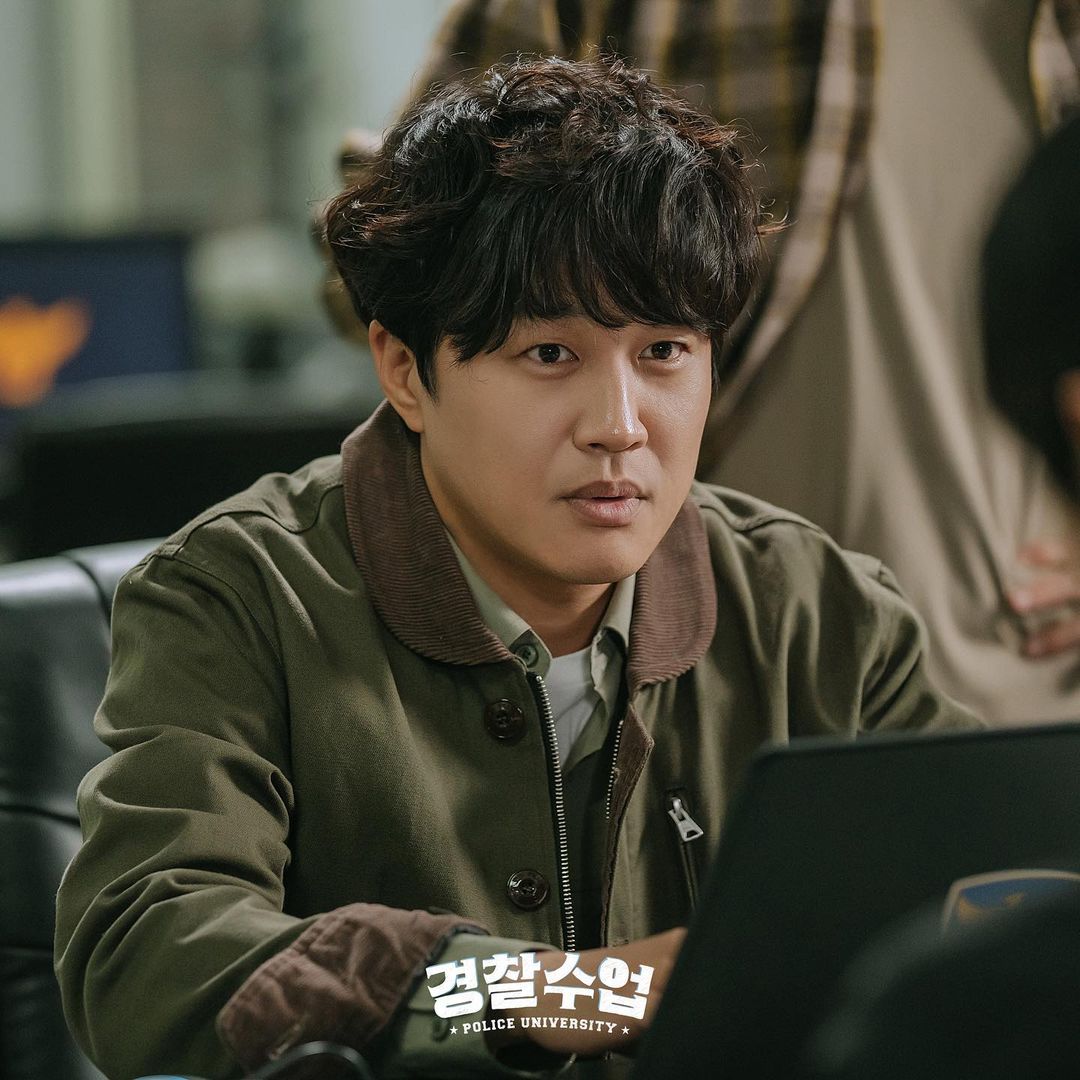 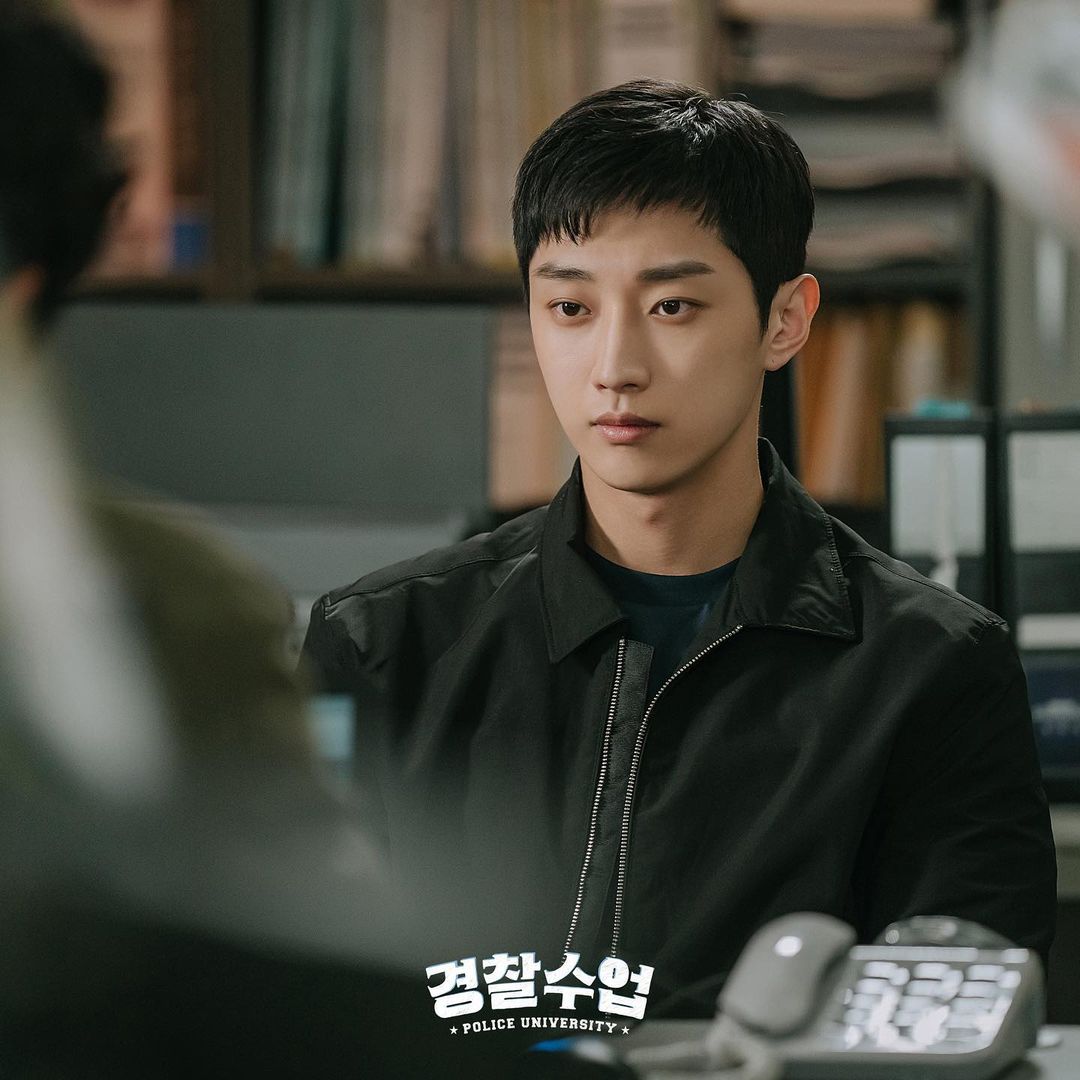 “Police University” will air after the conclusion of “At a Distance Spring is Green” in the second half of the year.

While you wait, watch Jinyoung in “The Dude in Me” here: