tvN’s “Doom at Your Service” shared a glimpse of the next episode!

Previously, Myul Mang and Tak Dong Kyung had no choice but to separate due to their cruel fate. Before he vanished, he wished for her happiness, and she broke down in the rain.

On June 28, the drama unveiled new stills of Tak Dong Kyung at Myul Mang’s home. She looks around with longing, and her eyes are filled with emptiness. She gazes at a photo of them and attempts to put a smile on her face. However, she eventually starts to shed tears. Tak Dong Kyung discovers his phone that she had gotten for him, and she spots something on it that makes her stare at it for a long time. Viewers are curious why Tak Dong Kyung started to cry and what will happen now that Myul Mang is no longer in her world. 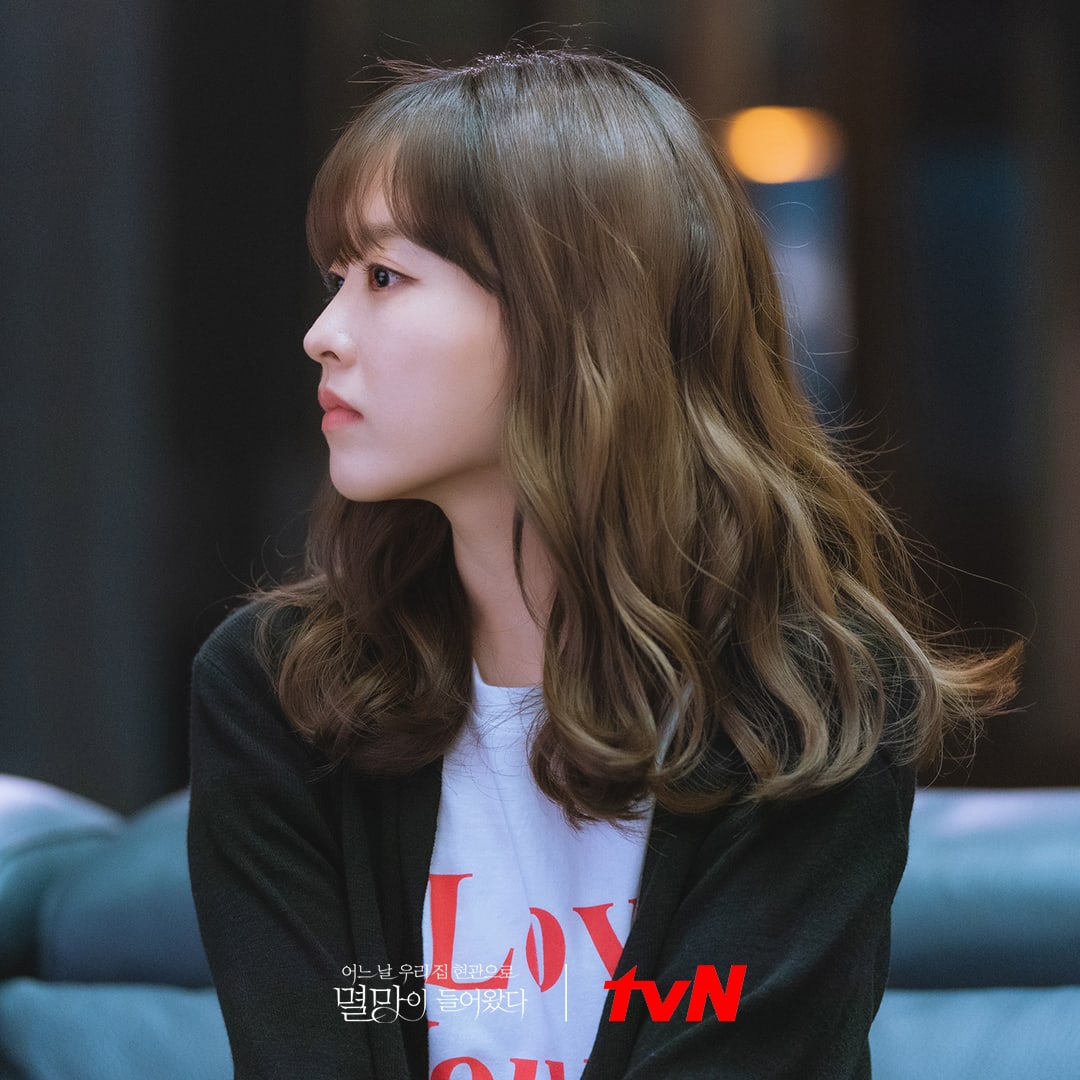 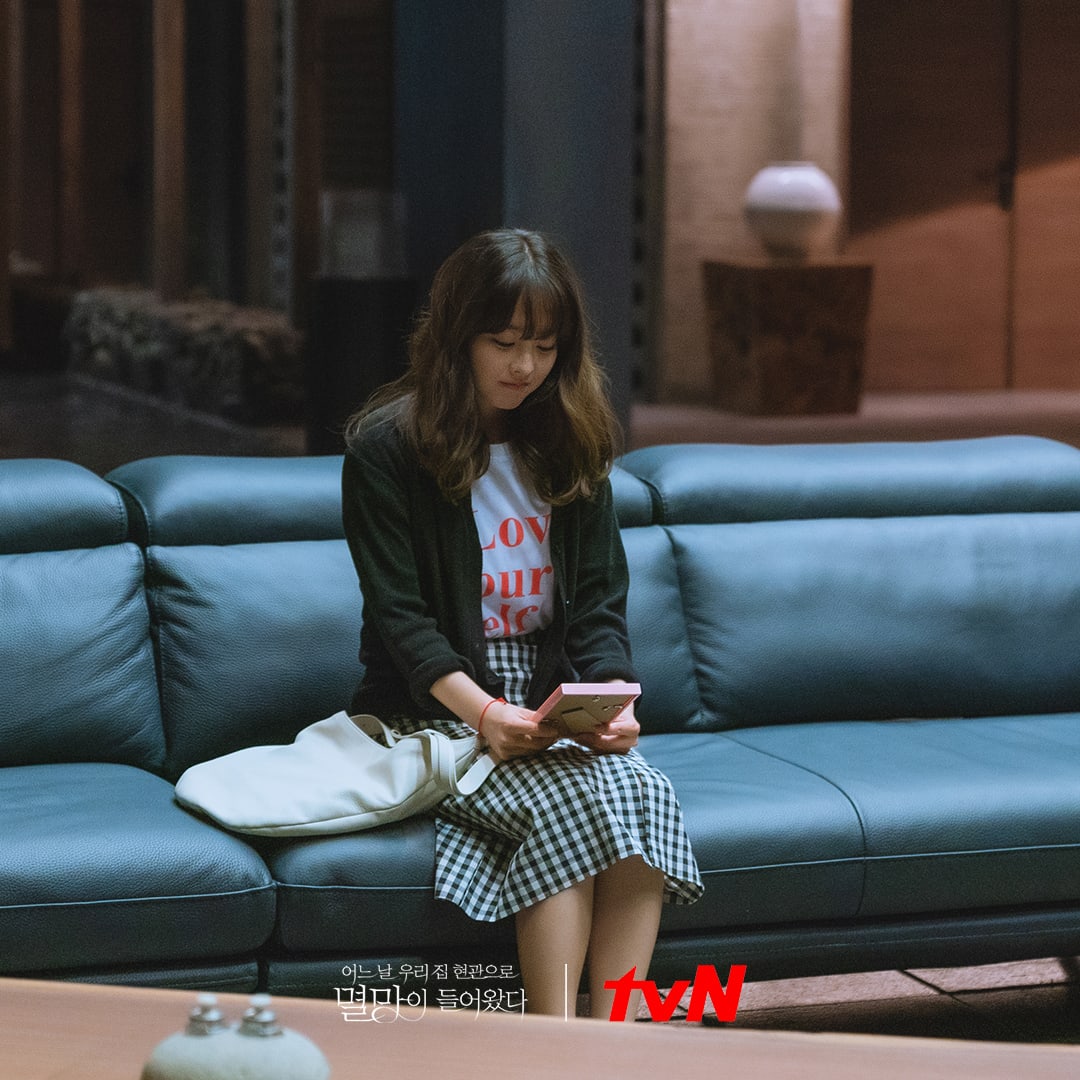 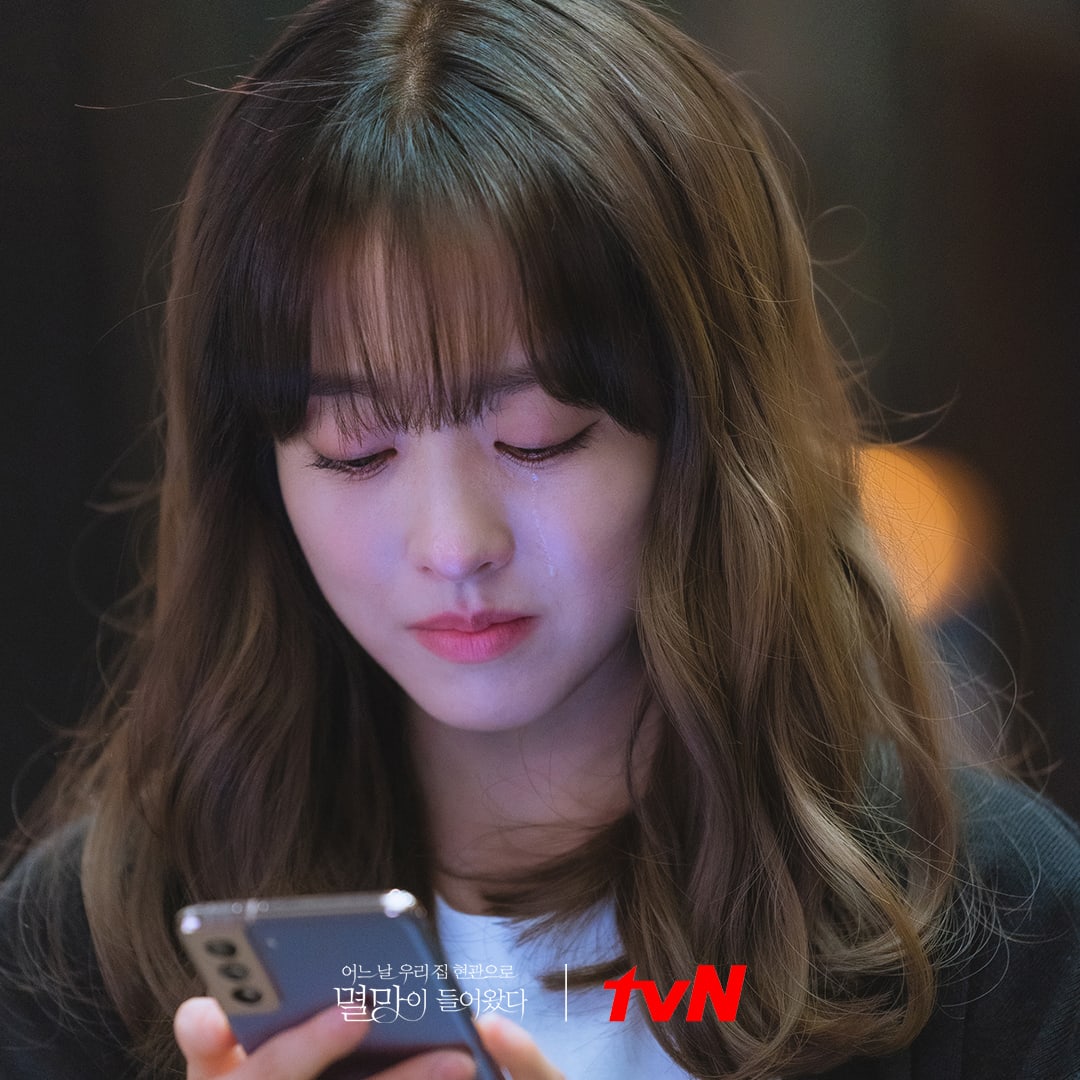 The drama’s production team revealed, “On June 28, the story after Myul Mang’s disappearance will unfold. Please watch the drama to see the ending of Tak Dong Kyung and Myul Mang’s affectionate romance that is involved in a cruel fate between life and death.”