On June 29, SM Entertainment held their online SM Congress 2021 and announced their vision and plans for the rest of the year.

aespa appeared in a talk segment led by SM Entertainment’s founder and executive producer Lee Soo Man. To kick off the segment, he congratulated aespa on their successful debut with “Black Mamba” and their latest comeback track “Next Level.”

Karina commented, “I was very thankful that many people covered our addicting dance moves while we were promoting ‘Next Level.’ We were even nominated for first place with ‘Next Level,’ and I couldn’t believe it.” 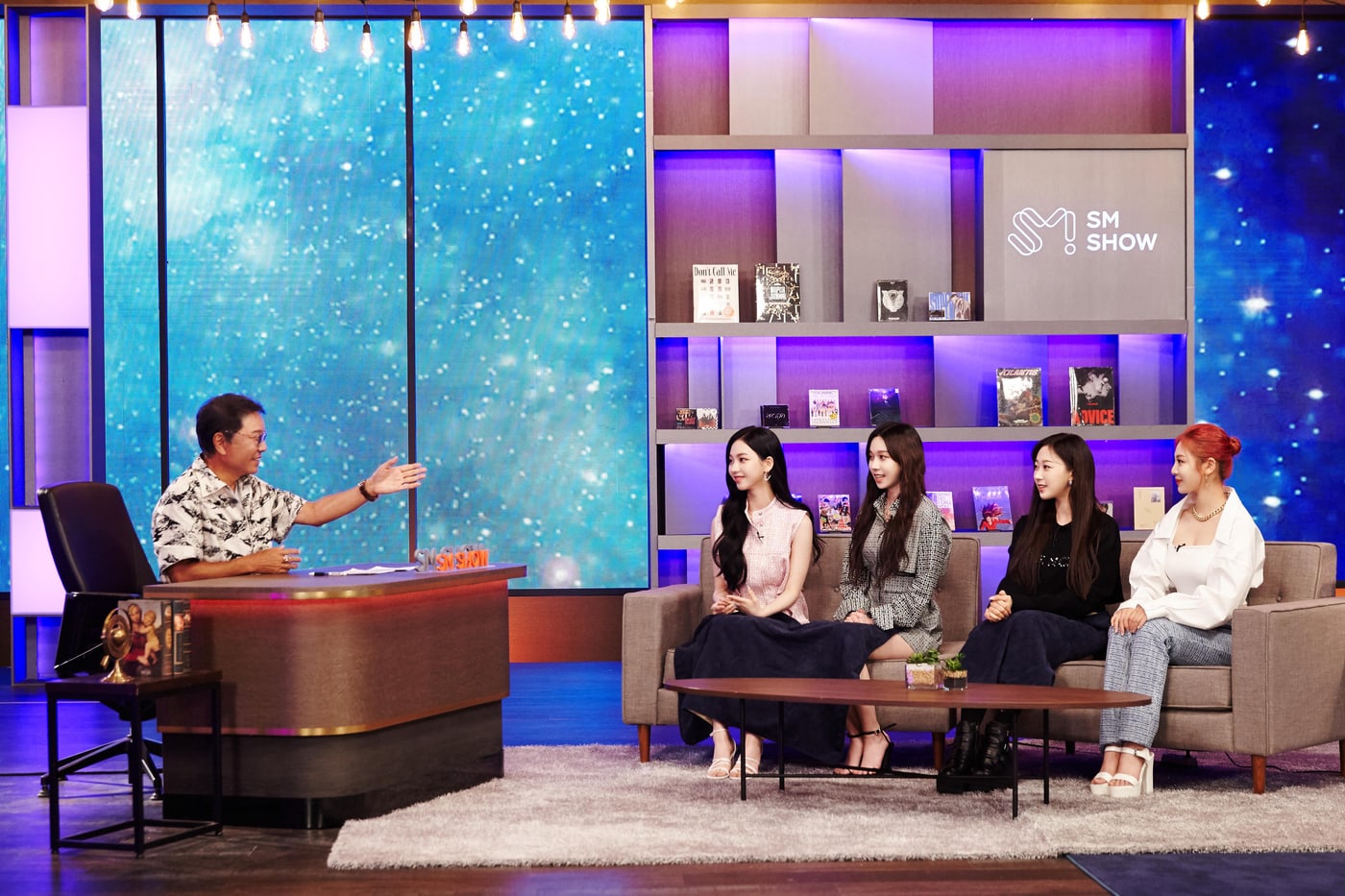 They moved on to the topic of aespa’s cinematic SM Culture Universe video that was released last month. Only one episode, titled “Black Mamba,” has been released so far.

Lee Soo Man explained, “We’re creating a new universe called the SMCU (SM Culture Universe), and you (aespa) are the first ones to enter this world. We’ll depict this world through a new genre called CAWMAN that I came up with.”

CAWMAN is a compound video genre that stands for Cartoon, Animation, Webtoon, Motion graphics, Avatar, and Novel, and SM Entertainment will be utilizing this format to portray their SMCU. At the root of CAWMAN is the genre SMP (SM Music Performance), which describes SM Entertainment’s music style that combines several different genres and elements.

Lee Soo Man continued to explain, “If you watch the video, you’ll see animations and motion graphics. aespa will be starting this new culture for the first time by creating episodes with the CAWMAN genre.” He also revealed that discussions were underway regarding a potential Hollywood film.

Karina described the storyline of their SMCU universe, saying, “aespa and ae-aespa go on an adventure to Kwangya. I’m sure many people are curious if they will fight against the Black Mamba. This year, we are preparing lots of diverse content to continue to story of season 1, so anticipate it a lot.”