Park Ji Hoon, Kang Min Ah, And Bae In Hyuk Encounter An Unexpected Situation In “At A Distance Spring Is Green”

KBS’s new drama “At a Distance Spring is Green” has shared an intriguing sneak peek of its upcoming episode!

Previously, Yeo Joon (Park Ji Hoon), Kim So Bin (Kang Min Ah), and Nam Soo Hyun (Bae In Hyuk) experienced messy situations in their project group. Kim So Bin, who is usually timid and doesn’t like to lead others, became the leader and made everything more confusing than it already was. On top of that, the rest of their team members were uncooperative, and Yeo Joon stopped communicating with Kim So Bin and Bae In Hyuk and hung out with them instead.

On June 29, the drama unveiled new stills of Yeo Joon, Kim So Bin, and Nam Soo Hyun doing their presentation. The classroom is filled with an unusual atmosphere. While Yeo Joon is wearing a relaxed smile on his face, Kim So Bin looks anxious, and Nam Soo Hyun’s expression is unreadable as usual. This raises questions about whether or not they will be able to complete this group project successfully. In addition, it was hinted that an unexpected situation will occur during their presentation. The next episode will show the realistic factors of college life such as group projects and classmate relationships. 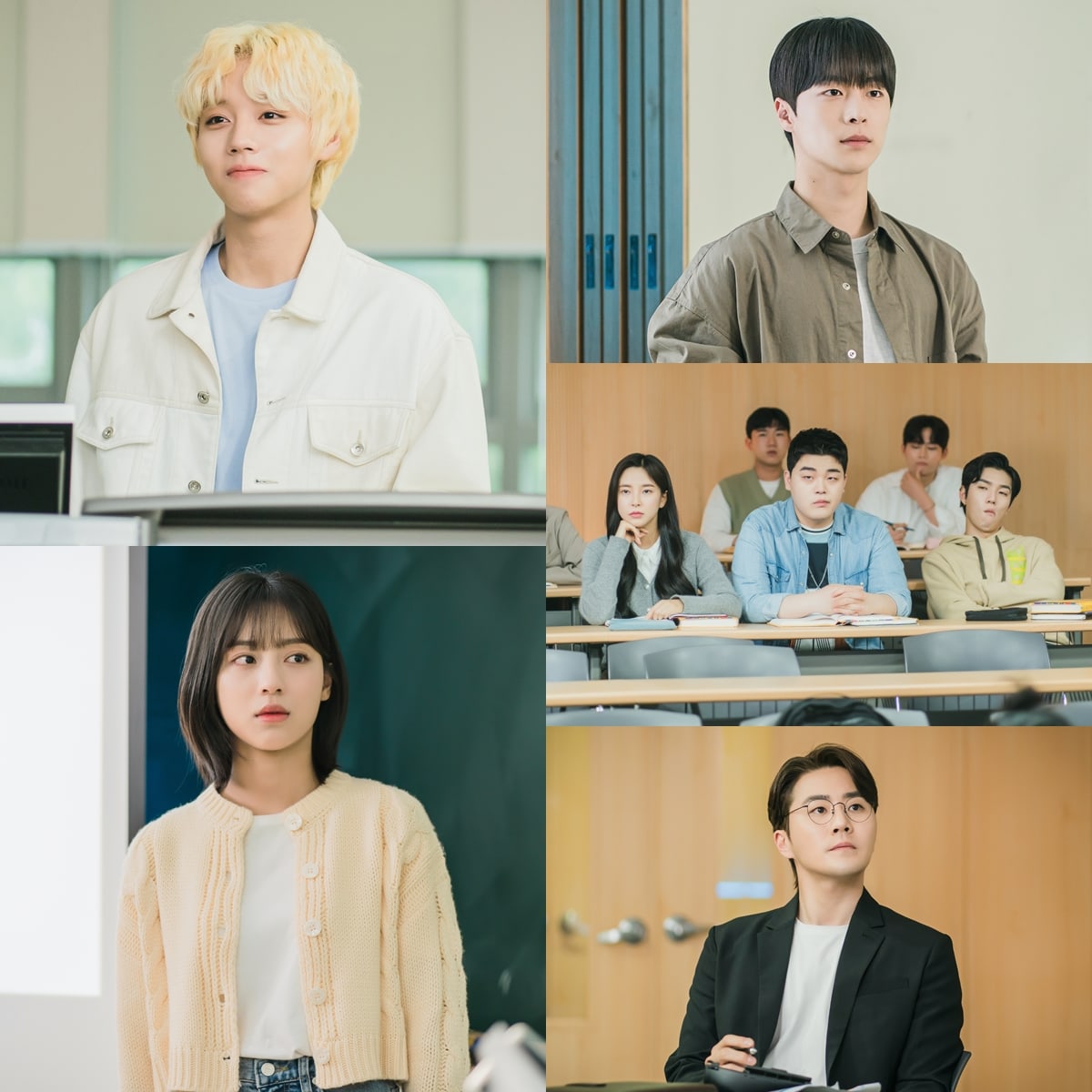 The drama’s producers shared, “For college students, group projects are one of the assignments they would like to avoid if they could. We tried to capture the various incidents and conflicts between the characters surrounding realistic subjects like this, so we hope you will be able to watch with sympathy.”