The Different Chemistries Of Friendship Showcased In “Hospital Playlist 2”

The second season of the popular series “Hospital Playlist” is off to a great start and has already showcased great chemistry within various heartwarming friendships!

“Hospital Playlist” stars Jo Jung Suk, Jung Kyung Ho, Yoo Yeon Seok, Jeon Mi Do, and Kim Dae Myung as five doctors who first met in medical school and have been friends ever since. Here are three different chemistries in “Hospital Playlist 2” that add more fun to the drama!

In the latest broadcast, Song Hwa and Sun Bin caught the attention of viewers for their cute chemistry. When Sun Bin was upset about a guardian who did not trust residents like herself, Song Hwa listened to her. Song Hwa then told the guardian, “Residents are also definite neurosurgeons and know more than me about the patients,” making both Sun Bin and viewers emotional.

Additionally, Song Hwa received a request for an interview after successfully completing a difficult surgery, but turned it down to everyone’s confusion. She explained, “We all had a hard time together, so how could I do the interview on my own?” The pure relationship between Song Hwa, who cares so much about the residents, and Sun Bin, who looks up so innocently to Song Hwa, is making viewers anticipate future episodes that much more! 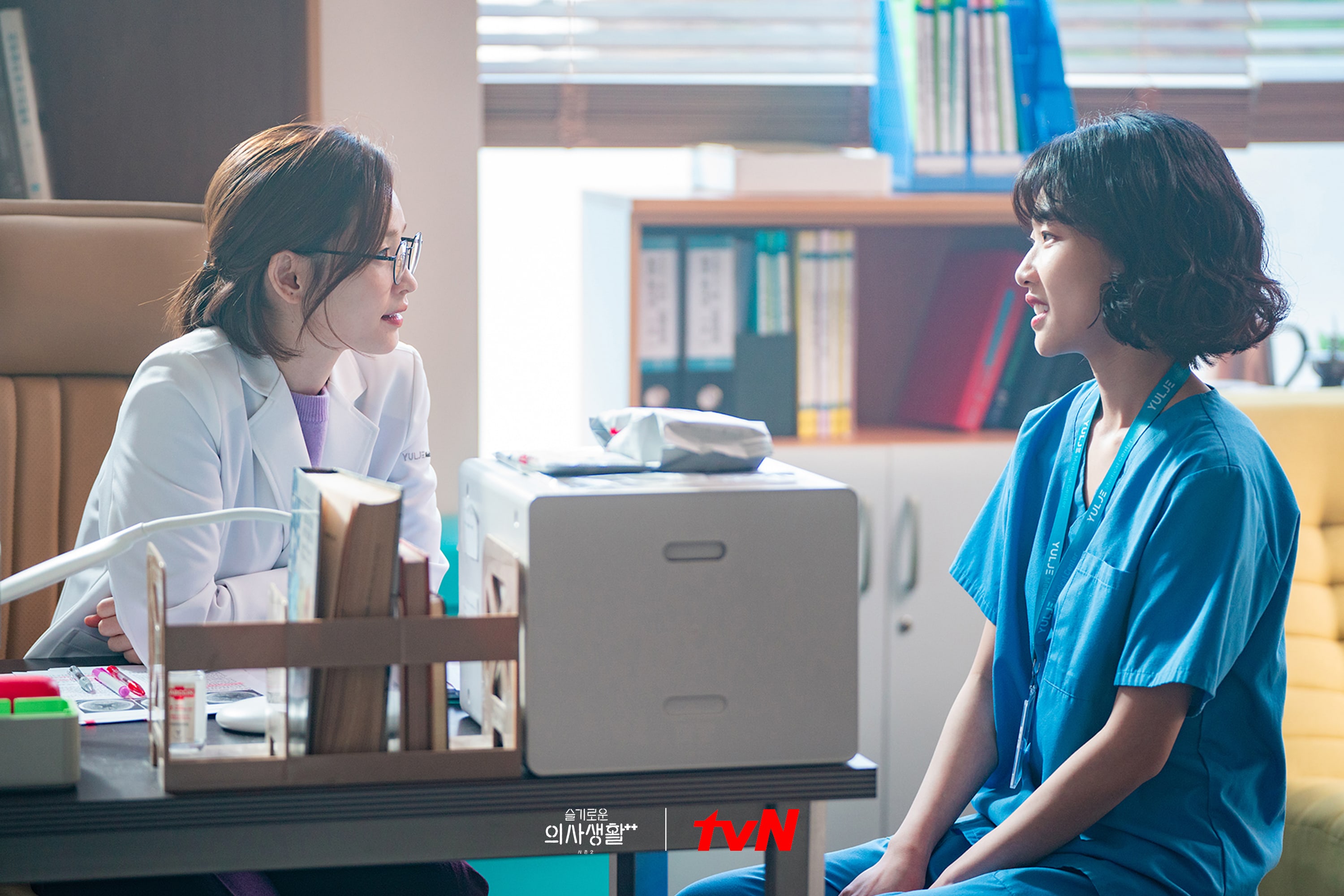 The two roommates Jung Won and Joon Wan are completely different on and off the job. Jung Won, who is kind and sweet to everybody, is only grumpy and a cheapskate to Joon Wan. On the other hand, Joon Wan appears cool and aloof but makes sure to jokingly criticize every single thing Jung Won does. While their opposite personalities cause them to constantly bicker, their home life also showcases just how close they are and is a key point to the drama. 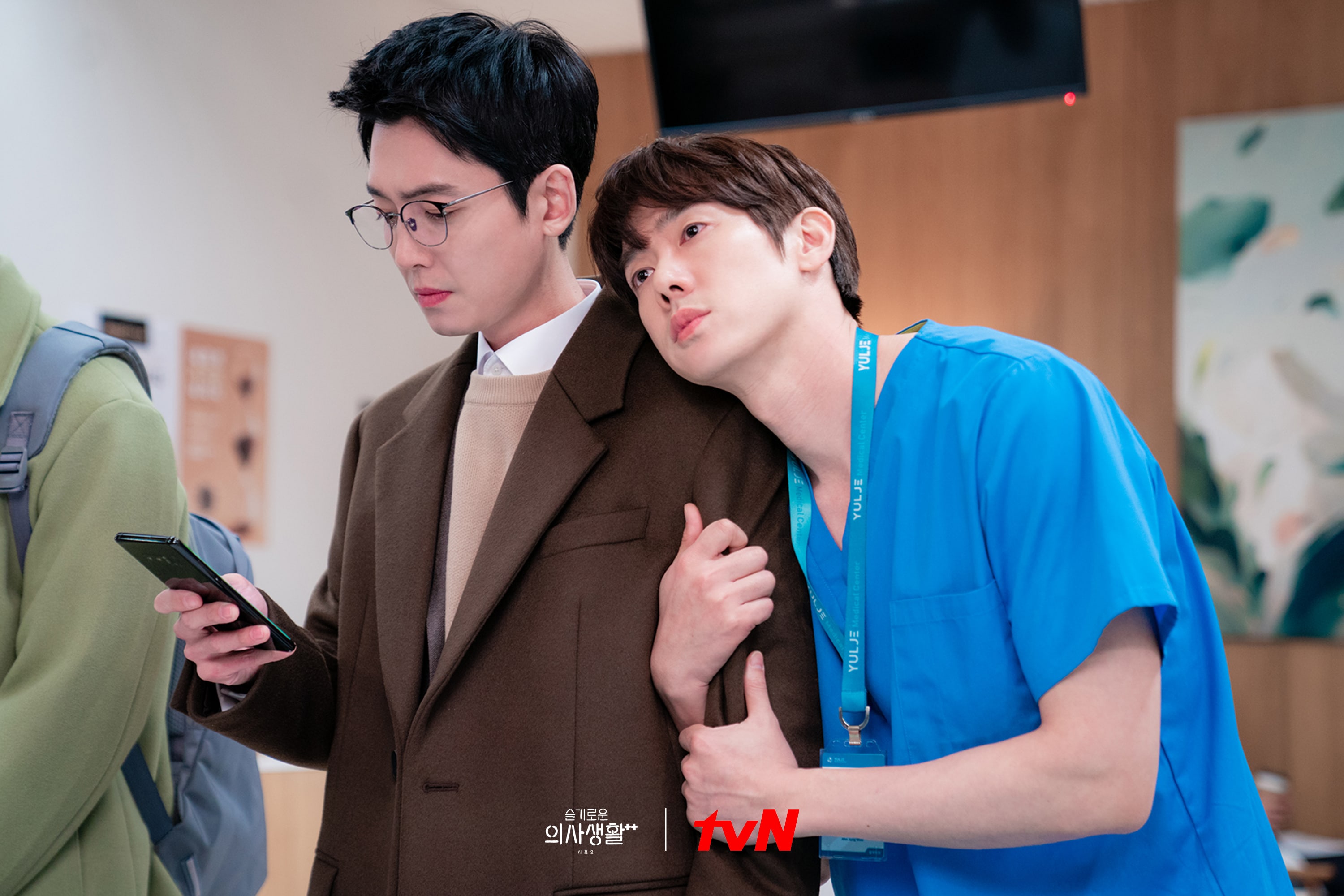 Last but not least is Ik Joon and Seok Hyung, who both had rough days in the last episode. However, they were able to be a source of strength for each other just by being together. Typically, Ik Joon is very humorous and Seok Hyung does not easily play along with him, but the two convey the depth of their friendship in the most critical moments. When they need comfort, they are able to communicate without even speaking, leaving viewers looking forward to the healing they’ll continue to bring throughout the series. 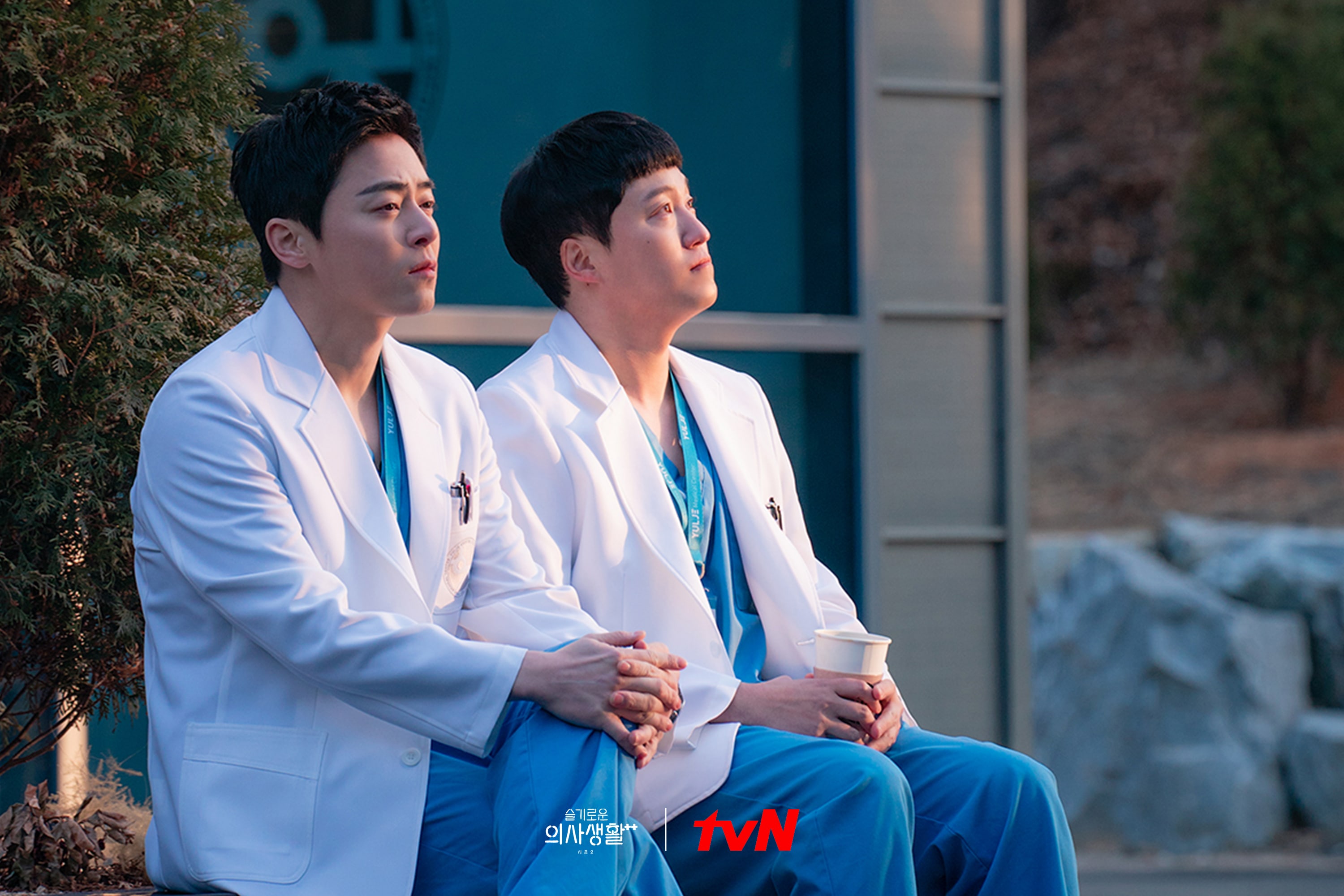 Which relationships in “Hospital Playlist 2” have warmed your heart?

Watch Jo Jung Suk in “Oh My Ghostess” below!