CL Talks About Her Upcoming Album, What She Would Tell Her Younger Trainee Self, And More

CL participated in a photo shoot and interview with W Korea!

When asked how she has spent the past few years, CL answered, “Most recently, I’ve been in the process of wrapping up my album production. I also created the team ‘Very Cherry.’ With my initial plans, the album should’ve come out at the end of November 2020, but after starting the work, there were a lot of things I needed to experience in order to learn.”

She continued, “After working with a team I created on my own, there were a lot of new things I learned and discovered. I want to release it sometime in the summer. The title of CL’s first full-length album is ‘Alpha.’ It means ‘start’ as well as ‘Alpha Female.'” 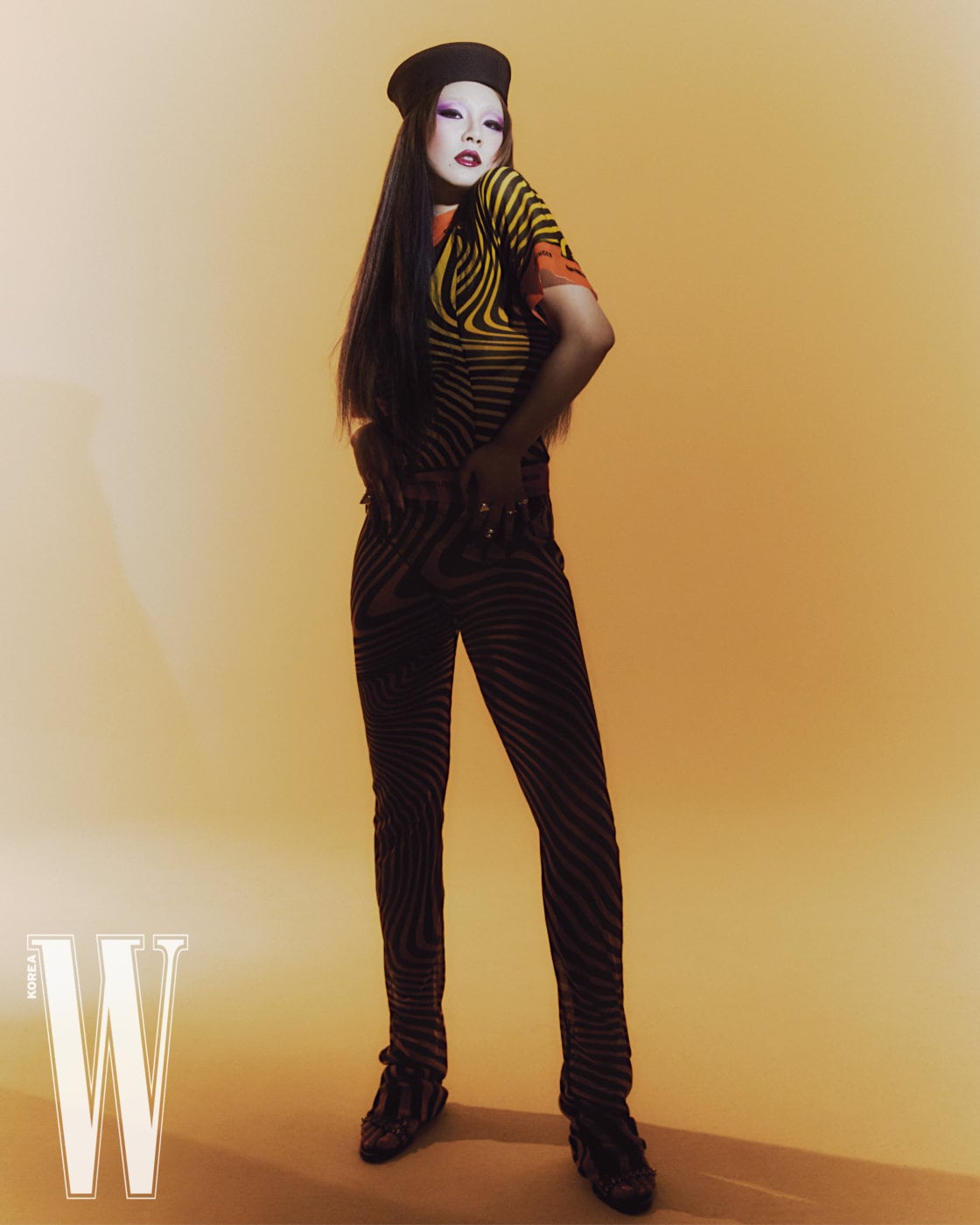 In the introduction of her last release “In the Name of Love,” CL dedicated the album “to all the CL’s of the world.” CL explained, “CL is like an alter ego to me. I started with that concept ever since I first appeared in front of the world in 2008 at an end-of-year award show as part of a YG Family performance.”

CL added, “That’s why starting can be fearful for anyone. I believe CL is ‘courage.’ Being able to admit I’m scared but still move forward and face changes are both big and small forms of courage. If there are people who listen to my music and relate, I want to support them and say that we should have courage.”

The singer explained that when she was making “In the Name of Love” in 2019, she felt that she had lost her routine. She elaborated, “That routine was going to the studio everyday and making music, going on stage, and the preparations that occurred before and after I went on stage. Would it be better to call that situation what I ‘want’ rather than what I ‘lost’? To me, that kind of lifestyle was like playing. Being unable to play like that for awhile made me feel like I had lost a really precious toy. Through that album, I was able to set up my routine again.” 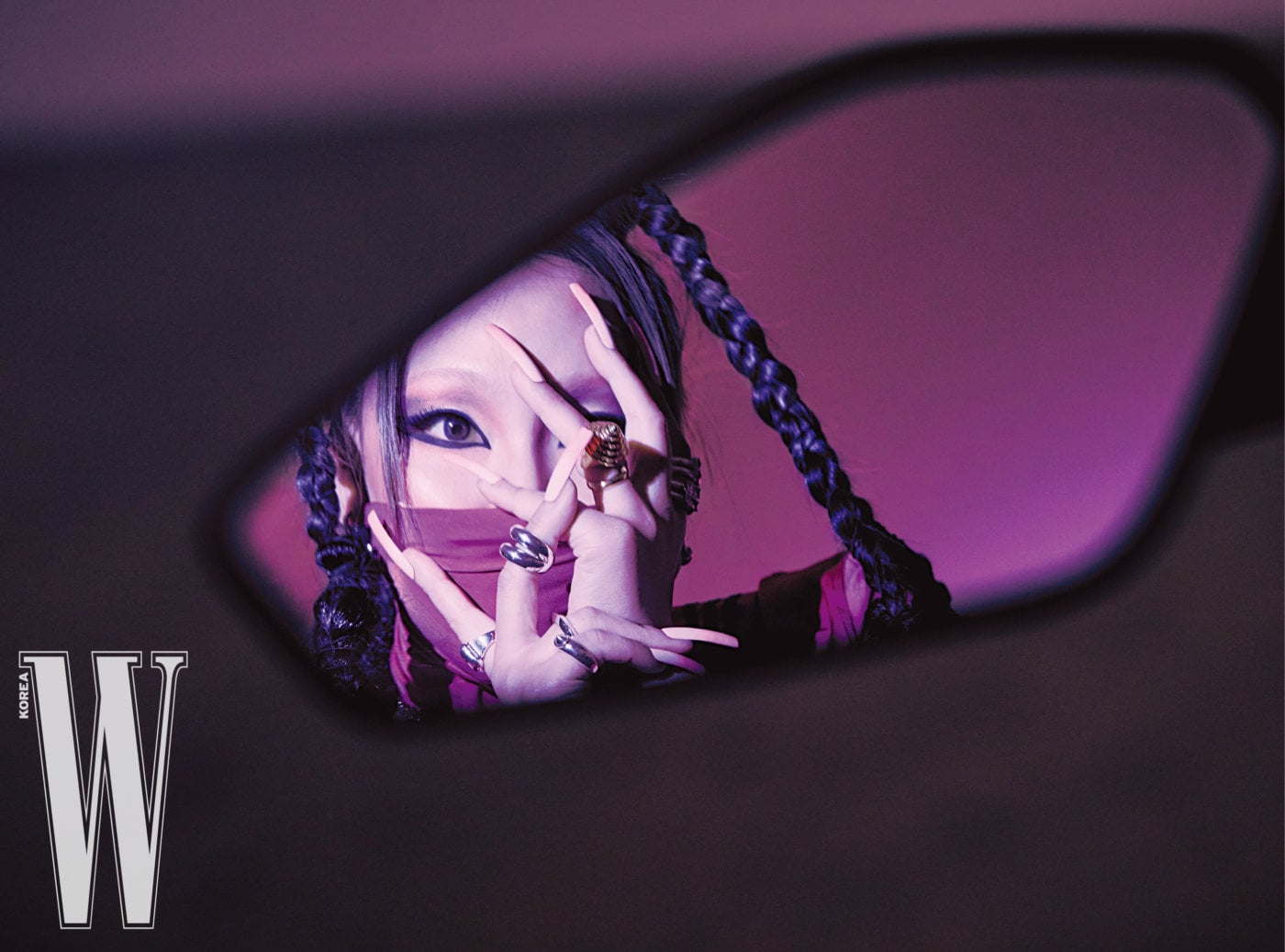 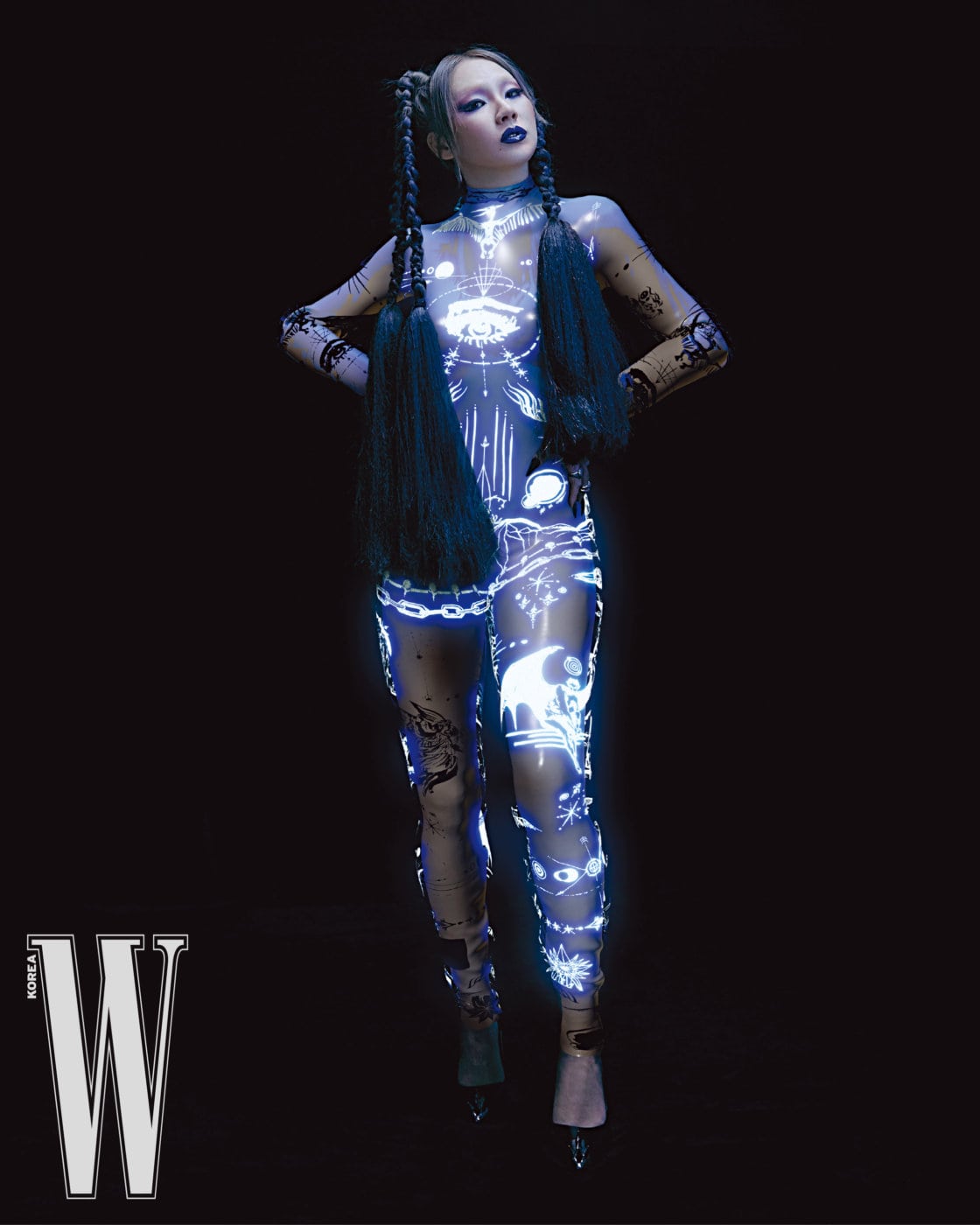 Due to CL’s frequent use of the word “ego,” the interviewer asked how important she felt it was that she herself believed that she was a good person. CL responded, “The belief is important and I think just simply thinking about it would help to reassure yourself. For example, you’re not going to act badly to someone you really like. You want to look good, you’re going to work hard to do so, and you look forward to seeing them. You just have to do everything you would for that person to yourself.

She continued, “It obviously isn’t easy to do that. Especially with my job, I hear ‘no’ a lot. Stuff like, ‘No, you can’t wear these clothes because they make your legs look thick.’ When I was in system of my agency and the K-pop industry, reaching just a bit outside the box of what was typical made you think ‘no.’ If you live like that, you will feel like you’re lacking no matter what you do and you’ll feel like you have to do more, no matter what you achieve.” 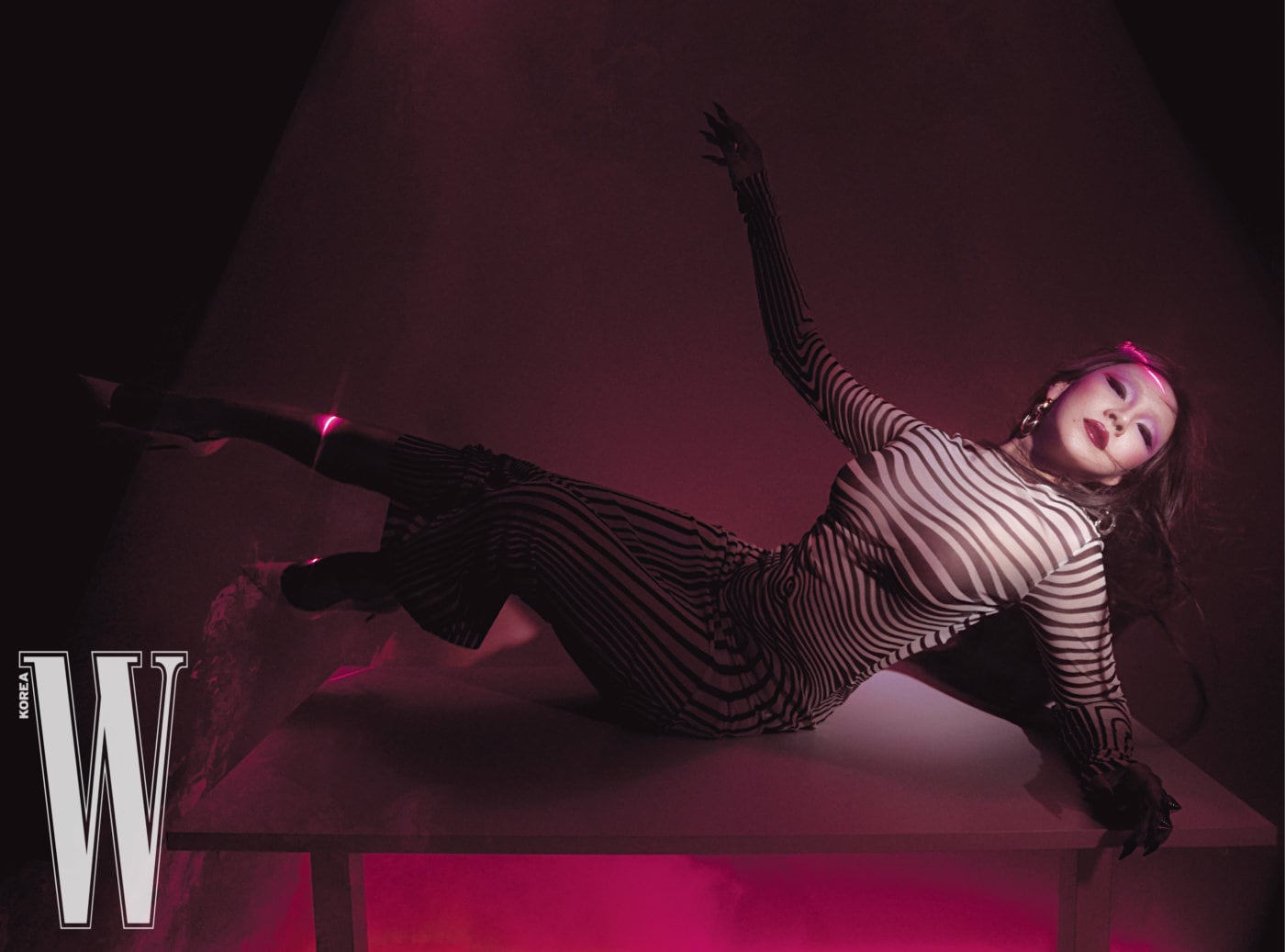 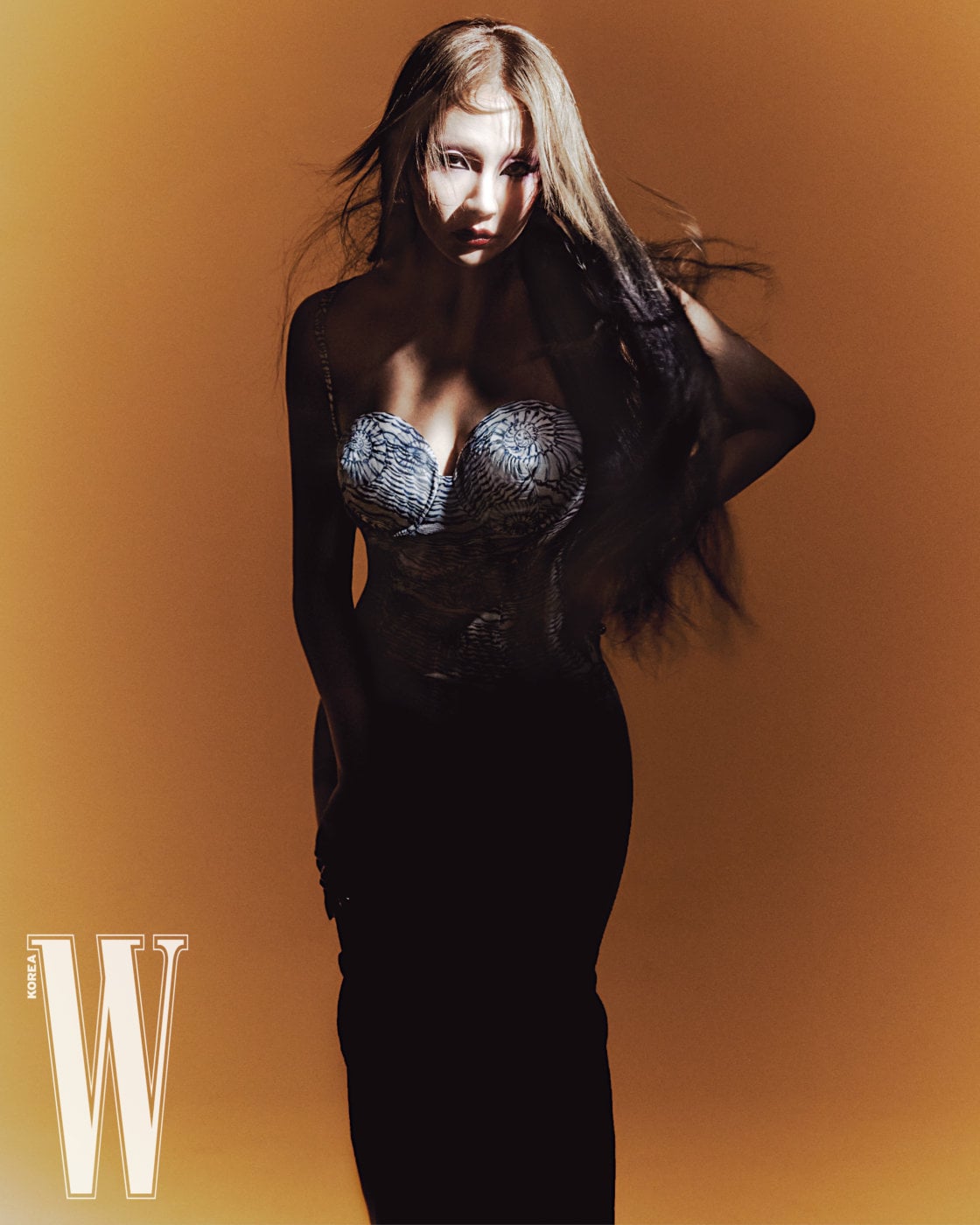 If she could go back in time to the start of her trainee career, CL revealed that she would still choose to live the same life. For the one comment she would share with her younger self, CL commented, “‘Listen to your own voice.’ Wait no, your voice often lies to you.” With a laugh she continued, “Something like ‘You can’t work today because you’re too tired.’ I’ll have to say it like this. ‘Trust your feelings.'”

Lastly, CL shared her current life desire, commenting, “Nurturing and creating my individual life and lifestyle. Also, I think of new things I want to do all the time and I want to keep learning and having new experiences. That’s truly what I want to do.”

CL
W Korea
How does this article make you feel?