Watch: Seo In Guk, Park Bo Young, SF9’s Dawon, And Kang Tae Oh Have Undeniable Chemistry On Set Of “Doom At Your Service”

The new behind-the-scenes video begins with Park Bo Young practicing her lines with the director. However, when she rehearses with Jung Ji So, Park Bo Young gets too embarrassed to act cute. She shares, “I can’t do it to Jung Ji So. I did it so well in front of the director.”

Seo In Guk has to film on a bus that stops suddenly. Shocked, he shares, “I thought this was a disco pang pang (amusement park ride). Dong Kyung (Park Bo Young) caught me.” When Seo In Guk and Park Bo Young hug affectionately, Park Bo Young tilts her head at a sharp angle to look up at Seo In Guk and shares, “You’re too high up. My head gets tilted up too much.”

SF9’s Dawon shares, “Hyun Kyu (Kang Tae Oh) is so cute. He’s charming.” However, Kang Tae Oh comments, “I don’t really like to hear that I’m cute.” Dawon replies, “I don’t really like that too. I want to hear that I’m sexy. You’re like that too, right?” Kang Tae Oh shares, “You have the right vibe,” and Dawon continues to insist, “You know that people who say that are cute people, right?”

Kang Tae Oh reveals that this will be his first time filming with Seo In Guk even though it’s for the last episode. He shares, “It’s the first and last time.” While acting, Seo In Guk gets flustered when Kang Tae Oh smoothly replies, “I hear that a lot,” after Seo In Guk says, “You look pretty when you smile.” Afterwards, Seo In Guk comments, “I hate it when he smiles.” 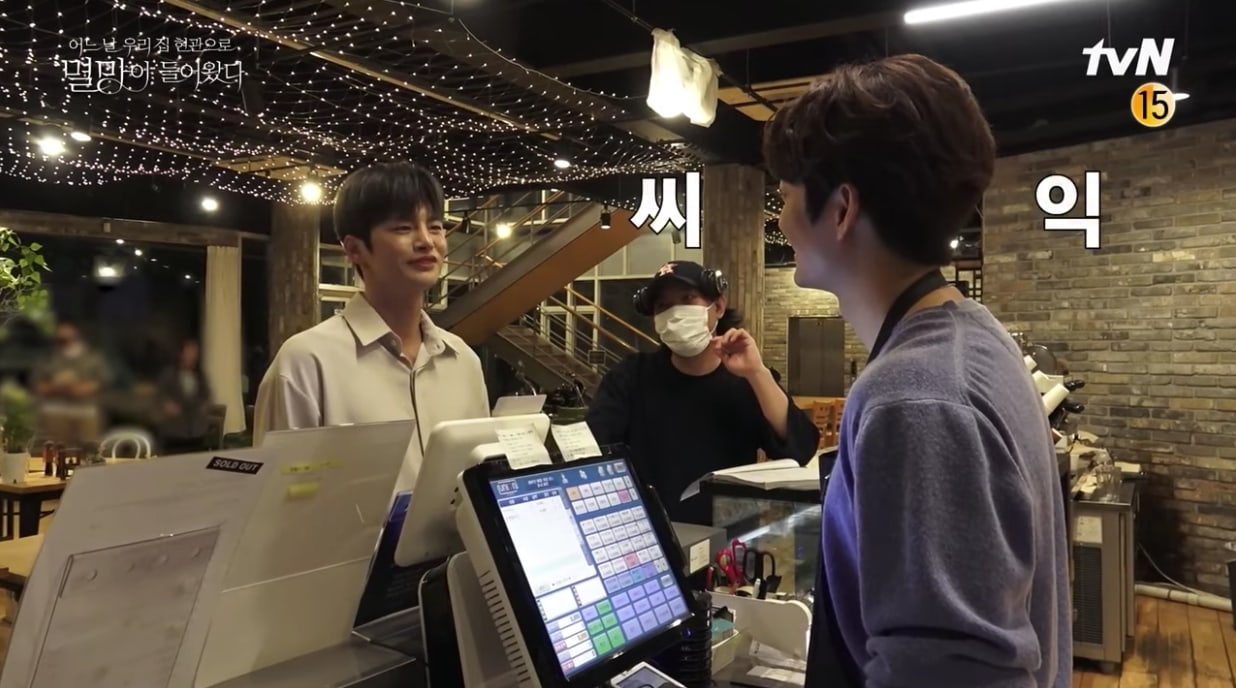 Dawon acts cute in front of Kang Tae Oh and Seok In Guk to lighten the mood. Seo In Guk shares, “You’re so cute, I could die.” Park Bo Young awkwardly greets Kang Tae Oh, causing the director to comment, “You’re this awkward with him when it’s episode 16?” Park Bo Young reveals that the two only met two times while filming.

After Park Bo Young hits Seo In Guk’s arm while filming, she shares, “He’s saying it’s broken now because I hit him.” Park Bo Young consoles him by patting his arm and saying, “I get it. I’m sorry.” She adds, “If I don’t respond to [his jokes], he gets angry.”

While filming at night, Park Bo Young accidentally says, “I have to get off work” instead of “I have to go to work tomorrow,” and Seo In Guk laughs while commenting, “It’s your real inner feelings.” The director also tells him to speed it up so that the actors and staff can get off work. The director and Park Bo Young continue to express their desires to go home, causing Seo In Guk to comment, “But we won’t see each other after two days!”

Seo In Guk
SF9
Kang Tae Oh
Park Bo Young
Dawon (SF9)
Jung Ji So
Doom at Your Service
How does this article make you feel?