tvN’s “My Roommate Is a Gumiho” has shared a swoon-worthy sneak peek of its upcoming episode!

The romantic comedy is based on a popular webtoon that tells the story of a 22-year-old college student named Lee Dam (played by Girl’s Day’s Hyeri) who accidentally swallows the marble of a 999-year-old male gumiho (a mythological nine-tailed fox) named Shin Woo Yeo (played by Jang Ki Yong), who was close to achieving his goal of becoming human.

In the drama’s upcoming episode, Shin Woo Yeo and Lee Dam will share a romantic moment in the darkness. The two end up on the floor after a sudden power outage that caused them to trip and fall. The two are tangled together with Shin Woo Yeo supporting Lee Dam, and they stare at each other in surprise. They enclose the distance between them, and their lips are just inches away from each other. Shin Woo Yeo had previously refrained himself from touching Lee Dam to prevent her from losing her energy. So this scene raises questions about what made him change his mind and how they will end up kissing. 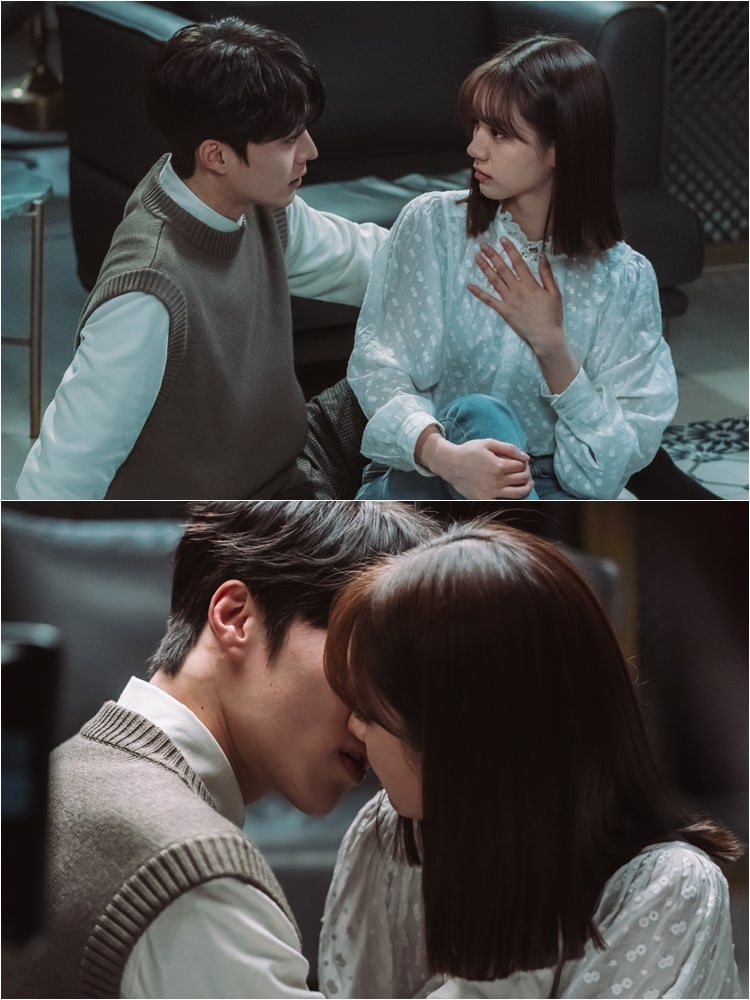