BTS’s eldest member Jin is known for a lot of things – his stunning vocals, Worldwide Handsome looks, love of food, and sometimes cringe-worthy dad jokes included. However, Jin would excel in the acting world as well. If you need proof (or just want more Jin content in your life), then look no further.

1. He graduated with an acting degree

In February of 2017, Jin made ARMYs everywhere proud when he shared this picture of him in his graduation cap and gown. He graduated from Konkuk University with a degree in acting and the arts, which is even more impressive when you consider how busy the group was with performances and tours at the time. His dedication to acting is already admirable, and he hasn’t even had the chance to debut his skills yet!

2. He made headlines in this hanbok 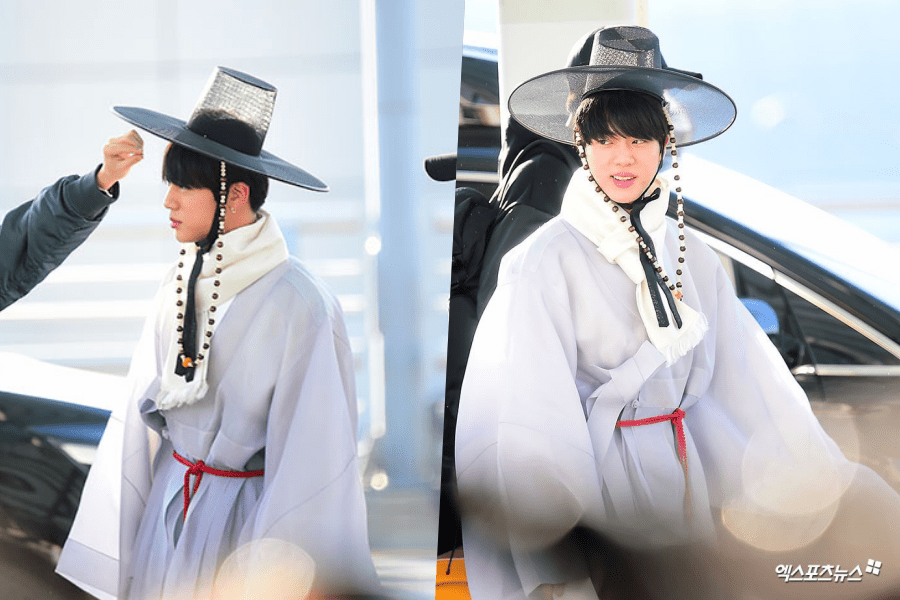 While not technically acting-related, this traditional Korean outfit made headlines for a reason! Jin wore it to the airport as a punishment for coming last in one of their “Run! BTS” episodes during their trip to Hong Kong for the 2017 Mnet Asian Music Awards, and immediately captured the hearts of fans all over the globe. ARMYs took it as proof that Jin should get a starring role in a historical drama, and I couldn’t agree more!

3. He made it through this scene without laughing

As a punishment for losing the episode’s games, the other members of BTS got pretty… well, creative with their self-made drama script that Jin and fellow vocalist Jimin had to perform. Just being able to make it through the scene’s dialogue without breaking as the other members cracked up in the background is impressive in and of itself, but Jin somehow managed to do it with all the grace and good looks of a K-drama lead.

4. His performance in the “Epiphany” MV

If you haven’t seen this music video for Jin’s solo track from the group’s album “LOVE YOURSELF 結 Answer,” it’s a total must-watch. Phenomenal vocals and touching lyrics aside, this piece reads more like a short film than a music video thanks to Jin’s flawless acting. It’s a very simple set-up in the grand scheme of BTS music videos, and yet Jin’s touching performance manages to make every moment magical.

5. His narration of the “Love Yourself” highlight reel

Again, this one is a must-watch if you’re newer to the world of BTS or if you somehow just managed to miss out on it. The members all delivered stunning acting performances in this highlight reel, which is pretty much devoid of dialogue aside from Jin’s narration. His smooth sound is perfect for this voiceover-style work, and the emotion that he puts into the words proves that he doesn’t even need to be visible to beautifully convey a story.

6. This improvised scene straight out of a K-drama

Dedicated ARMYs will remember this throwback from 2015, during BTS’s promotional period for their song “Run.” Vocalist and dancer V chose to suddenly improvise a bit with the backstage camera when Jin decided that he also wanted in on the fun. The resulting conflict between two potential lover interests is pretty convincing, even including a fight scene. From his on-the-spot dialogue to his fiercely handsome K-drama persona, Jin perfectly played the part.

In this “Run! BTS” episode, the group dubbed over English-language Disney films in Korean with the help of a coach. All of the members did a great job embodying their characters through their voices, and the end results are definitely worth watching. Jin’s professionalism really shines through in this episode, proving that he’s not only a great actor but also well-trained and easy to work with – important traits for working actors!

Can you remember any other moments where Jin’s acting skills shone through? Tell us below!

BTS
Soompi Spotlight
Jin
XPN
How does this article make you feel?