Ji Sung Talks About Filming At The Same Time As Wife Lee Bo Young, Working With Kim Min Jung And GOT7’s Jinyoung In “The Devil Judge,” And More

“The Devil Judge” is set in an alternate dystopian Korea where trials take place via a live broadcast courtroom show that the entire nation participates in. in these chaotic times, is Kang Yo Han (Ji Sung) a hero of the people or a devil who wears the mask of the law? 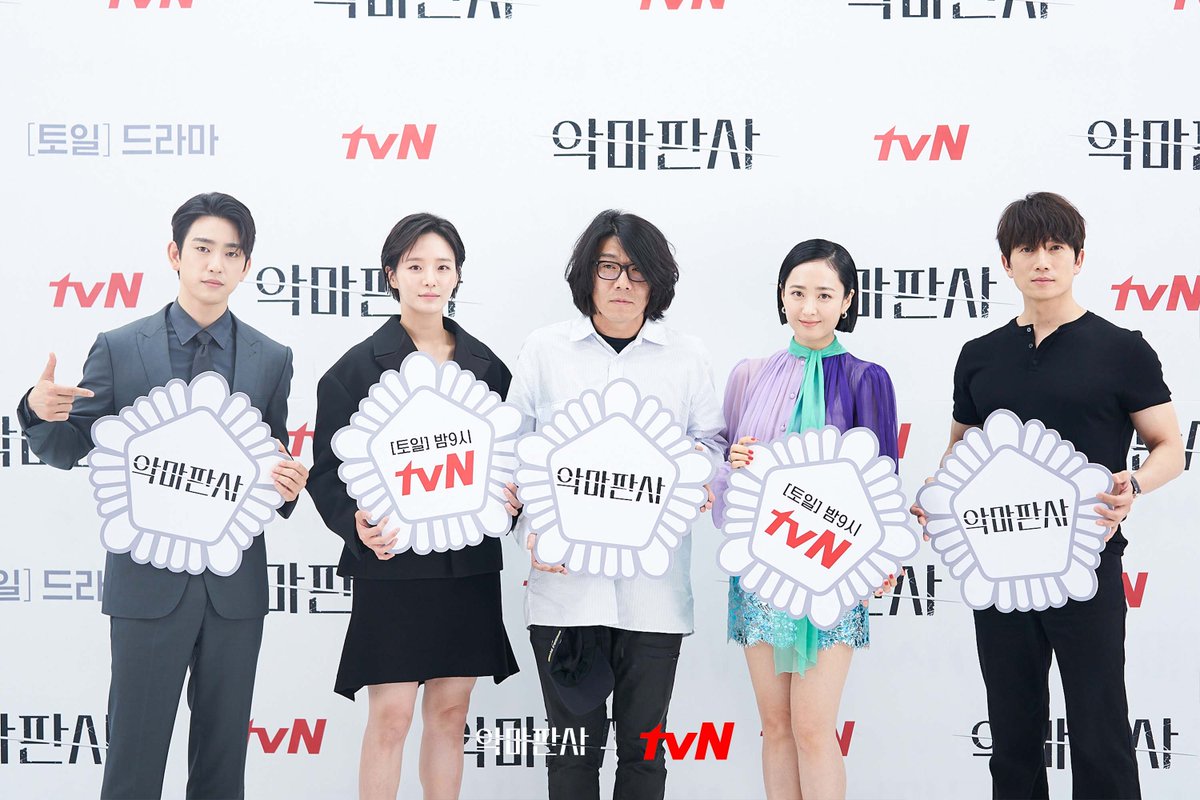 Asked about the alternate universe setting, Kim Min Jung said, “It wasn’t that difficult. I didn’t really feel that it was an alternate universe. The drama shows incidents that go beyond our current situation, but it’s not that different from reality. It’s not like it’s set 100 years in the future.”

Jinyoung said, “The director told us to focus on each situation more than the overall world. Rather than a dystopian world, it’s more focused on the situations that the characters are going through. Since it’s a universe where people are living, the characters feel the same emotions. I also got a lot of help from others. It was fun to film.”

About his character Kang Yo Han, the titular “devil judge,” Ji Sung said, “He’s not a nice character like in other dramas. He’s a judge who uses evil to combat evil. It reminds me of Goethe’s tragedy ‘Faust.’ I wanted to portray him as a character whose kindness takes strength from evil, but the writer told me, ‘You’ve got it all wrong. You’re not Faust, but rather Faust’s tempter, Mephistopheles.’ I was shocked by that revelation.” 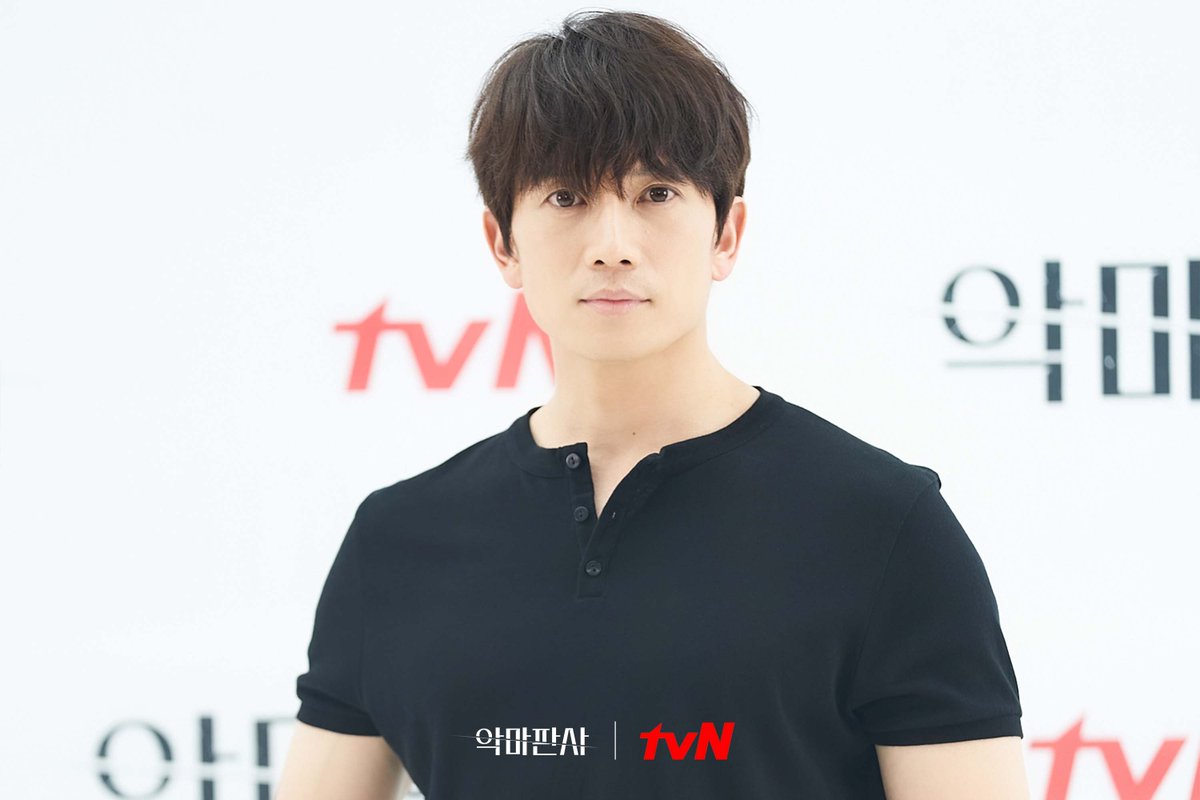 Kim Min Jung plays Jung Sun Ah, the executive director of a social responsibility foundation and Kang Yo Han’s nemesis. “If I have to categorize her, I’d say she’s closer to evil than good,” she said. “But I think that it wouldn’t be fair to label her as just a ‘villainess.’ She’s a woman who has the charms of a femme fatale but also has a kind of pure-heartedness about her.” 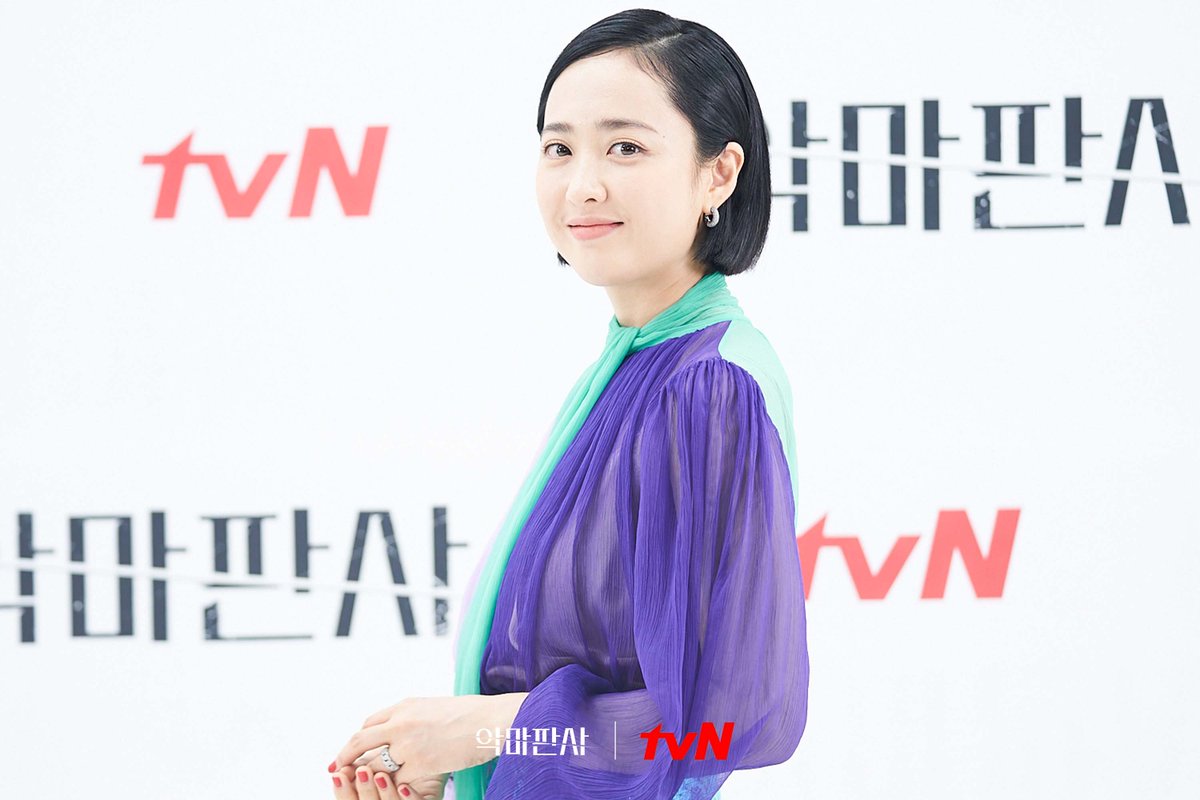 Ji Sung and Kim Min Jung had previously worked together 13 years ago in the drama “New Heart.” Ji Sung said, “Time goes by too fast. How is she still the same as she was 13 years ago? Her clear eyes are the same as ever. I welcomed being able to work with her again. Since we’d already worked together before, we could depend on each other more this time around.”

Kim Min Jung added, “I remember about a year ago, I thought that it would be nice to work with Ji Sung again. It’s fascinating that I was able to achieve that wish so quickly. I think that we’ve both matured since then. This time we had a lot more discussions while filming. There are a lot of scenes where we’re in close contact, and actors who are meeting for the first time need to talk about scenes like that beforehand. If it’s difficult to talk about it, then there are times when we just go ahead and film the scene anyway. This time, we could talk about them before starting to film.” 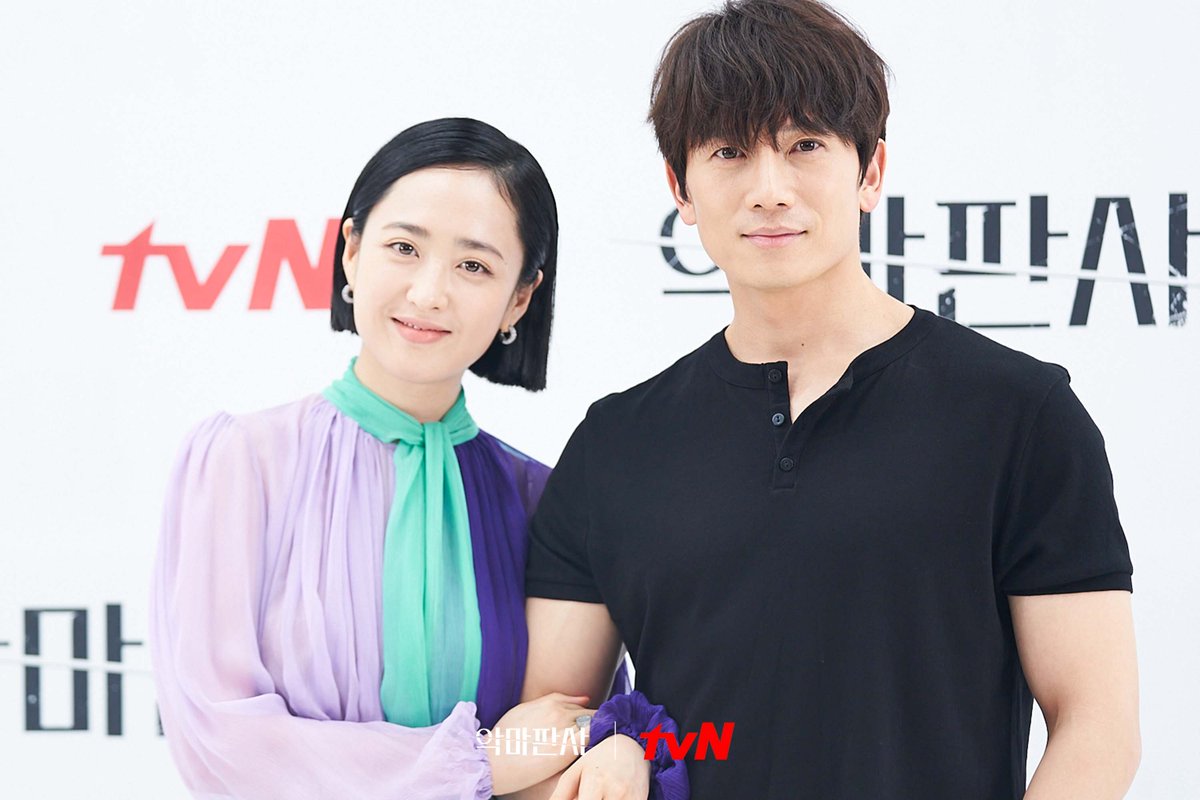 “The Devil Judge” will air on tvN in the same time slot that “Mine” recently vacated. “Mine” stars Lee Bo Young, who is married to Ji Sung. Ji Sung said, “It was arranged so that at least one of us would be with the children, but our filming schedules ended up overlapping. It was a new experience for us, and a new challenge that we had to overcome. I was a little disappointed at not being able to spend more time with the kids. But I think that each project represents for us a stage in our history. We want to work as much as possible and do our best while we still can. We’re cheering each other on.”

Jinyoung plays Kim Ga On, an associate judge to head judge Kang Yo Han, and Park Gyu Young plays Yoon Soo Hyun, Kim Ga On’s childhood friend who is now a police detective. Park Gyu Young said, “Soo Hyun appears very brave and strong and tough and cool, but a lot of her actions draw strength from Ga On. She spent some of the most beautiful moments in her life with Ga On, and she wants to protect that. In real life, I get a lot of good energy from Jinyoung.” 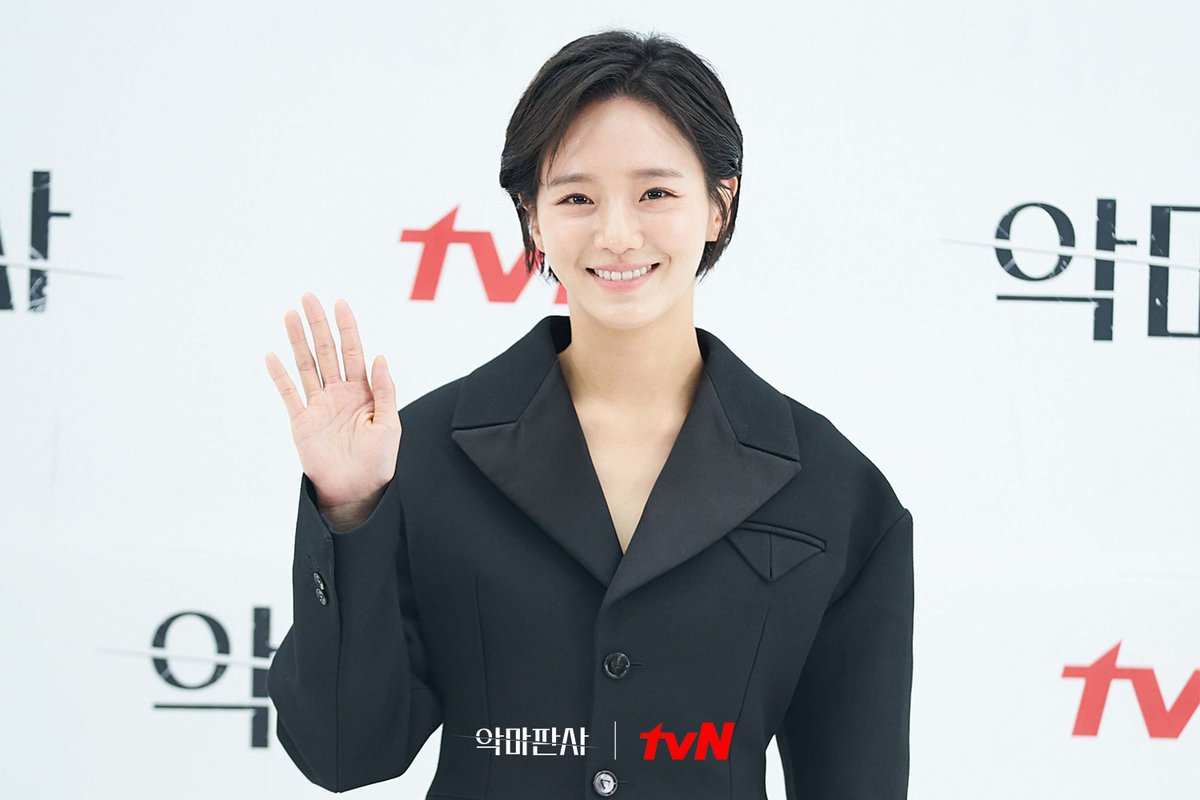 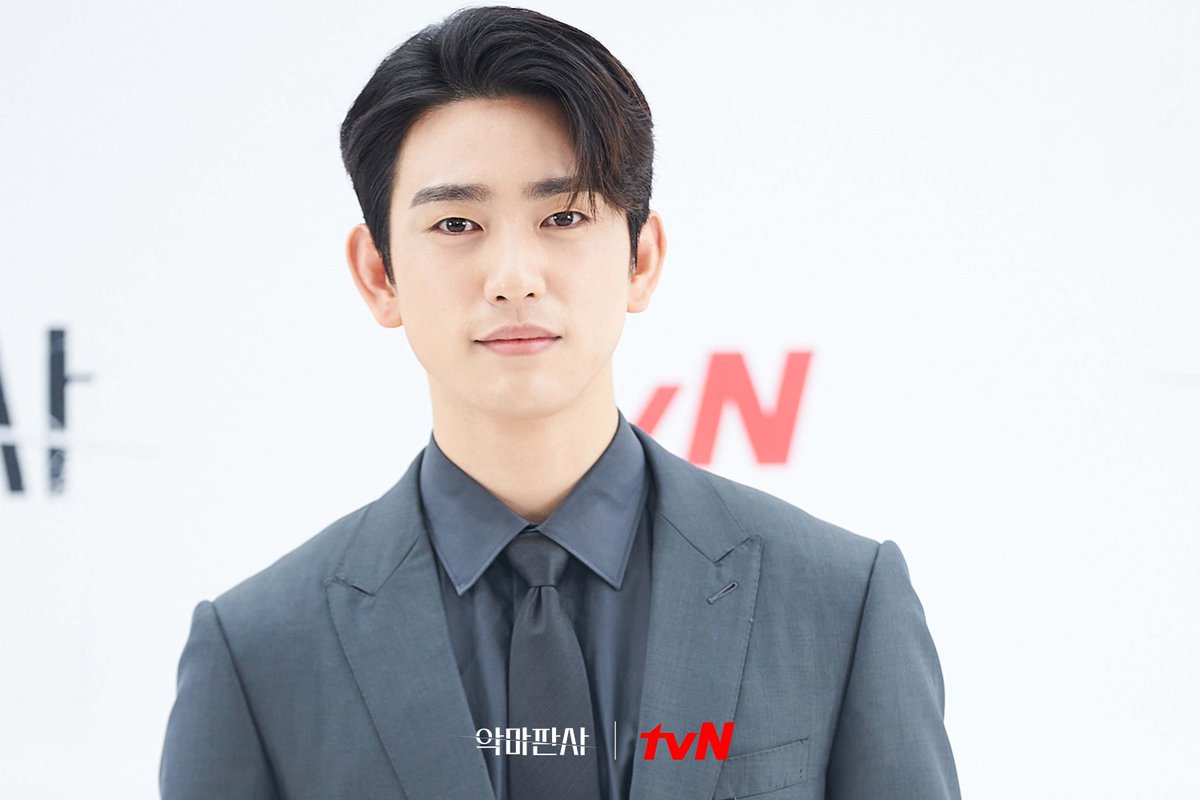 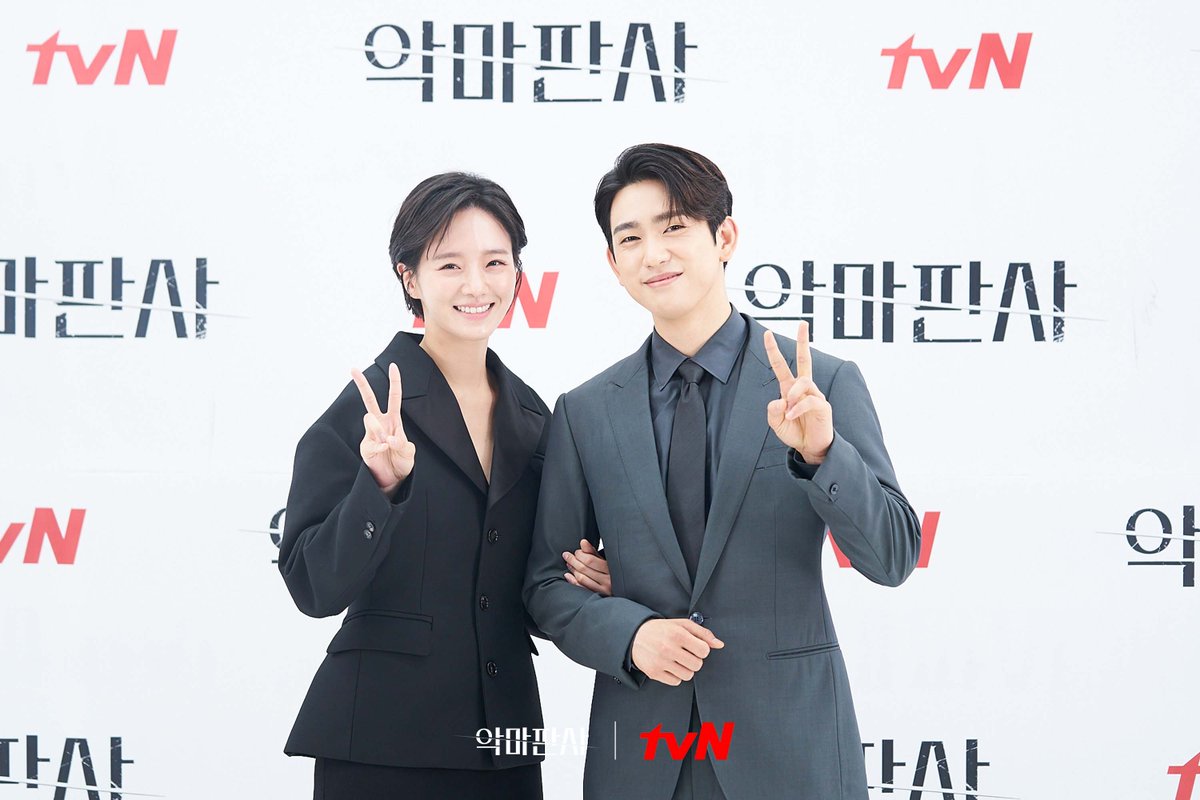 Ji Sung and Jinyoung talked about their “bromance” in the drama, with Jinyoung saying, “Ga On is a character who is more reactive than active. I thought that I’d at least have the basics down if I listened carefully to what the head judge said and did. I learned a lot from him. I would have liked to have done better, but I was often like a student learning from a professor from him. I think that the ‘bromance’ comes from me following his lead.”

Ji Sung said, “Jinyoung is a very mature and responsible person. He thinks a lot about his character, and when we work on each scene, he is able to move things in a good direction like we imagined. He’s also very lovable. He’s respectful to the director and all the senior actors, and it’s beautiful to see. I’m grateful to him for showing such great acting.” 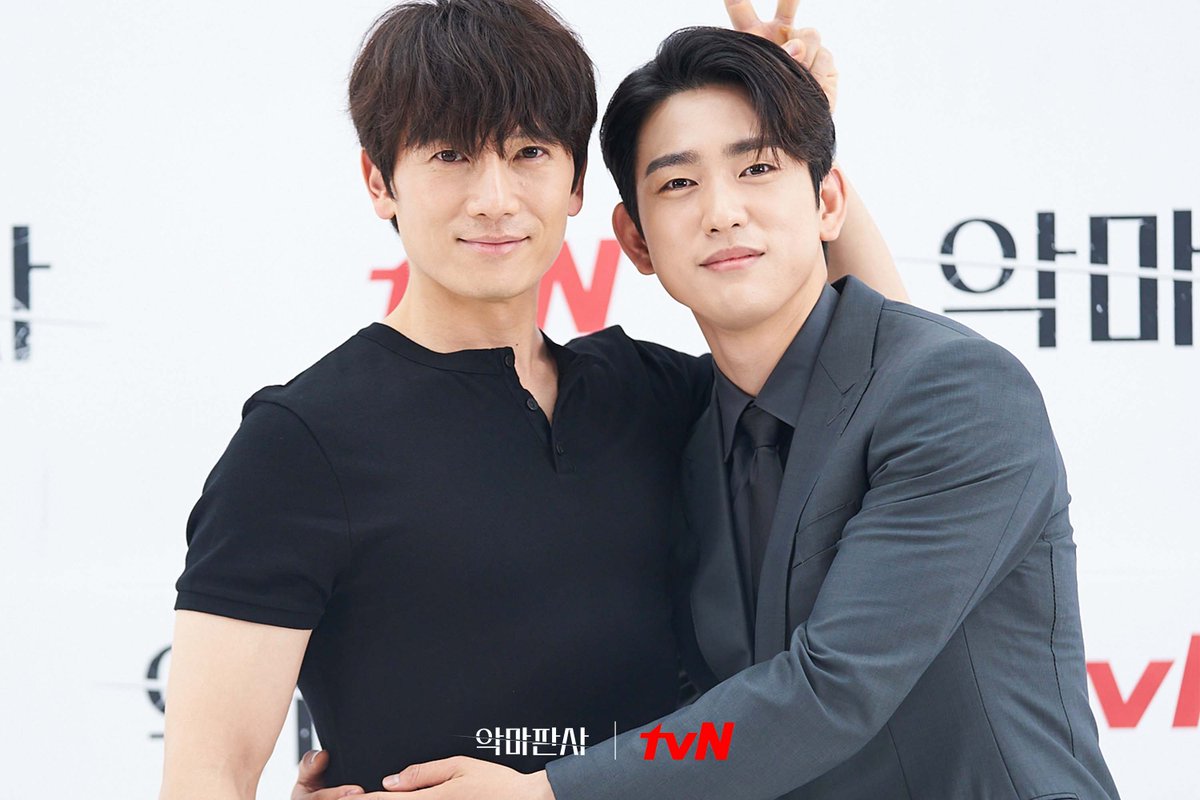