The 2 Other Romantic Relationships Showcased In “Imitation”

Based on the popular webtoon of the same name, “Imitation” is about the work and love lives of idols in the competitive entertainment industry.

Of course, the romance between Lee Ma Ha (Jung Ji So) and Kwon Ryoc (Lee Jun Young) is captivating the viewers, but there are two other couples who are making hearts flutter with their unique love stories!

First off, there are the “unrequited lovers”: Lee Yoo Jin (ATEEZ’s Yunho) and Hyun Ji (Lim Na Young). Lee Yoo Jin has had feelings for Lee Ma Ha ever since he was a trainee, and Hyun Ji couldn’t help but feel bitter that Lee Yoo Jin only thought about Lee Ma Ha. Previously, Hyun Ji helped Lee Yoo Jin spend some alone time with Lee Ma Ha and said, “I’m helping Ma Ha and Yoo Jin in my own way,” voicing her decision to choose friendship over love. However, Yunho also decided to stop pursuing Lee Ma Ha because he knew she was in love with Kwon Ryoc. The two prioritized other people’s happiness before theirs, and viewers are curious to find out if they will finally find reciprocated love with each other. 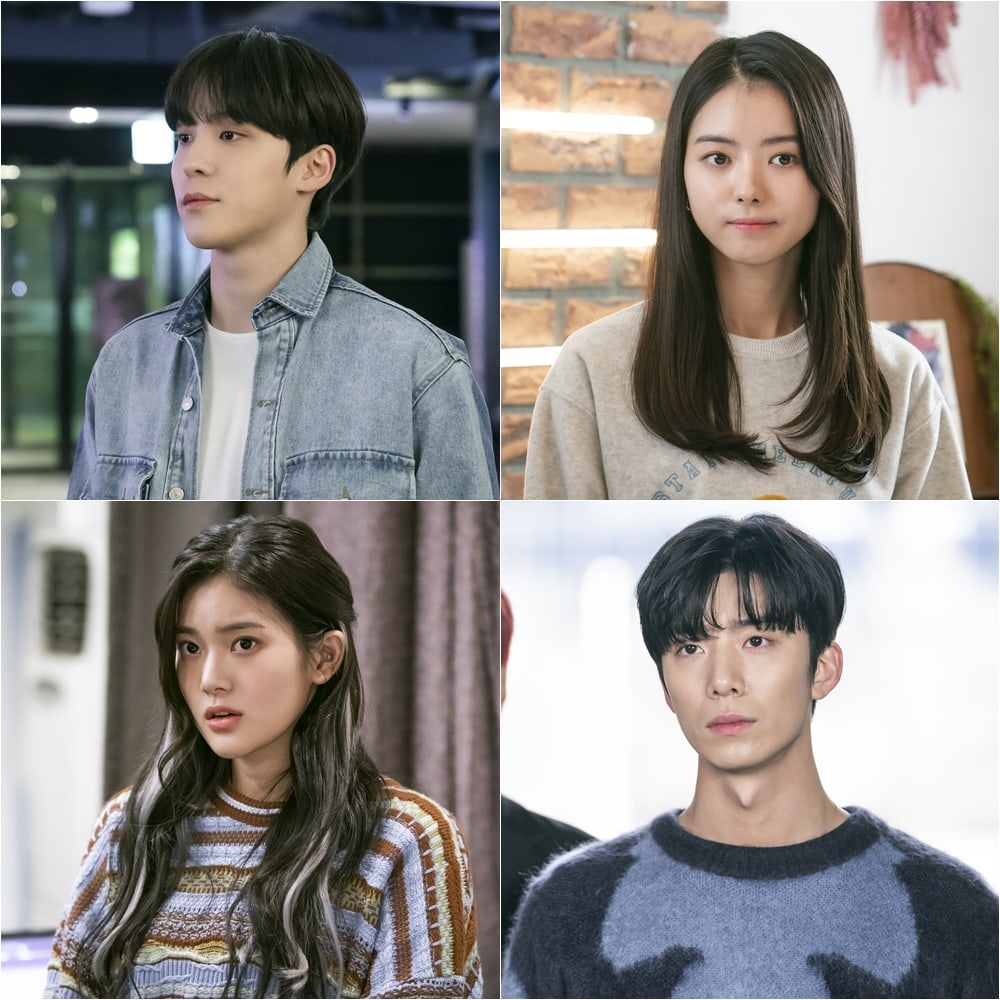 Then there’s the sweet but humorous romance between Ri Ah (Minseo) and Lee Hyun (SF9’s Hwiyoung). The two first met in the studio of producer Ha Seok (Jo Jung Chi). Ri Ah was recording Tea Party’s debut song, and Lee Hyun became mesmerized by her vocals and proposed they collaborate together. However, she put up an iron wall and firmly refused to work with him because she didn’t want to be involved with his idol group SHAX. He continuously attempted to talk to her, but she repeatedly turned him down. Viewers couldn’t help but laugh at how the cynical Lee Hyun only turned anxious in front of Ri Ah, and expectations are high about how their relationship that was formed through music will progress.

The producers of “Imitation” shared, “The romance of Lee Yoo Jin, Hyun Ji, Ri Ah, and Lee Hyun will provide entertainment and increase immersion of the drama in the remaining four episodes. Please tune in to see how their romance will end.”