Jung Ji So, Lee Jun Young, And Jiyeon Have An Awkward Three-Way Meeting In “Imitation”

In the previous episode, Ma Ha (Jung Ji So) and Kwon Ryoc (Lee Jun Young) continued their sweet romance out of the sight of prying eyes. But when SHAX’s agency CEO, Mr. Park (Gong Jung Hwan), gets a paparazzi photo of the two idols, he threatens Ma Ha and the other SHAX members if Kwon Ryoc doesn’t do as he’s told. In order to protect Ma Ha and his members, Kwon Ryoc breaks up with Ma Ha.

The new stills show the first meeting between Ma Ha and Kwon Ryoc after their painful breakup. Although this would be awkward enough on its own, the presence of La Ri Ma (Jiyeon) makes the atmosphere even more tense. When Ma Ha comes across her ex-boyfriend and her senior, who has a one-sided crush on Kwon Ryoc, she freezes in shock. Kwon Ryoc can’t hide his longing for her in his gaze, but isn’t able to approach her. Meanwhile, La Ri Ma assesses the situation with clear eyes, making viewers wonder whether she’ll make a move after figuring out that her crush is single again. 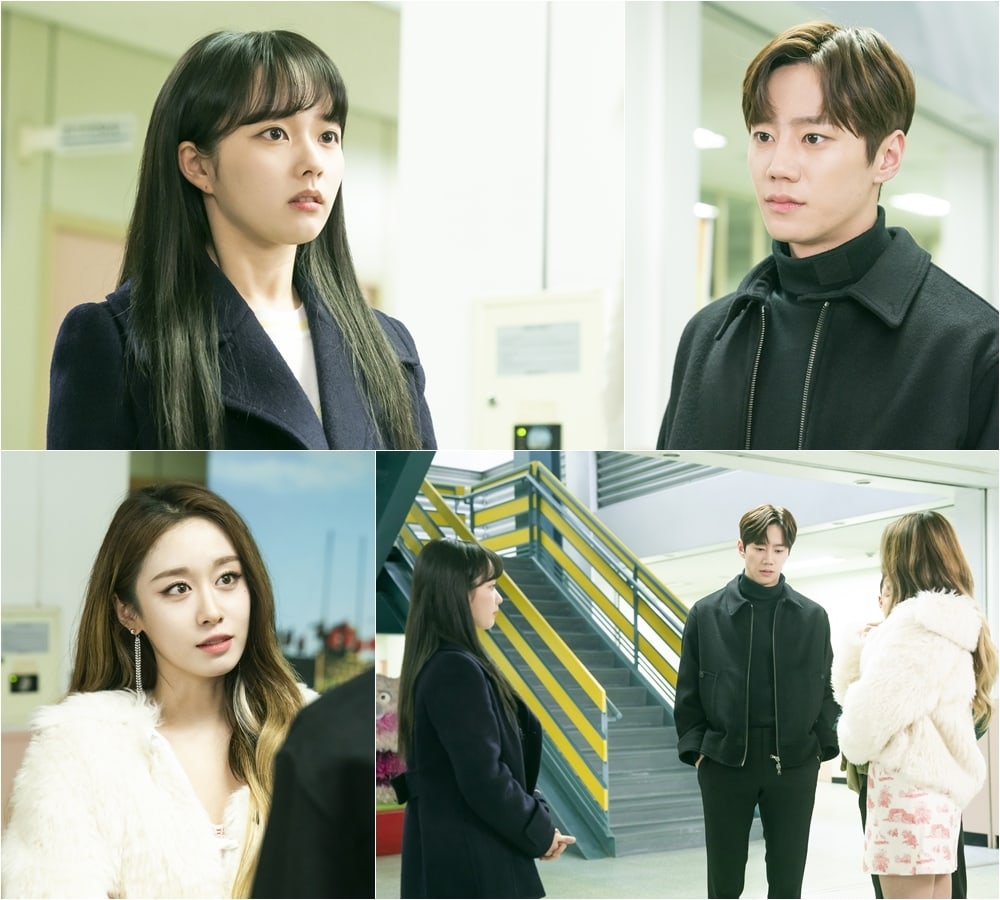 Jiyeon
Lee Jun Young
Jung Ji So
Imitation
How does this article make you feel?