The upcoming Netflix film “The 8th Night” has shared new stills of its cast.

“The 8th Night” is a mystery suspense horror film about the eight-day struggle against the “spirit that must not be awakened” that will cause the world to descend into hell once it has crossed the “seven footbridges.” It is directed by the newcomer director Kim Tae Hyung.

Lee Sung Min stars as Jin Soo, who was born with the fate of preventing the “spirit that must not be awakened” from entering the world. Nam Da Reum stars as Cheong Seok, a young monk who seeks out Jin Soo after learning that the spirit is about to wake. The new stills show the two of them conducting a mysterious ritual in a dark room with candles lit. Park Hae Joon stars as Ho Tae, a police detective in the violent crimes division, who is seen examining a dried-up and mangled corpse.

Kim Yoo Jung stars as Ae Ran, a girl with a secret, who is seen in the new stills keeping a sharp eye on Cheong Seok. In the rest of the stills, Jin Soo and Cheong Seok go out to the woods in order to confront the mysterious being and prevent it from entering their world and wreaking havoc. 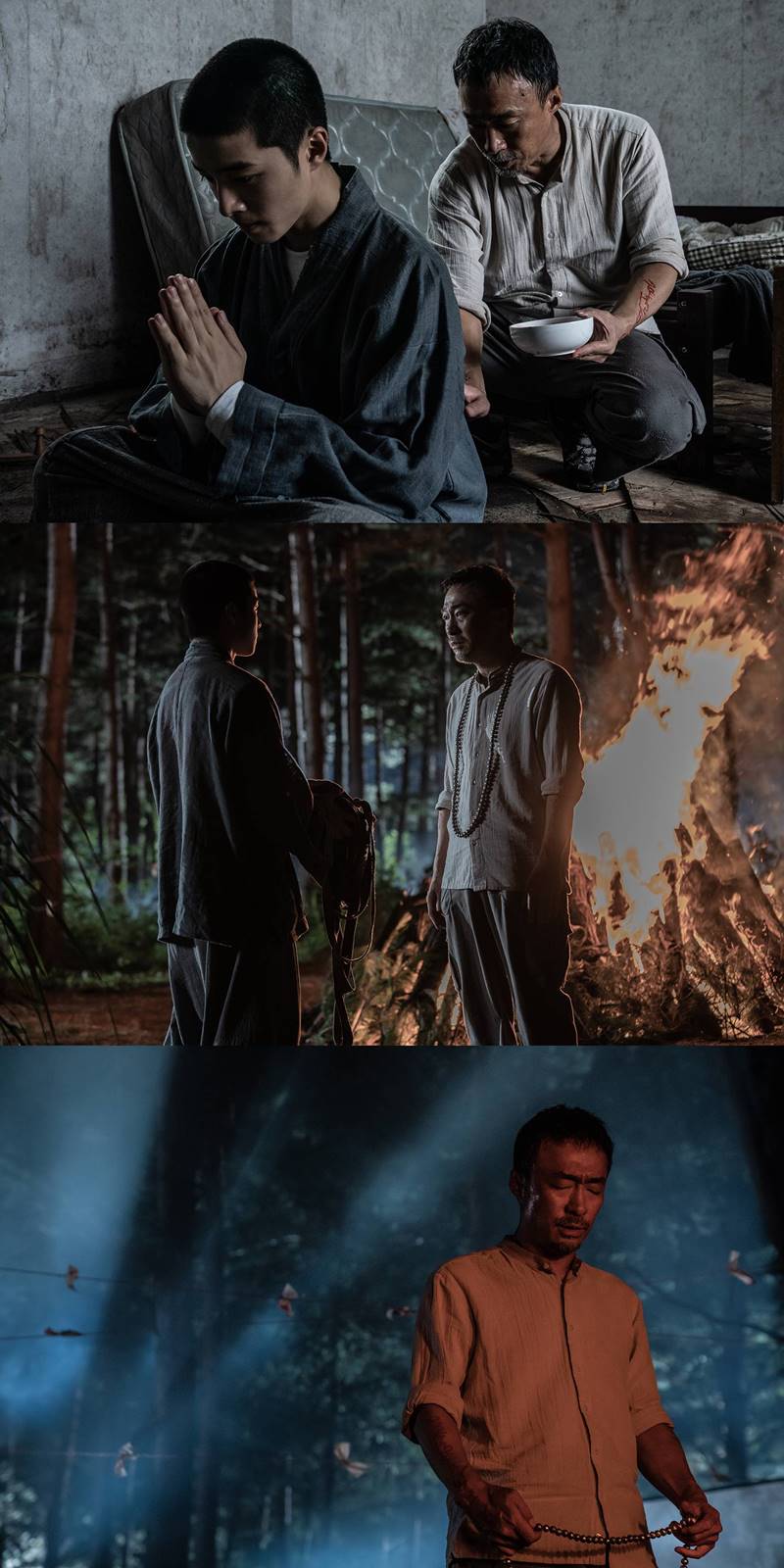 “The 8th Night” premieres worldwide on Netflix on July 2.