3 Questions Left To Be Answered In Final Episodes Of “Bossam: Steal The Fate”

There are only two episodes left to go in MBN’s “Bossam: Steal the Fate”!

As the story reaches its climax, viewers are growing more curious about the futures of the characters. Here are three main questions that remain to be answered in the final episodes.

What does the future hold for Ba Woo and Soo Kyung?

After overcoming many obstacles together, Ba Woo and Soo Kyung officially became a married couple. However, more hardships awaited as Lee Yi Cheom (Lee Jae Yong) began his plan to dethrone the king and Ba Woo’s reinstatement was cancelled. Back to fleeing from their pursuers, Soo Kyung ended up getting caught by the royal soldiers. Viewers are hoping to see a happy future ahead for Ba Woo and Soo Kyung despite their unfortunate circumstances. 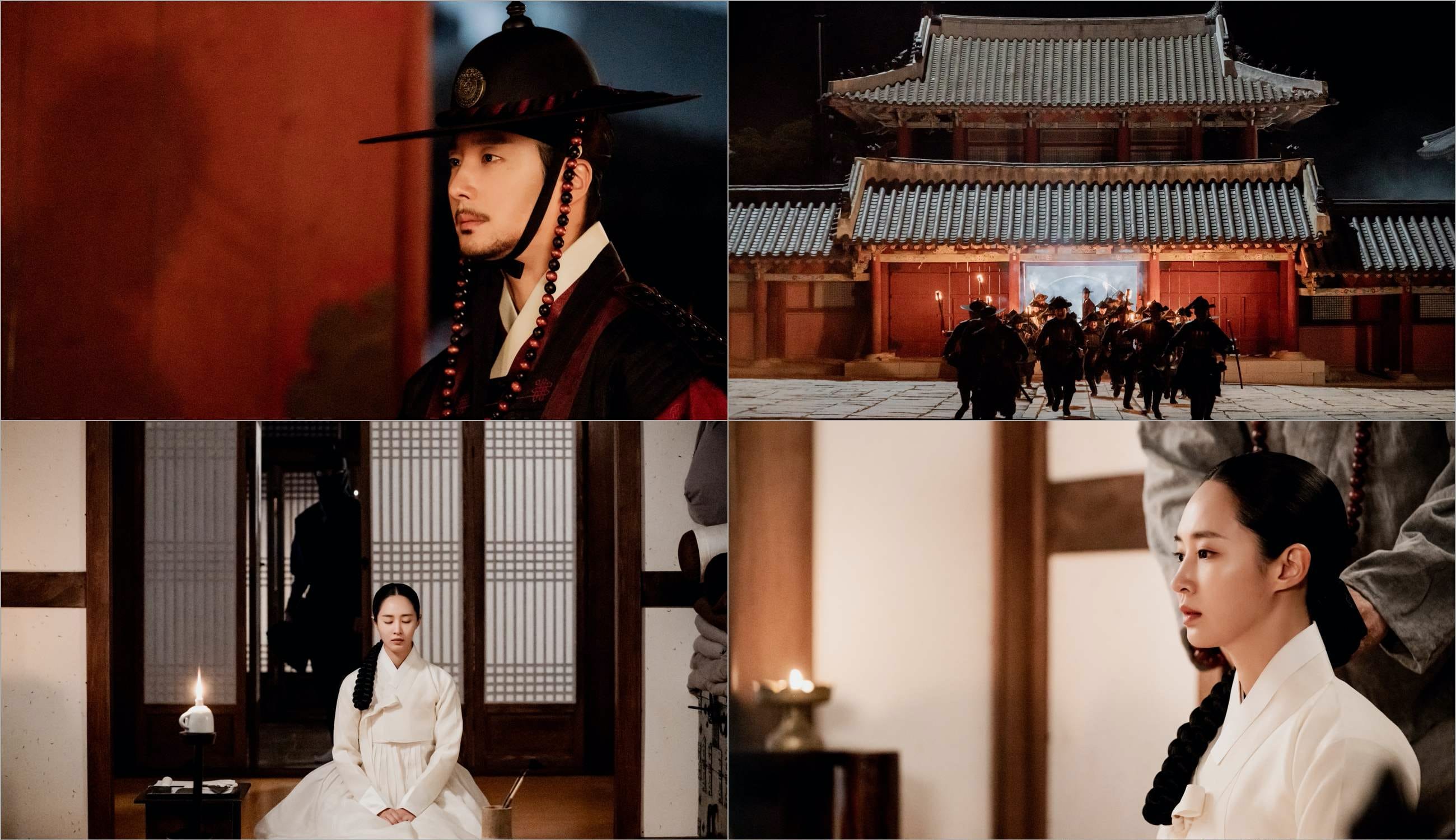 Will Dae Yeop be blinded by love and make the wrong choice?

The unpredictable actions of Dae Yeop (Shin Hyun Soo) also have viewers on the edges of their seats. Lee Yi Cheom revealed to Dae Yeop that he is the biological son of Prince Imhae, who is the eldest son of the previous king, and shared his plan to push King Gwanghae out and bring Dae Yeop to the throne. Lee Yi Cheom persuaded Dae Yeop by telling him that he would be able to keep his beloved Soo Kyung by his side if he became king. Though Dae Yeop expressed his sorrow about Lee Yi Cheom always using him to achieve his own goals, he lost his reason and stated his intention to join in on Lee Yi Cheom’s conspiracy. What could Dae Yeop’s true thoughts be?

Lee Yi Cheom vs. King Gwanghae: Who will come out victorious?

As Lee Yi Cheom and King Gwanghae hold the futures of Ba Woo, Soo Kyung, and Dae Yeop in their hands, curiosity mounts as to who will emerge as the final winner in their battle for power. Lee Yi Cheom threw King Gwanghae away when he no longer followed his orders, and he now intends to make Dae Yeop the new king. Meanwhile, King Gwanghae had his daughter Soo Kyung taken away and must do everything he can to stop Lee Yi Cheom’s schemes. Viewers are left wondering who will be in power in the end.