On the latest episode of “Ask Us Anything,” 2PM dished on the belated success of their viral hit “My House” and more!

All six members of 2PM appeared together as guests on the July 3 broadcast of the variety show, where they received a warm welcome from the cast.

At one point during the show, Kang Ho Dong mentioned that he had once asked Wooyoung about the “secret” to the success of their 2015 track “My House,” which suddenly went viral and enjoyed a dramatic resurgence in popularity five years after its release.

Kang Ho Dong recalled, “Wooyoung said, ‘In my opinion, Junho was a big part of it. I think that’s why the song ended up doing so well.”

Wooyoung explained, “Thanks to that small effort on the part of the fan who posted the ‘”My House” Junho’ video clip, the song became incredibly famous again. Back when we were promoting [‘My House’], we were only able to perform on music shows for one week. We were really sad that we couldn’t promote it longer, so it was like the heavens had heard us, and we’re finally now able to satisfy our longing [to perform it properly].”

He went on to add, “While the other members are like this as well, Junho is always super-careful in everything he does to make sure he doesn’t cause any harm or damage to the 2PM members. He’s always very cautious, and he selflessly makes sacrifices for 2PM. That’s his attitude. That’s the reason he came to mind right away [when Kang Ho Dong asked that question].” 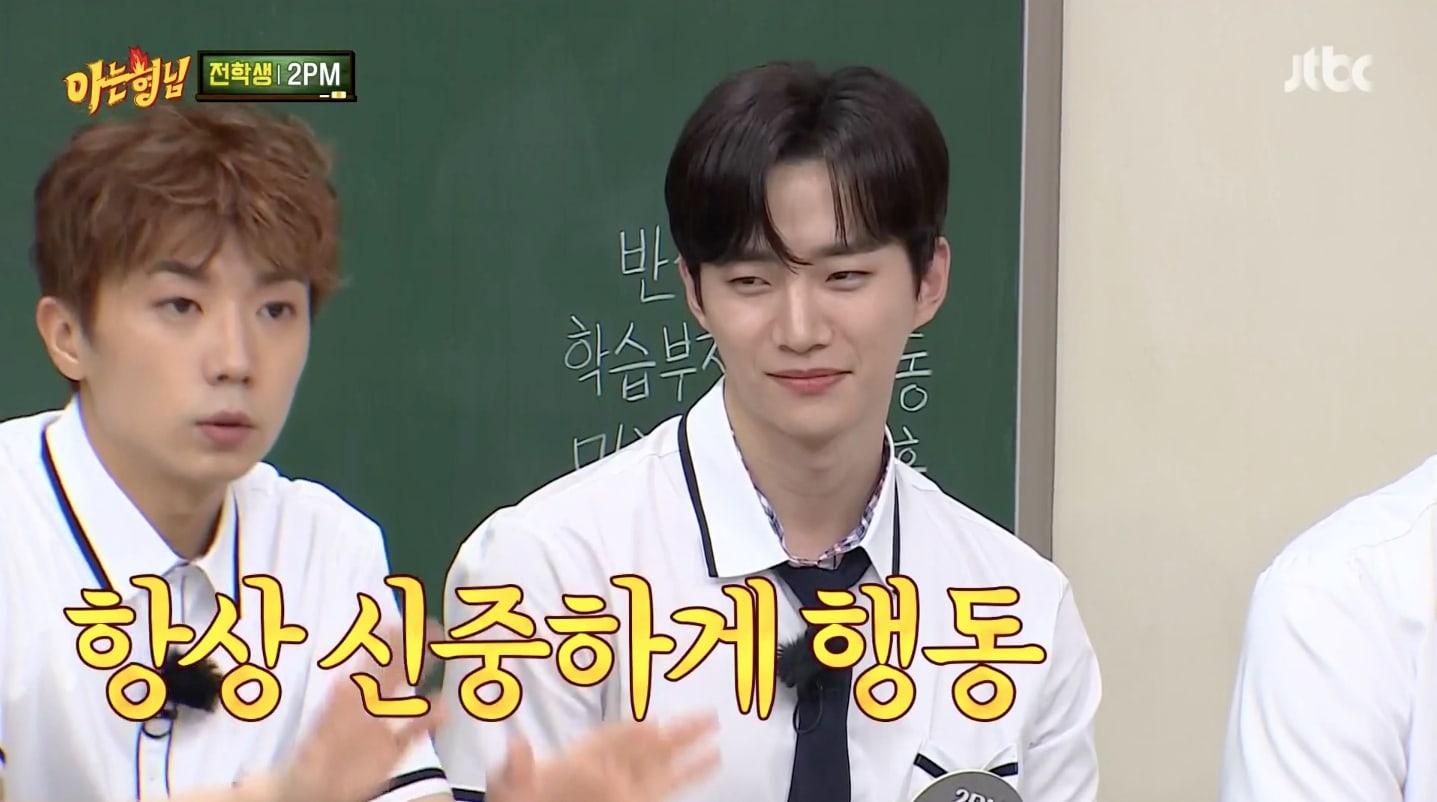 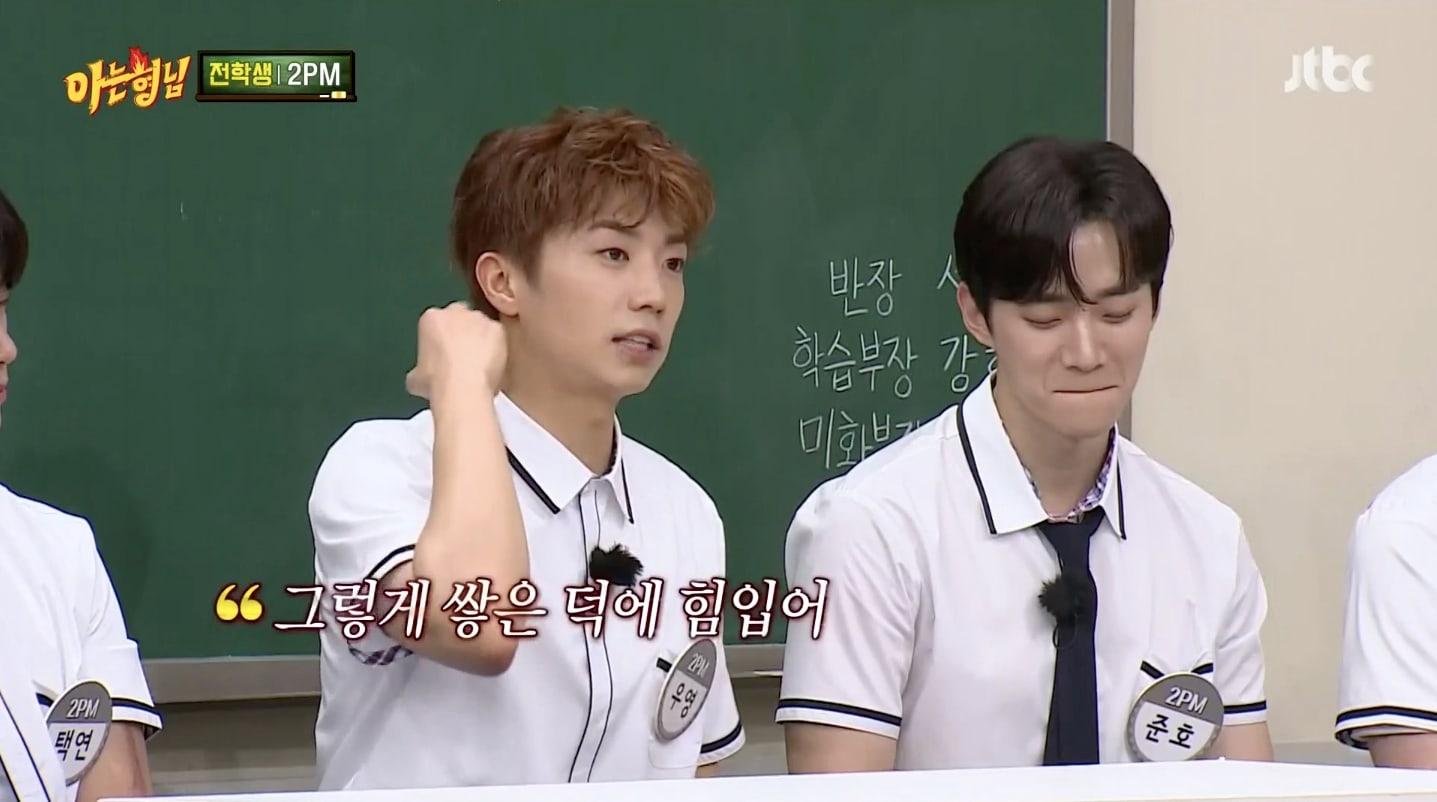 The cast then brought up the fact that Jun.K had composed the music and lyrics for “My House,” and they jokingly remarked that he must have made a ton of money in royalties.

Jun.K responded, “I need to clear something up. People have been saying, ‘He must be making so much in royalties,’ but I’m telling you now: it’s not actually that much. To be honest, everyone, it’s not that much. I’m really grateful to the people who have shown love for ‘My House,’ but I haven’t made a fortune in royalties or anything like that. It’s just enough to make me feel grateful.” 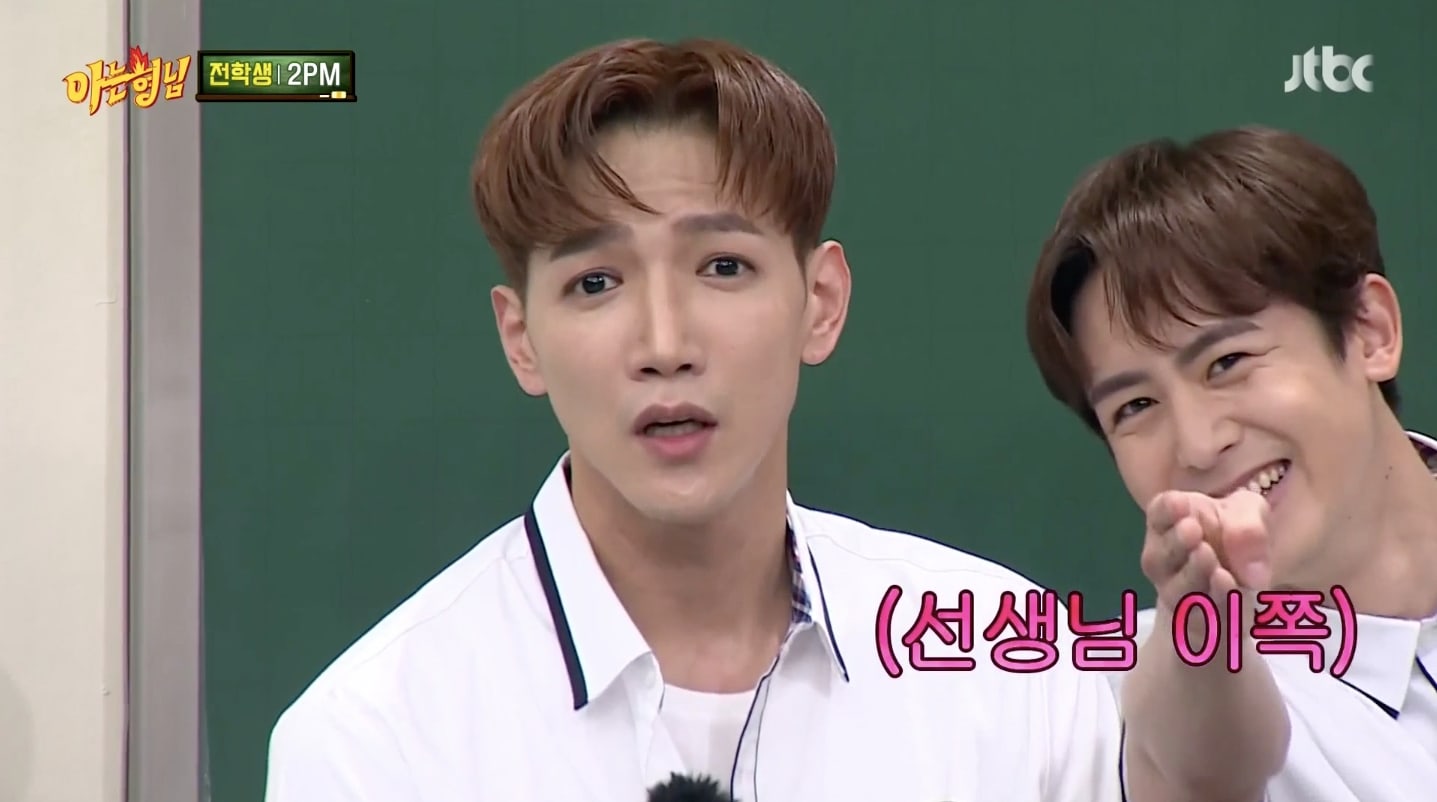 Later on in the episode, the 2PM members shared that they thought of each other as family. Nichkhun commented, “The members are so kind. They’re always so considerate in taking care of me. Even though I’m practically Korean, I’m still a foreigner, so they always ask me, ‘Is this okay? Do you understand this?’ They’ll ask these sorts of questions and explain things one more time for me.”

The “Ask Us Anything” cast then asked Nichkhun which 2PM member he’d choose if he hypothetically had to set his younger sister up with one of his bandmates, to which Junho pointed out that Nichkhun actually had two younger sisters in real life.

Nichkhun revealed, “Actually, one of my younger sisters likes Chansung, and the other one likes Wooyoung.” Lee Soo Geun responded, “But you might feel differently as an older brother.”

After a moment of thought, Nichkhun replied, “Chansung. I’ve known Chansung for 16 years now, and he’s never lied, not a single time. And even when he gets angry, he doesn’t lose his temper. He always tries to talk it out. Also, he’s a good cook!” 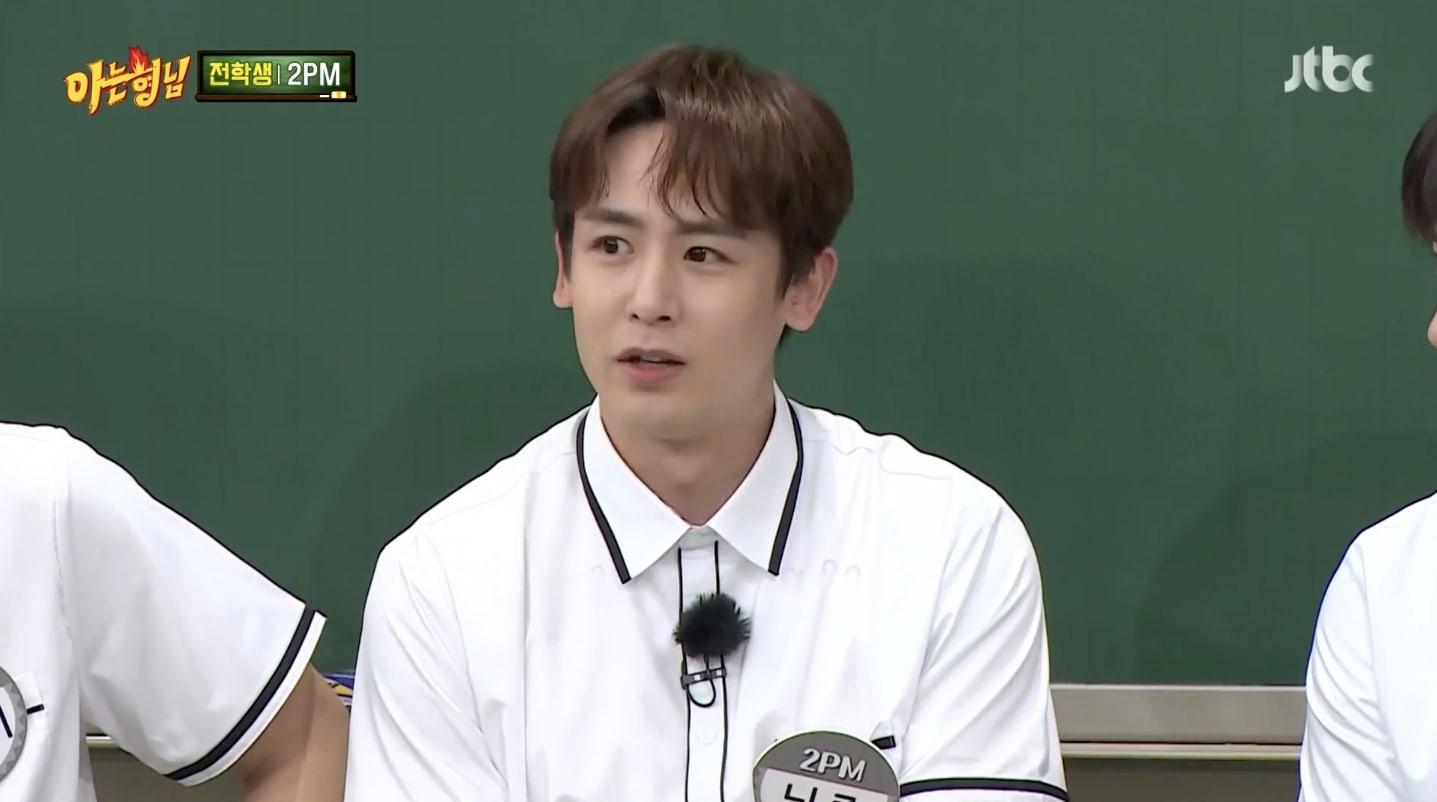 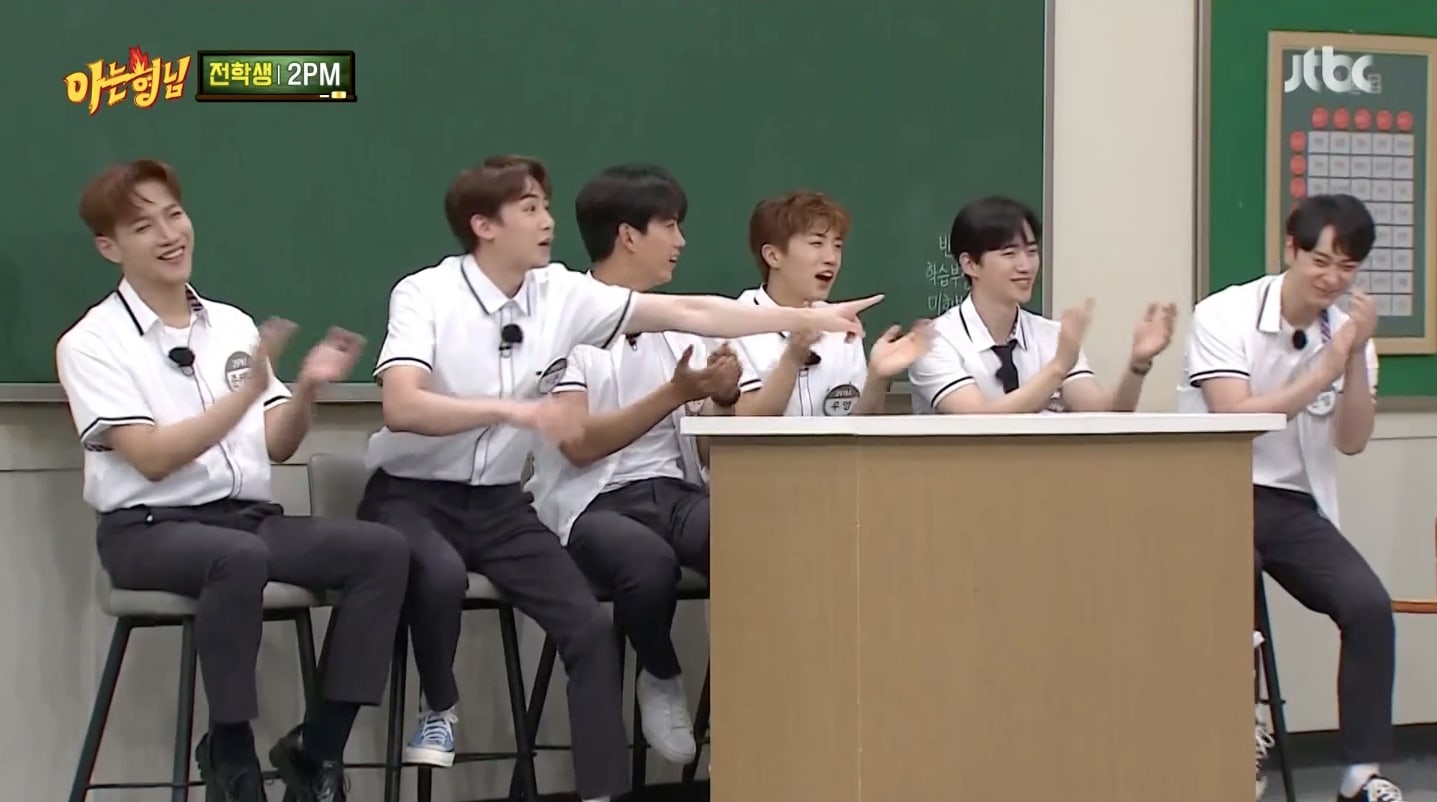 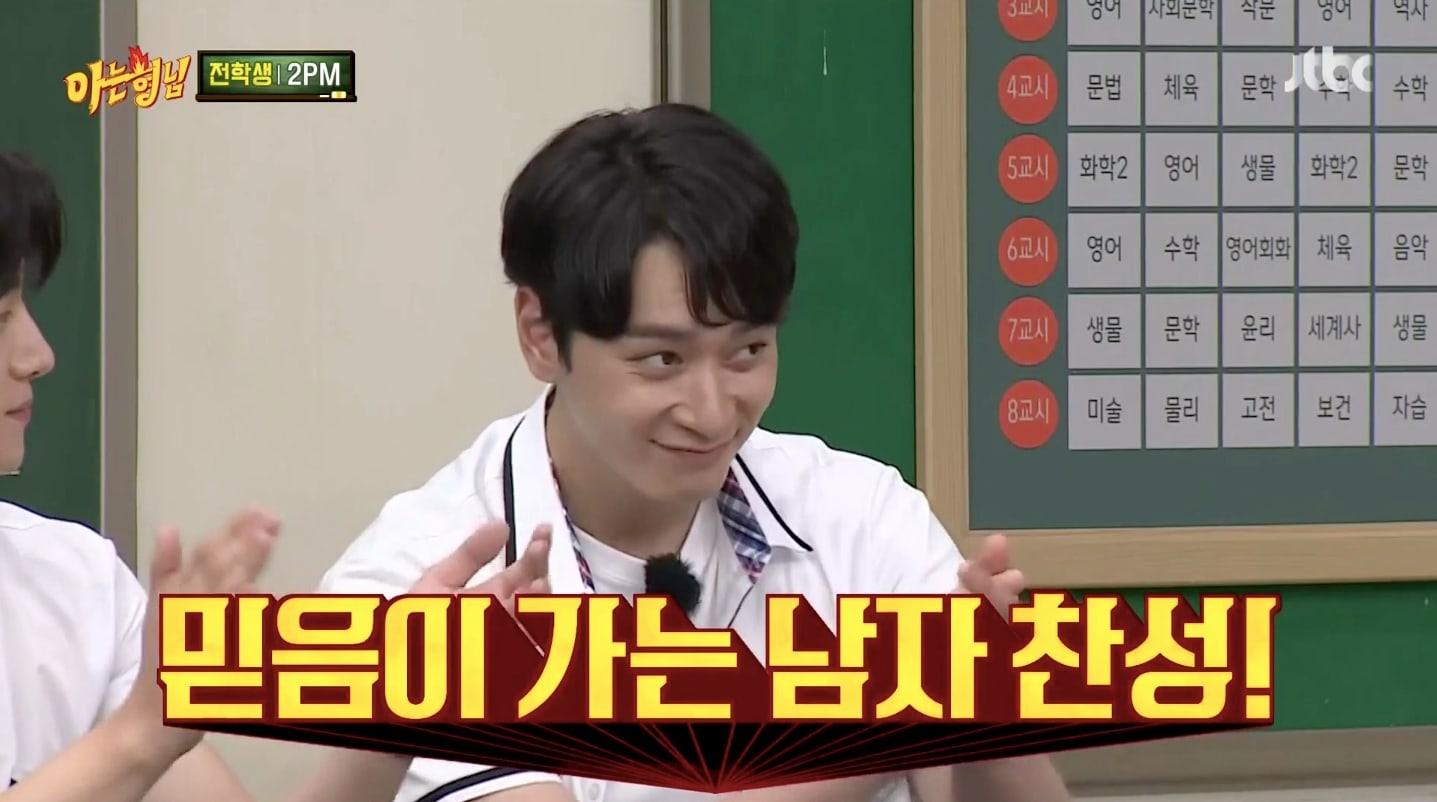 2PM also got the cast excitedly cheering and dancing along by performing a medley of some of their greatest hits, including “Again & Again,” “Heartbeat,” “My House,” and “Hands Up”—as well as a snippet of their new title track “Make It.”

Check out the clips of both performances below!