The writer of tvN’s new drama “The Devil Judge” has shared his thoughts on the starring cast!

Former judge Moon Yoo Suk, who wrote the hit legal drama “Miss Hammurabi” and has since left the courtroom behind to focus on his writing, penned the script for “The Devil Judge.”

Describing his inspiration for the story, Moon Yoo Suk remarked, “I think this kind of society is the perfect stage for a devil judge to rise as a hero by putting on a flashy trial show amidst the anger and discontent of the public.”

“Sadly, from a certain point on,” he continued, “rather than a kind and just protagonist, people started preferring to have an extremely powerful person on their side, no matter what their motives are. That’s the fantasy that this new era demands.”

“Instead of that fantasy in and of itself, I thought it was more fun to imagine what kinds of things might happen if that fantasy actually became a reality,” he went on. 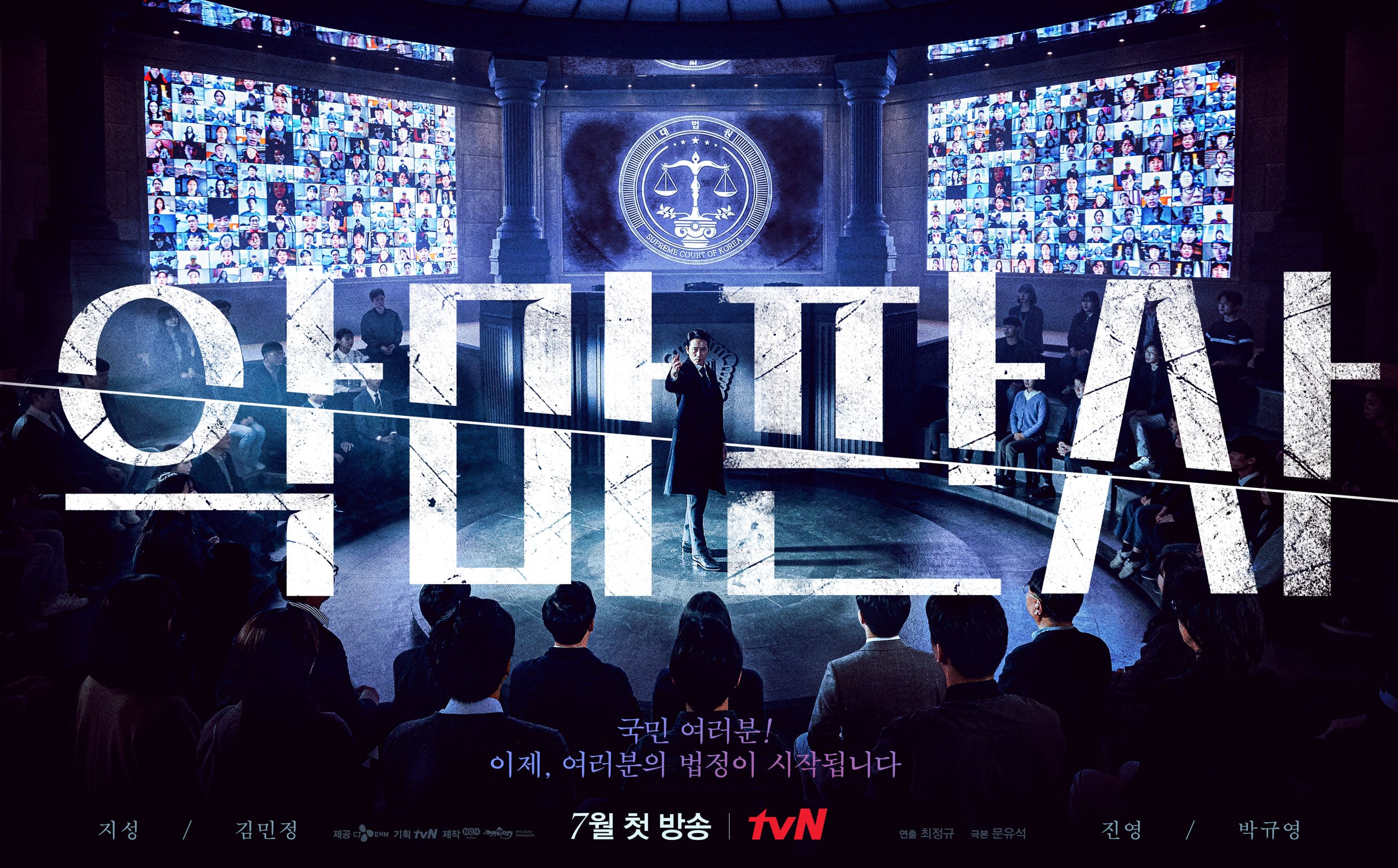 Moon Yoo Suk also spoke highly of the drama’s four leads. In addition to Ji Sung, Kim Min Jung stars in the drama as Kang Yo Han’s powerful and deceptively charming nemesis Jung Sun Ah, while GOT7’s Jinyoung stars as Kim Ga On, an upstanding associate judge who is passionate about justice and grows suspicious abut Kang Yo Han’s motives. Finally, Park Gyu Young rounds out the starring cast as Yoon Soo Hyun, a tough detective who does everything by the book and has feelings for her longtime friend Kim Ga On.

Praising the four actors, the writer shared, “I’m so grateful for the [starring cast]. Ji Sung and Kim Min Jung are the spitting image of Kang Yo Han and Jung Sun Ah, so I’m amazed every time I watch their footage.”

“As an actor capable of a wide range of transformations, Ji Sung is able to capture the many faces of the unpredictable Kang Yo Han,” he continued. “Actress Kim Min Jung embodies Jung Sun Ah, who has so much presence that you can’t take your eyes off her, and who has an innocent lovability despite being a villain.” 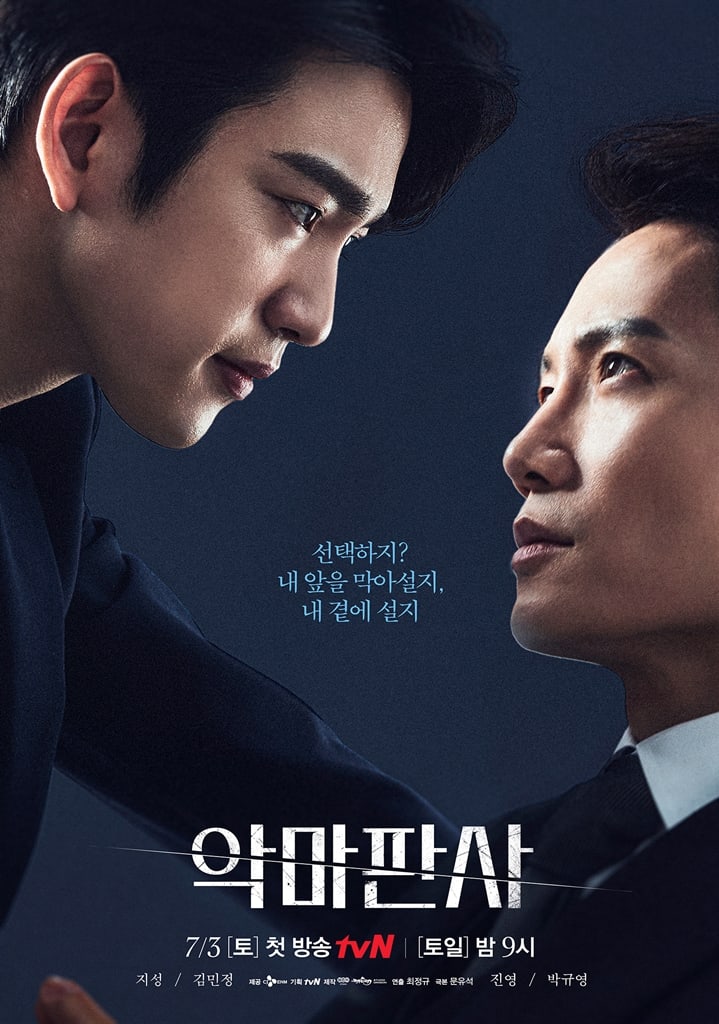 “The Devil Judge,” which premiered on July 3, airs on Saturdays and Sundays at 9 p.m. KST. The drama is also available with English subtitles on Viki.

Check out the first episode of “The Devil Judge” with subtitles below!