KBS’s “At a Distance Spring Is Green” is moving into its second half!

“At A Distance Spring Is Green” stars Park Ji Hoon, Kang Min Ah, and Bae In Hyuk in a heartwarming and relatable story about the friendships and relationships between ordinary university students.

In the June 28 episode, Yeo Joon (Park Ji Hoon), Kim So Bin (Kang Min Ah), and Nam Soo Hyun (Bae In Hyuk) started to become true friends after building up their trust in each other despite their initial wariness. The preview for next week also suggested that Yeo Joon and Kim So Bin’s relationship would be moving full-steam ahead as well.

Here are three turning points to keep in mind as the drama enters its second half:

From friends to lovers 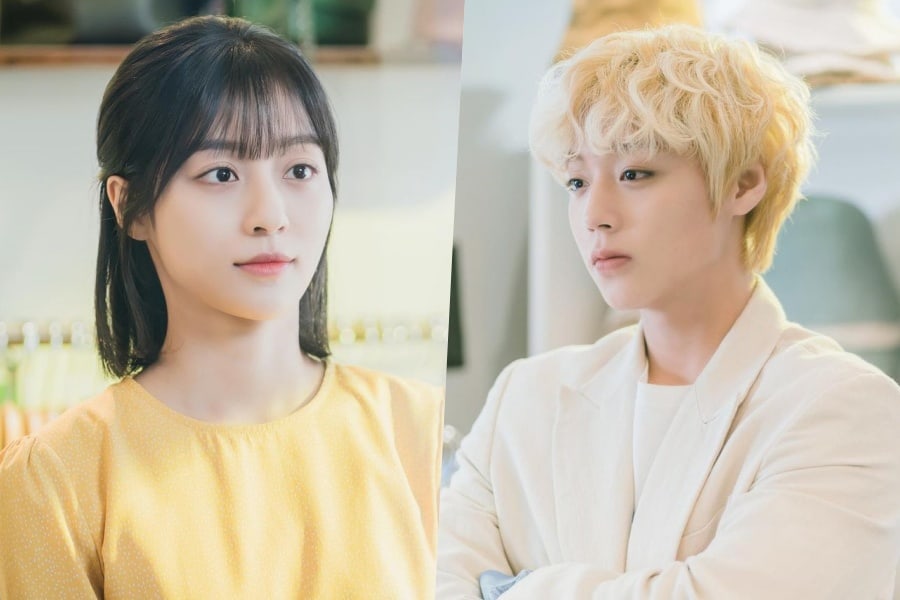 At their first meeting, Yeo Joon and Kim So Bin got off on the wrong foot, but the two of them became closer after empathizing with each other’s concerns and protecting each other. Their friendship is closer than a regular senior-junior relationship, and Yeo Joon even cheekily referred to her as his “girlfriend” in front of Hong Chan Gi (Choi Jung Woo), whom Kim So Bin has a one-sided crush on. Yeo Joon and Kim So Bin thus entered into a “fake” relationship, but at the end of episode 6, the two almost exchanged a kiss during a drunken conversation. Both of them have experienced pain in the past, but can they cross that final line and become true lovers? 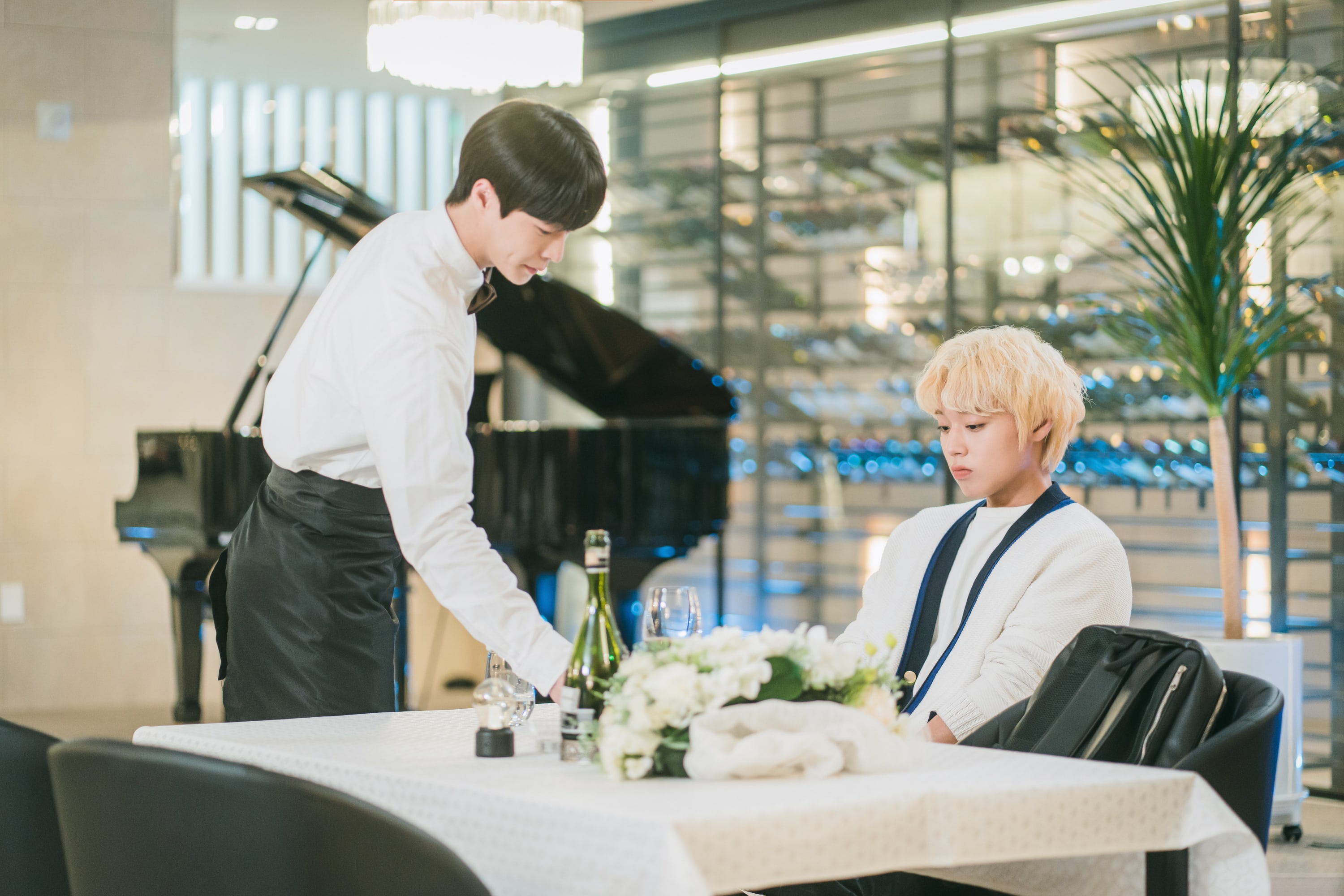 Nam Soo Hyun lost his father and was forced to become the head of his household at a young age, leading to many struggles as he tried to help his family survive. After his younger brother, Nam Goo Hyun (Kim Su Gyeom), began preparing for the exams to become a police officer, Nam Soo Hyun began looking for part-time jobs that included room and lodging in order to save rent money.

It took time for Nam Soo Hyun to warm up to Yeo Joon because of his jealousy and inferiority complex over the younger student’s lavish lifestyle. Yeo Joon has become accustomed to using his money to make people like him, but can he extend a true helping hand to Nam Soo Hyun, who is fighting a daily battle against the harsh world? 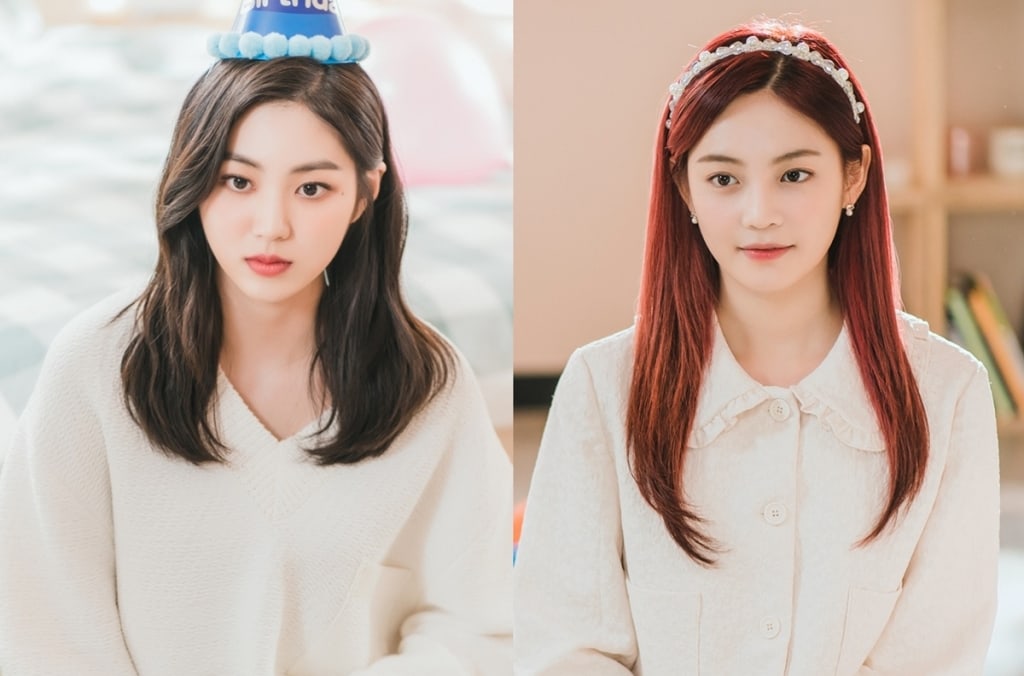 Kim So Bin lives with two roommates, Wang Young Ran (CLC’s Kwon Eunbin) and Gong Mi Joo (Woo Davi). Each of the roommates is highly individual, making their shared living experience an interesting one. In particular, there was a clash at first between Wang Young Ran, who is easygoing and relaxed, and Gong Mi Joo, who is prim and sensitive, but the two started to understand each other and get along better.

“At a Distance Spring Is Green” airs every Monday and Tuesday at 9:30 p.m. KST.

Eunbin
Kang Min Ah
Park Ji Hoon
Bae In Hyuk
Woo Davi
At a Distance Spring is Green
How does this article make you feel?