9 K-Drama Couples That Have Healthy Relationships

It can be surprisingly hard to find a good depiction of a healthy relationship in a K-drama. Although the feelings might be genuine, having a strong foundation, healthy courtship, and maintaining a solid relationship is actually not common in the fictitious K-dramaland. Although we’ve visited this topic in the past (see this feature here), here are some more main K-drama couples that have pretty healthy and solid relationships. 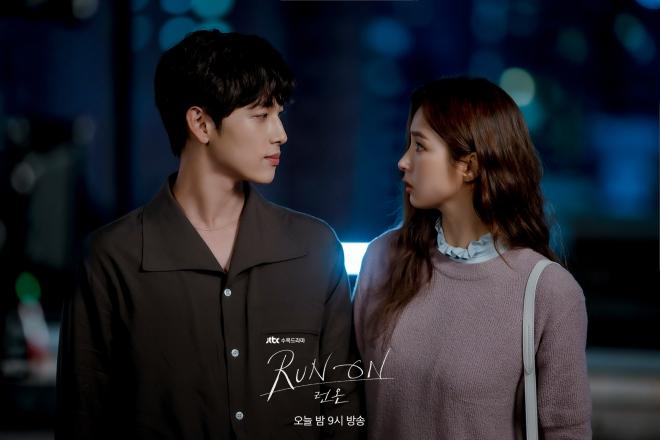 In “Run On,” Im Si Wan plays a former track runner named Ki Sun Kyum who decides to retire as a result of no longer finding happiness in the sport. He meets Oh Min Joo (Shin Se Kyung), a free-spirited subtitle translator for foreign films. The two are very different, but Sun Kyum takes a strong liking to Mi Joo, and they start to fall in love.

The best part about this couple is that their relationship is very realistic. The two don’t fall in love at first sight, but after getting to know each other and understanding their struggles and dreams, they fall in love. It’s a progression and a journey that viewers partake in and also end up getting butterflies over. Their conversations are not superficial but very deep and meaningful, which makes this couple even more healthy and admirable!

2. Sung Duk Mi and Ryan Gold in “Her Private Life” 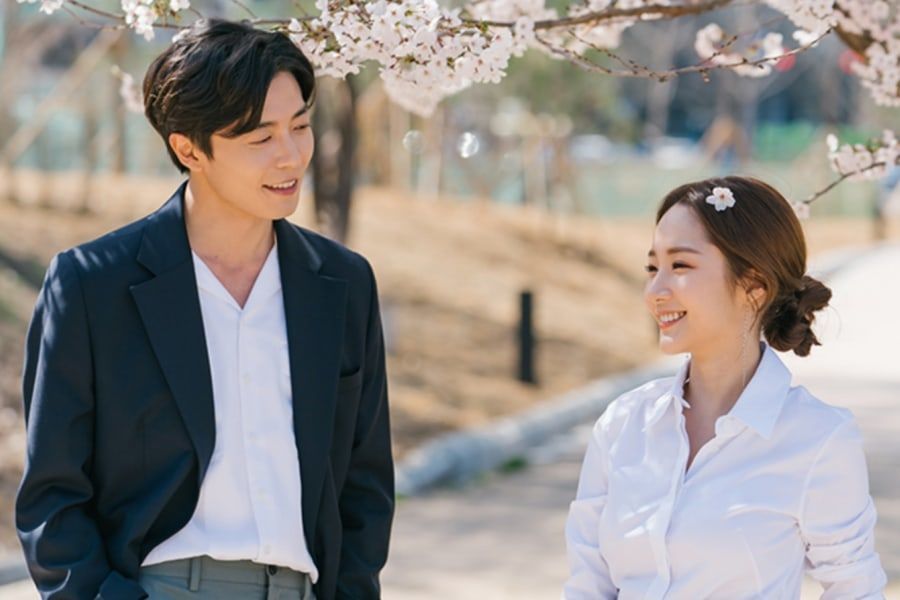 “Her Private Life” follows the story of a fangirl by the name of Sung Duk Mi (Park Min Young). She is an art director by day and a fangirl by night. She is so obsessed with her favorite idol and idol group that she hides it from everyone she knows – including her new boss Ryan Gold (Kim Jae Wook). The two end up fake dating which naturally leads them to realizing their genuine feelings.

Despite Ryan Gold having a lot of baggage and past trauma, it does not stop him from opening his heart to Sung Duk Mi. Ryan is able to discover the truth about his past and long lost brother, and even in processing through the trauma, he is able to find love and do it with so much passion. He is a supportive and trusting boyfriend who is able to communicate his feelings to Duk Mi while Duk Mi is also able to express her true self to him without feeling insecure. These two are a match made in K-drama heaven and are very much relationship goals.

Watch the first episode of “Her Private Life”: 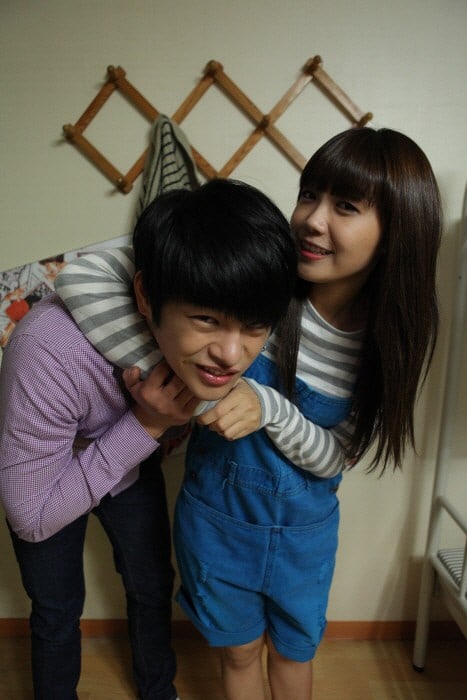 Seo In Guk stars as a high school student named Yoon Yoon Jae who has been in love with his childhood friend and neighbor, Sung Shi Won (Jung Eun Ji), since they were kids. Despite the two initially having a brother/sister-like relationship, Yoon Jae’s feelings grow deeper as they get into high school, and he realizes that he wants nothing more than to be with her.

The best part about “Reply 1997” is that it’s based on a couple who experiences first love. Yoon Jae is in love with Shi Won for as long as he can remember, and as he gets older, his feelings only continue to grow. He loves her more for who she is and the feelings never go away. The two experience all of the hardships and successes of life together, which makes their foundation so strong and meaningful. They communicate their frustrations and anger, and are very open with each other, which makes them such an ideal couple. Even their constant bickering and teasing of one another is so endearing and playful to see!

4. Hwang Yong Sik and Dong Baek in “When The Camellia Blooms” 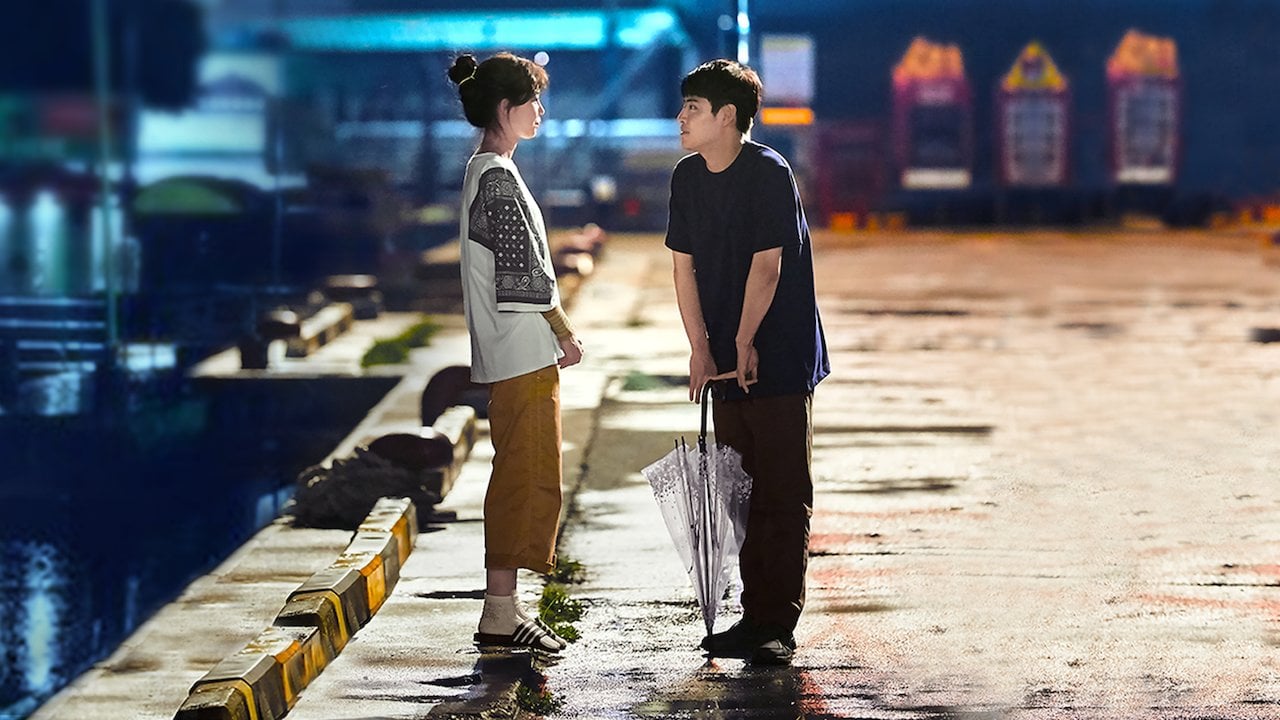 “When the Camellia Blooms” stars Kang Ha Neul and Gong Hyo Jin as two lovers who live in a small town. Dong Baek (Gong Hyo Jin) has a lot of baggage as a result of being abandoned by her son’s father. This doesn’t stop the enigmatic and passionate Hwang Yong Sik (Kang Ha Neul) from falling deeply in love with her and her son. Hwang Yong Sik’s infectious positivity is an attribute that Dong Baek finds solace in despite the hardships of being a single mother.

Kang Ha Neul as Hwang Yong Sik is everything. Just when Dong Baek had given up on love and swore her life to her son, Yong Sik comes into her life like a ray of sunshine. He doesn’t let her give up on love and is willing to show through his actions how much she can trust him. He makes sure to keep his distance and give her space while she tries to figure out her life and is happy just being there for her. His honesty and innocence could make anyone love him!

5. Kang Mi Rae and Do Kyung Suk in “My ID Is Gangnam Beauty” 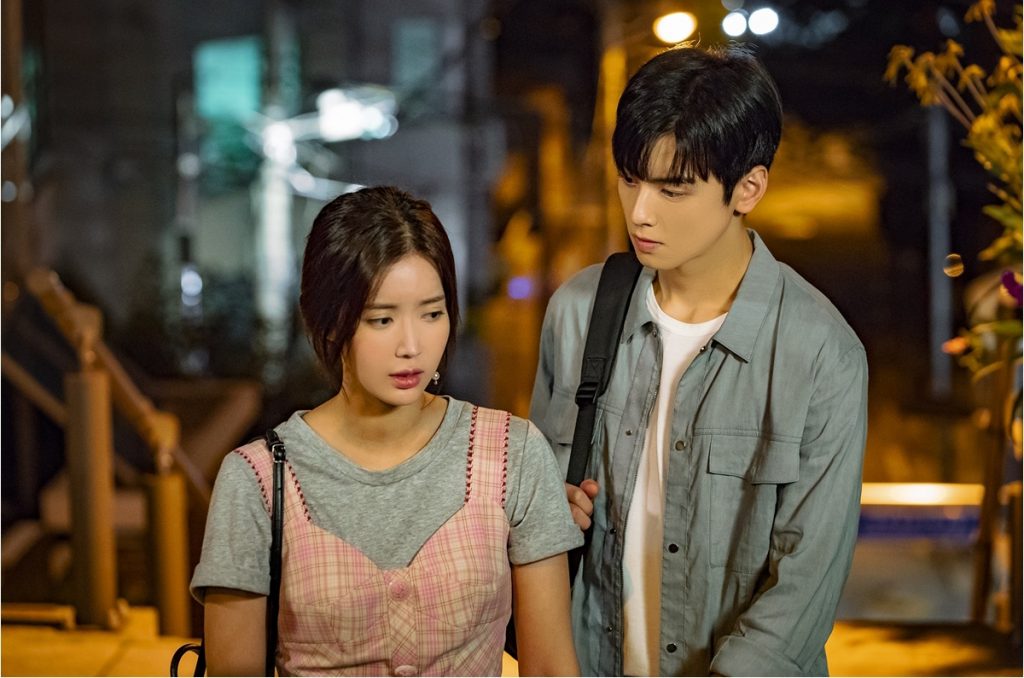 Previously being bullied and tormented for her looks, Kang Mi Rae (Im Soo Hyang) transforms her image completely before going into University. She meets Do Kyung Suk (Cha Eun Woo) in University and hopes that he does not recognize her, as she has known him from when they were younger. What Kang Mi Rae doesn’t know is that Kyung Suk used to have a crush on Mi Rae before her physical transformation.

Seeing Do Kyung Suk and Kang Mi Rae fall in love on the basis of who they are inside is a relationship that is admirable. Mi Rae’s ability to gain confidence and happiness as she discovers who she is and who she loves brought viewers a lot of healing. She found love in Kyung Suk, and although he is a character who exhibits physical beauty, he admires the heart of a person and falls in love with Mi Rae’s character and charm. 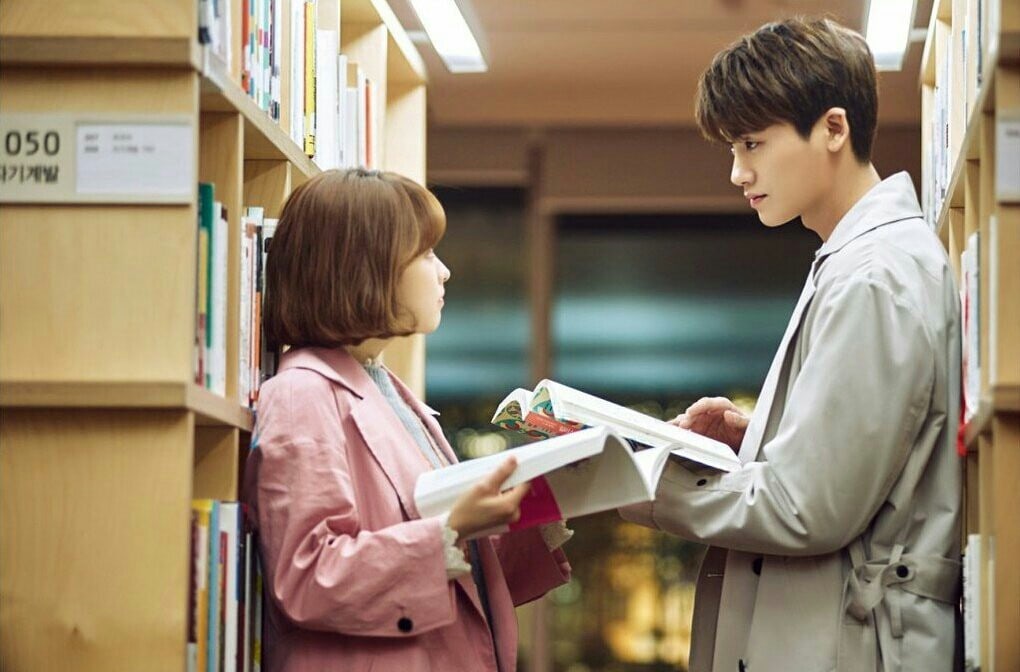 Park Bo Young stars in “Strong Woman Do Bong Soon” as an aspiring game maker who was born with super strength. She meets Ahn Min Hyuk (Park Hyung Sik), the CEO of a game company, who happens to be in need of a bodyguard. He ends up hiring Do Bong Soon with the added bonus of letting her develop a game while she works for him.

While they are working so close to each other every day, Ahn Min Hyuk ends up falling head over heels for Bong Soon. The two are able to share their insecurities and challenges when it comes to life, and Min Hyuk even almost risks his life to help and be with Bong Soon. His love for her is relentless, and Bong Soon is also able to realize her true feelings as a result of his love for her. 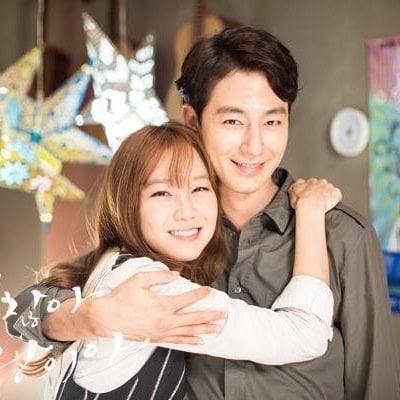 In “It’s Okay, That’s Love,” Jo In Sung stars as the megastar writer Jang Jae Yeol, who meets Ji Hae Soo, played by Gong Hyo Jin. They develop a strong distaste for each other, but when Hae Soo discovers that the owner of the house she’s renting and living in belongs to Jae Yeol, she must make amends with him and put up with his arrogant ways. Despite their hate for each other, they discover that they’re a lot alike and this becomes a breaking point in their relationship. From here stems a beautiful romantic relationship.

What makes the OTP in this series so healthy and admirable is the fact that Jae Yeol and Hae Soo develop feelings for each other very naturally. They get to know each other, and although they are a bit annoyed with each other to start, they begin to understand and sympathize the other person. Their relationship is about leaning on each other and helping them become a better form of themselves. Even with Jae Yeol’s traumatic history and baggage, Hae Soo is able to be there for him and be that person to help him through it. It’s a beautiful romance that many can respect. 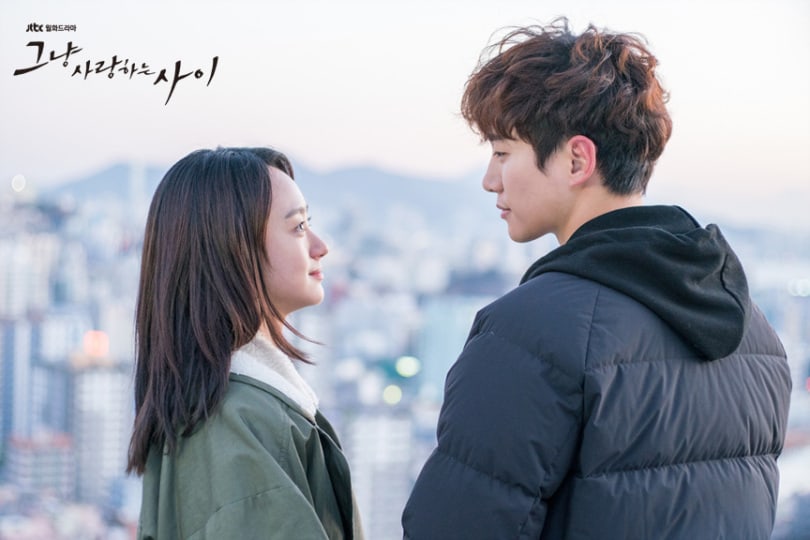 Lee Gang Doo (Junho) has been through a lot in his life. He had aspired to become a soccer player, but because of an accident, his dreams were crushed. As an adult, he’s taken on odd jobs and just barely gets by in life. Ha Moon Soo (Won Jin Ah) has also been through some traumatic events in her life, but she has suppressed her memories of them. She focuses all her attention on becoming a successful architect.

The two seem like they are completely different, but they form an unshakeable connection. They discover that they’re connected by a past trauma that has been crippling both of their lives, and their relationship is far more fateful than they could have ever imagined. The bond they share in the hardships that they have gone through makes their feelings so much stronger and genuine. Their honesty and ability to understand the other’s emotions and thoughts make them so compatible and healthy. 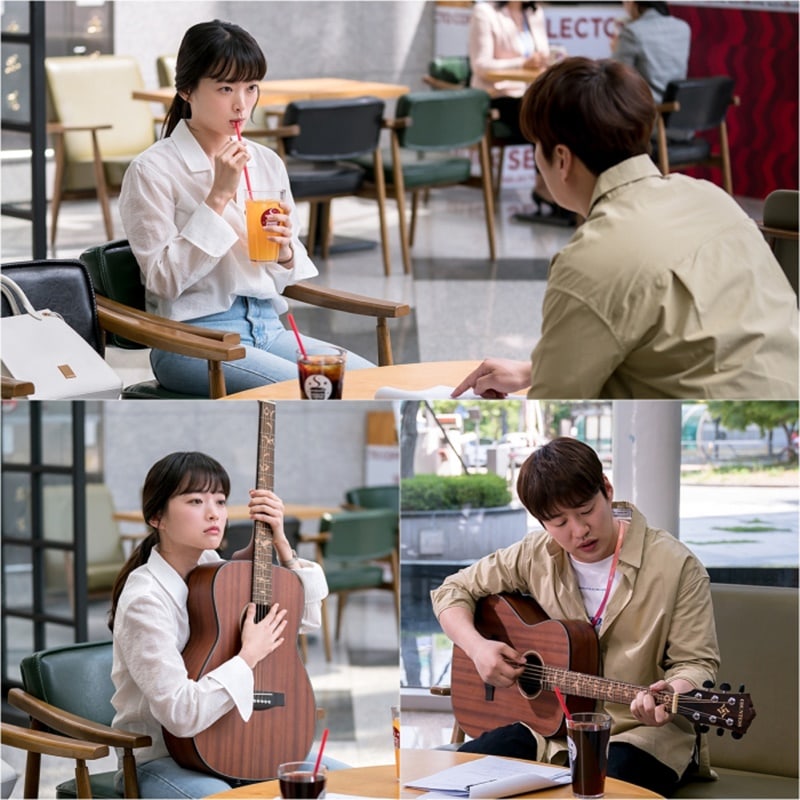 Im Jin Joo (Chun Woo Hee), Lee Eun Jung (Jeon Yeo Bin), and Hwang Jan Joo (Han Ji Eun) are three women who are over 30, just trying to get through life. Im Jin Joo is an aspiring K-drama writer who has her script picked up by Son Bum Soo (Ahn Jae Hong), a hot-shot director. The two work together to try and bring the K-drama to life.

Both Son Bum Soo and Im Jin Joo are quirky and have been hurt in the past, but that doesn’t stop them from falling for each other. The open communication and their ability to be very upfront and honest about their feelings and thoughts make their relationship flourish. Just when Jin Joo wants to push Bum Soo away, she expresses her thoughts to him freely, and he responds in a very caring and understanding manner. It also helps that they like to laugh at each other and have the best sense of humor when it comes to tackling the hardships in life.

Don’t forget to check out part one of this article here.

Hey Soompiers, which of these relationships is your favorite? Let me know in the comments below!

Soompi Spotlight
It's Okay That's Love
Reply 1997
Strong Woman Do Bong Soon
Just Between Lovers
My ID Is Gangnam Beauty
Her Private Life
Melo Is My Nature
When the Camellia Blooms
Run On
How does this article make you feel?