The latest ranking of buzzworthy dramas has been announced!

On July 6, Good Data Corporation revealed its ranking of the dramas that generated the most buzz from June 28 through July 4. The company determines each week’s rankings by collecting data from news articles, blog posts, online communities, videos, and social media about dramas that are either currently airing or set to air soon.

SBS’s “The Penthouse 3” remained strong at No. 2 with its percentage closely following behind “Hospital Playlist 2.” The drama’s actors dominated the cast ranking with Eugene, Kim So Yeon, and Lee Ji Ah taking the top three spots.

tvN’s “Doom at Your Service” maintained its position at No. 3 for its final week on air. For the cast ranking, Seo In Guk and Park Bo Young placed No. 7 and No. 8, respectively.

The top 10 dramas that generated the most buzz from June 28 through July 4 are as follows: 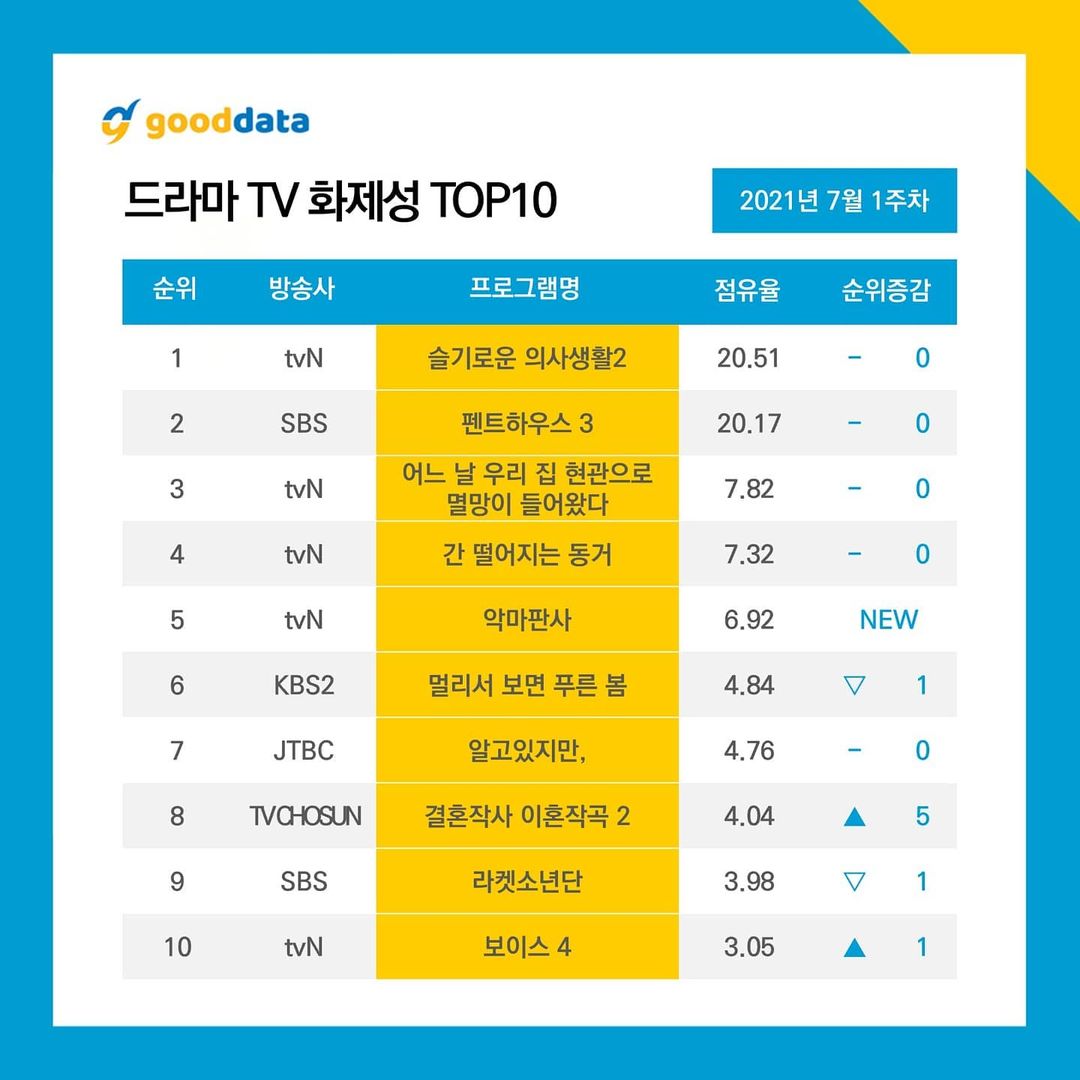 The top 10 drama actors who generated the most buzz this past week are as follows: 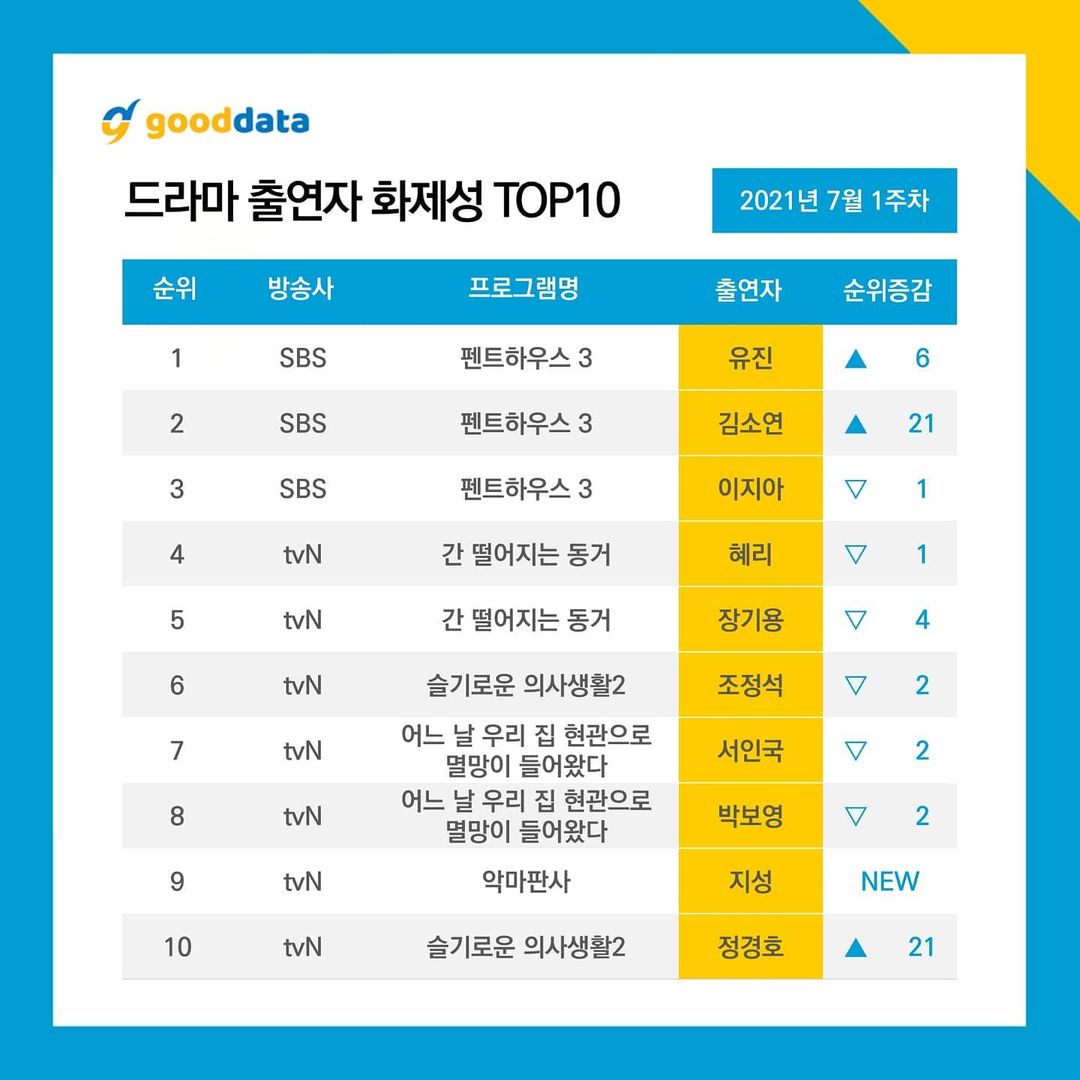 Watch “The Penthouse 3” with English subtitles: