“Police University” has shared a new look at Krystal’s and Jinyoung’s characters!

Jinyoung plays Kang Sun Ho, a genius high school student and a former hacker who eventually becomes a first year student at the police university. He is a character without ambition or emotions and doesn’t stand out anywhere. On the other hand, Krystal takes the role of Oh Kang Hee, a judo student with a strong will and righteous heart who works tirelessly to achieve her dream of becoming a police officer. She’s a competitive character who harbors a pain unknown to others but achieves the feat of attending police university through her strong sense of purpose.

On July 7, the drama released photos of Kang Sun Ho and Oh Kang Hee as high school students. Kang Sun Ho is smiling shyly and clenching his fists as if he’s cheering for someone. Oh Kang Hee shows her charismatic side with her sharp eyes, and she confidently approaches Kang Sun Ho and bends down to talk to him. Fans will be able to find out more about the relationship between these two people with opposite personalities and the direction of their youthful romance. 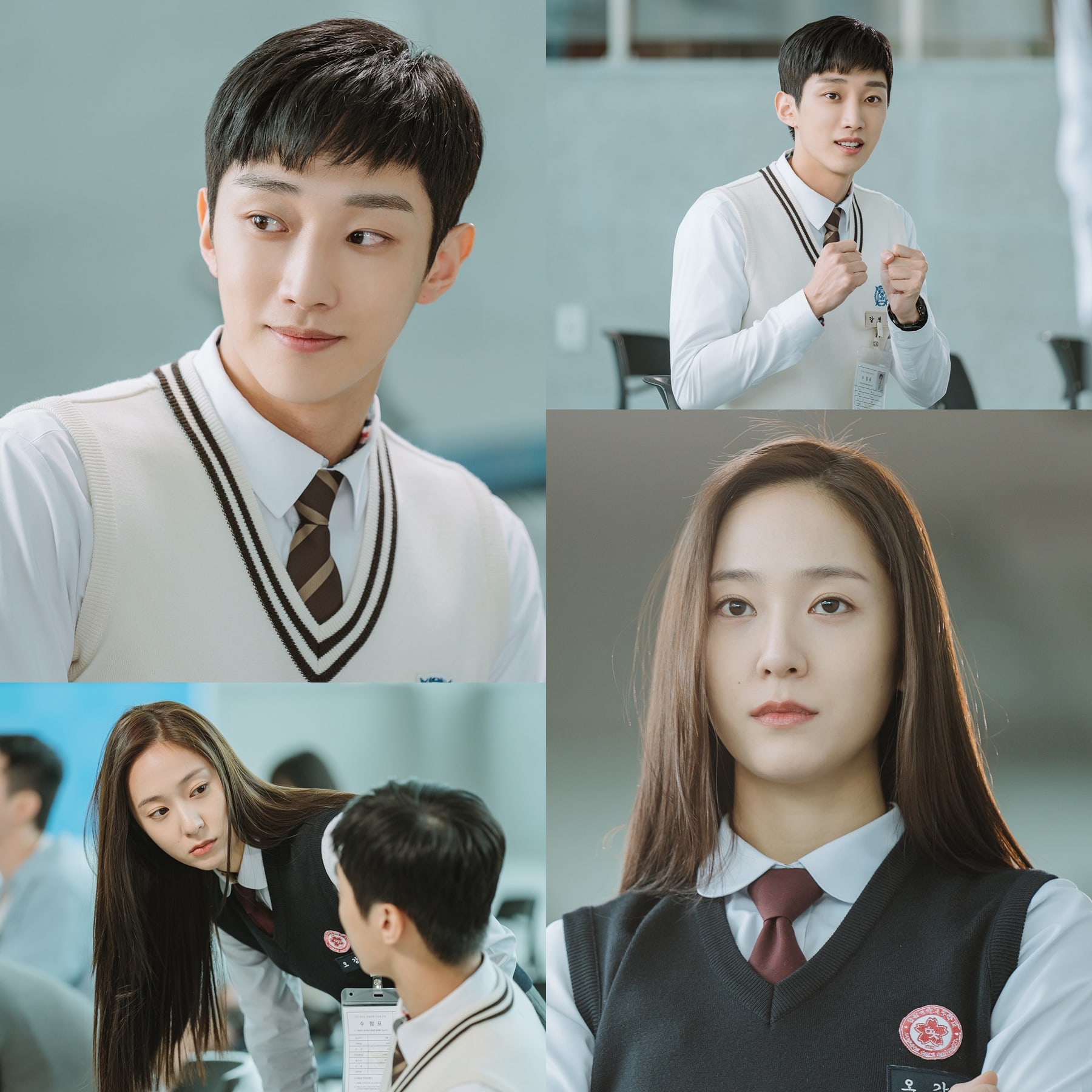 The drama’s producers shared, “‘Police University’ depicts the story of young people, who are running toward their dreams, growing while crying and laughing together. In particular, it will be interesting to see what kind of campus story Kang Sun Ho and Oh Kang Hee, who met for the first time in the past when they were younger, will be part of as they become intertwined again at the police university.”

“Police University” will premiere on August 9 at 9:30 p.m. KST, following the conclusion of “At a Distance Spring is Green.”

Krystal
Jung Jinyoung
Police University
How does this article make you feel?