The bond between “Vincenzo” stars Song Joong Ki and Jeon Yeo Been is still going strong!

On July 7, Jeon Yeo Been took to Instagram to reveal that Song Joong Ki had sent a coffee and bingsoo (Korean shaved ice dessert) truck to the set of her upcoming drama “Glitch.”

Posting a photo of the truck he had sent, Jeon Yeo Been expressed her gratitude to Song Joong Ki and playfully referred to him by the name of his character from “Vincenzo.” With a few heart emojis for emphasis, she wrote, “The entire ‘Glitch’ team was happy because oh! our Vincenzo Cassano, Joong Ki sent a coffee truck… bingsoo truck!!! Thank you so, so much.”

Jeon Yeo Been also happily shared photos of her coffee from the truck, which came adorned with a sticker bearing her photo, and her tasty-looking bingsoo. She added in the caption, “My first bingsoo of this summer.”

In the photos posted by the actress, the truck sent by Song Joong Ki is decorated with a banner reading, “Cheering on ‘Glitch’ actress Jeon Yeo Been! From Song Joong Ki.” 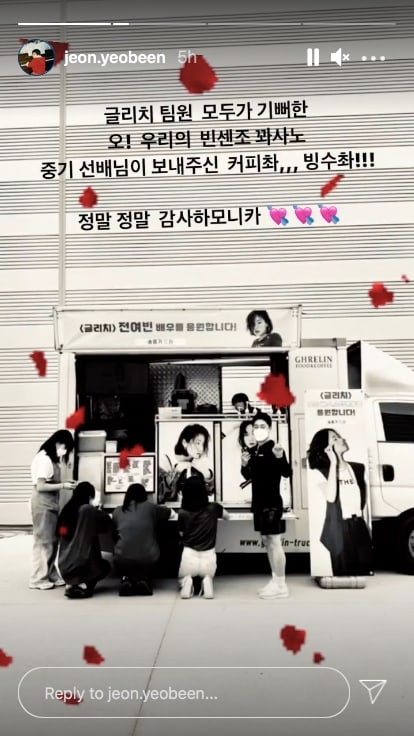 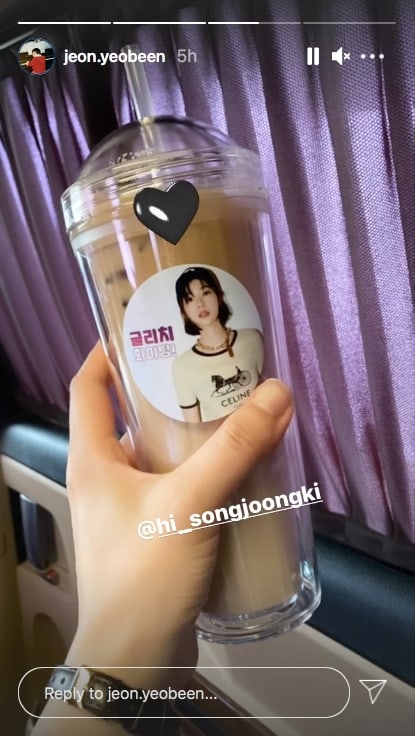 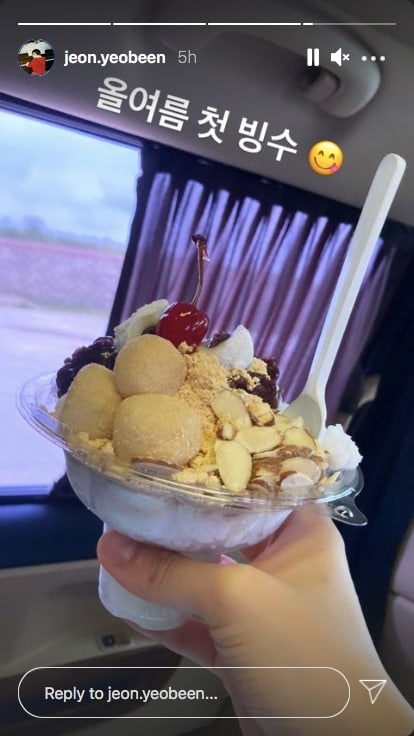 “Glitch” is an upcoming Netflix series about a woman searching for her missing boyfriend, who disappeared one night in a flash of unknown lights. With the help of a community of UFO watchers, she uncovers the truth behind a mysterious secret.

Watch Jeon Yeo Been in her drama “Melo Is My Nature” with subtitles below!

Song Joong Ki
XPN
Jeon Yeo Been
Vincenzo
How does this article make you feel?