In the previous episode, Kwon Ryoc happened to witness Hyun Oh arguing with his ex-girlfriend and grew annoyed by Hyun Oh’s contemptuous attitude. However, the conflict between the two idols quickly escalated into rumors of a love triangle, raising tension in the drama.

The new stills show Kwon Ryoc and Hyun Oh fiercely confronting each other. Hyun Oh came to Kwon Ryoc’s agency with a bat, and Kwon Ryoc deals with the situation without a weapon of his own. Hyun Oh spent his trainee days with SHAX in the past, so it raises questions about what will happen between the two idols. In particular, it seems like Hyun Oh is becoming more and more of a troublemaker, and the next episode will reveal why he is so angry at Kwon Ryoc. 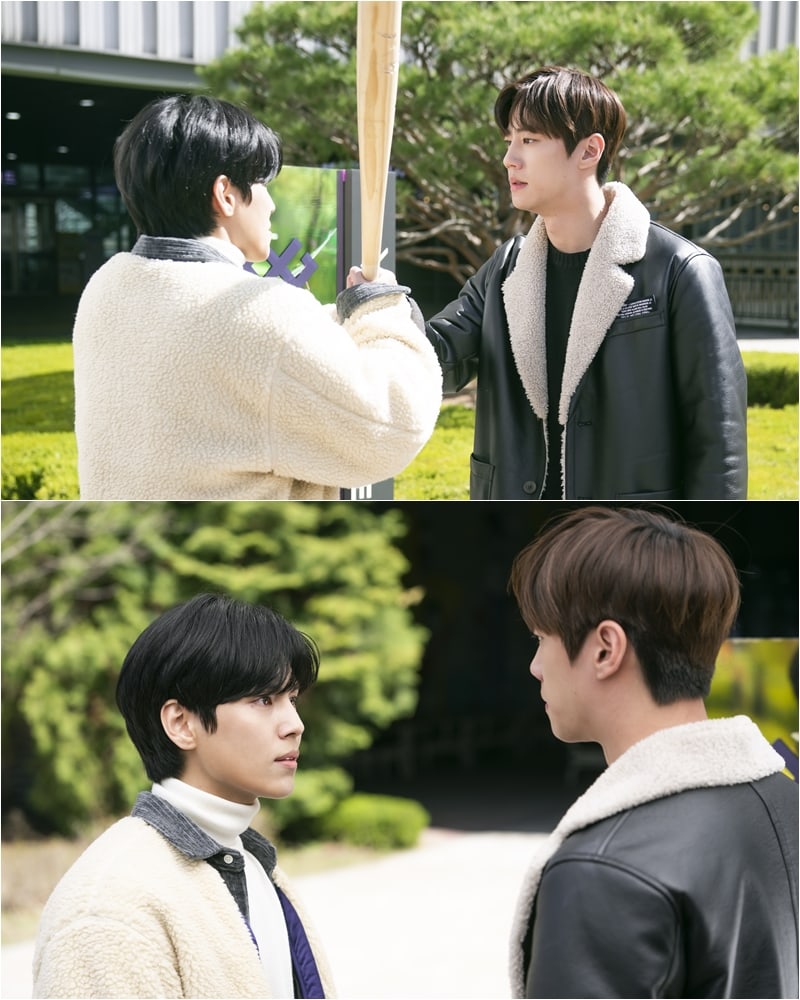 The drama’s producers commented, “The ill relationship between Kwon Ryoc and Hyun Oh, which has started since they were trainees, will be revealed. Please tune into the drama to see the results of the confrontation between the two idols.”

Suwoong
Lee Jun Young
Imitation
How does this article make you feel?