SBS released stills of Uhm Ki Joon and Kim So Yeon at a press conference in the upcoming episode of “The Penthouse 3.”

At the end of episode 5, there was a shocking twist as Cheon Seo Jin (Kim So Yeon) was revealed as the true murderer behind Oh Yoon Hee (Eugene)’s death. Oh Yoon Hee, who was protecting Ha Eun Byul (Choi Ye Bin), was being forced to the edge of a cliff by Joo Dan Tae (Uhm Ki Joon). Driving Shim Soo Ryeon (Lee Ji Ah)’s car, Cheon Seo Jin appeared at the cliff and saved Ha Eun Byul, but at the last minute, her gaze changed and she shoved Eugene over the cliff. After taking Oh Yoon Hee’s shares in the Cheongah Art Center, Cheon Seo Jin sang her heart and soul out at the rehearsal for the art center’s commemoration concert, as if to celebrate her return as a cold-hearted villainess.

In the new stills, Cheon Seo Jin and Joo Dan Tae fake it for the cameras at a press conference for the inaugural concert of Cheon Seo Jin’s promotion as the head of Cheongah Art Center. The two exchange a seemingly warm embrace and smile shamelessly in front of the many reporters gathered there, confident that they can get away with anything. 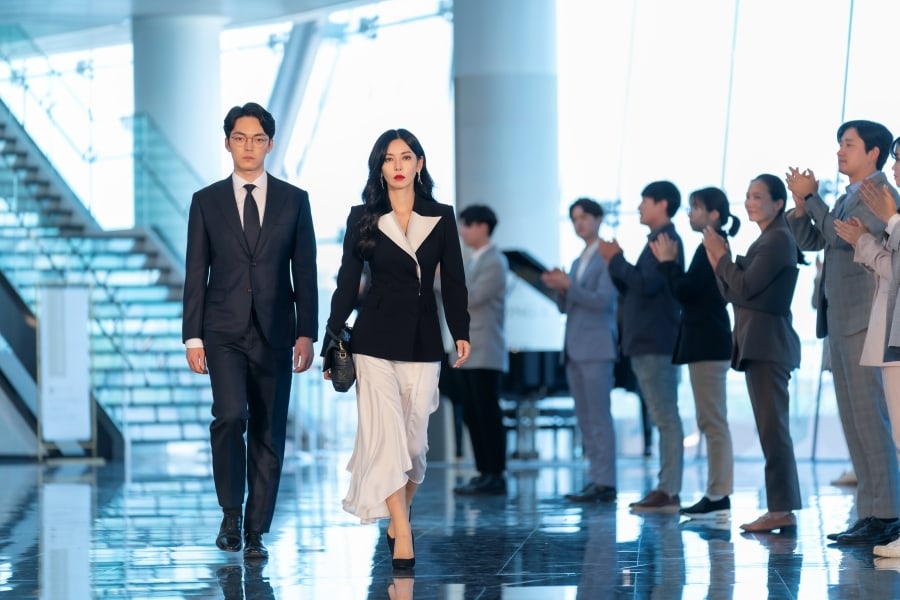 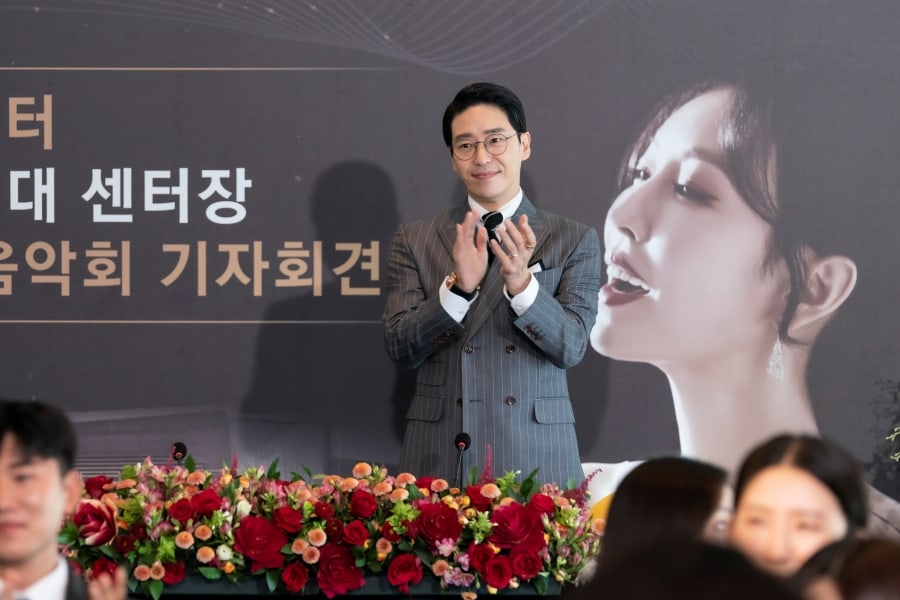 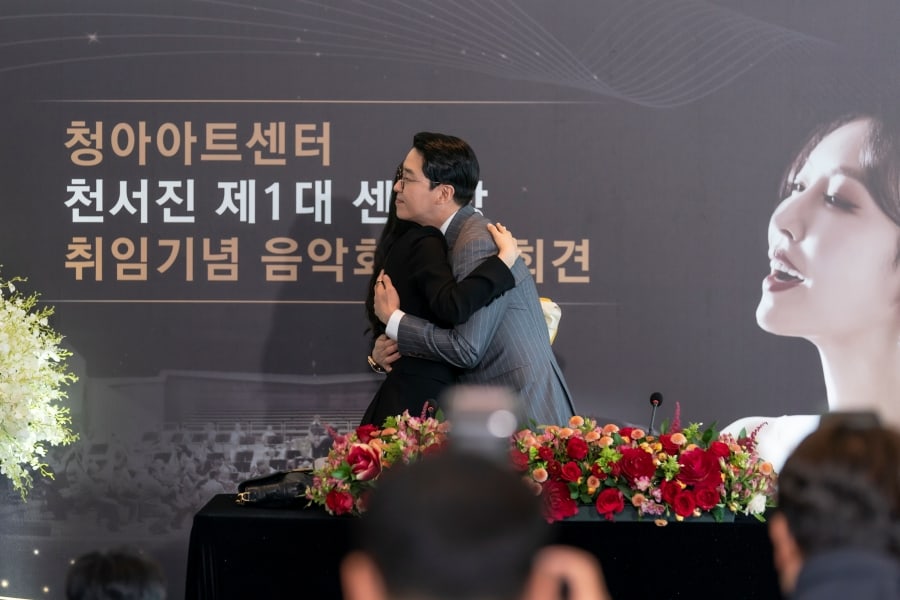 The production staff stated, “Please tune in to see whether Cheon Seo Jin and Joo Dan Tae, who have each gained a weapon from Oh Yoon Hee’s death, can satiate their greed for power and success.”