On July 10, CL announced that she would be partnering with KONNECT Entertainment for the promotions of her upcoming album “ALPHA,” as well as her activities within Korea.

Kang Daniel originally established KONNECT Entertainment as a one-man agency in 2019, when he was preparing to make his solo debut.

On the morning of July 10, KONNECT Entertainment officially stated, “We will be responsible for the management of CL’s domestic activities. We will passionately support CL so that she is able to be fully active as a top-tier musician.”

“ALPHA” will soon be released, and in order to actively promote the album in Korea as well, Very Cherry be partnering with KONNECT Entertainment, who will be handling my promotions for “ALPHA” as well as my domestic management. I’m writing this post to personally introduce my new partner!

While preparing “ALPHA,” I worried about how I could reach more people and communicate more closely with my domestic fans, whom I’m greeting for the first time in a long while. In the end, I think I’ll be able to meet my fans together with a team that will support me and Very Cherry exactly the way we are, so I’m really looking forward to it!

Very Cherry and I plan to continue joining forces with a wide variety [of companies], without boundaries, in the future as well, so please look forward to it.

I’ll be greeting you next time with news about “ALPHA”! 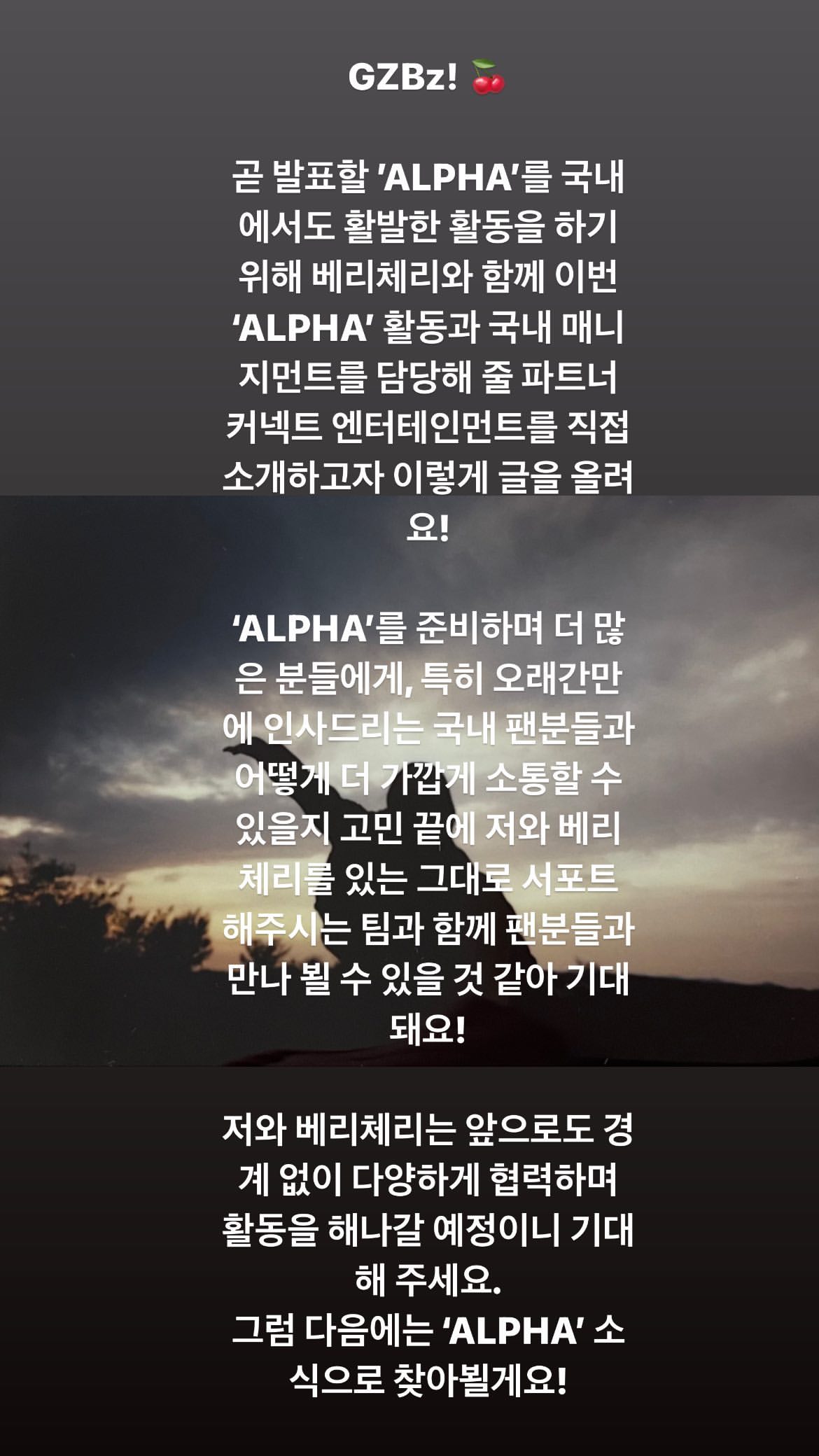 Are you excited for CL to return to promoting in Korea?

CL
Kang Daniel
KONNECT Entertainment
How does this article make you feel?