tvN’s “The Devil Judge” shared new stills ahead of the third episode!

“The Devil Judge” is a new drama set in an alternate-universe, dystopian version of Korea where the entire nation participates in a trial through a live broadcast courtroom show. Ji Sung stars as Kang Yo Han, a head judge with mysterious intentions: is he a hero of the people in a world filled with chaos, or is he a devil who wears the mask of the law?

Previously, Yoon Soo Hyun (Park Gyu Young) seemed hopeful that Kang Yo Han could be a new savior who would completely reform the nation’s judicial system that was in chaos. However, Kim Ga On (GOT7’s Jinyoung) grew doubtful of Kang Yo Han, and after witnessing something questionable herself, she became suspicious as well and decided to investigate about him. Furthermore, after hearing his elementary school classmate describe him as “a devil,” she’s been keeping an eye on all of his activities.

In the newly released stills, Kang Yo Han is in a mysterious place while wearing a black hood that shrouds his identity. During the day, he wears his judicial robes and stands on the court to fight for justice, but at night, he turns into someone completely different as he prowls about the city in casual attire. In the photos, he is trying to not expose his identity, and his expression grows pensive as he attempts to come up with a new plan. 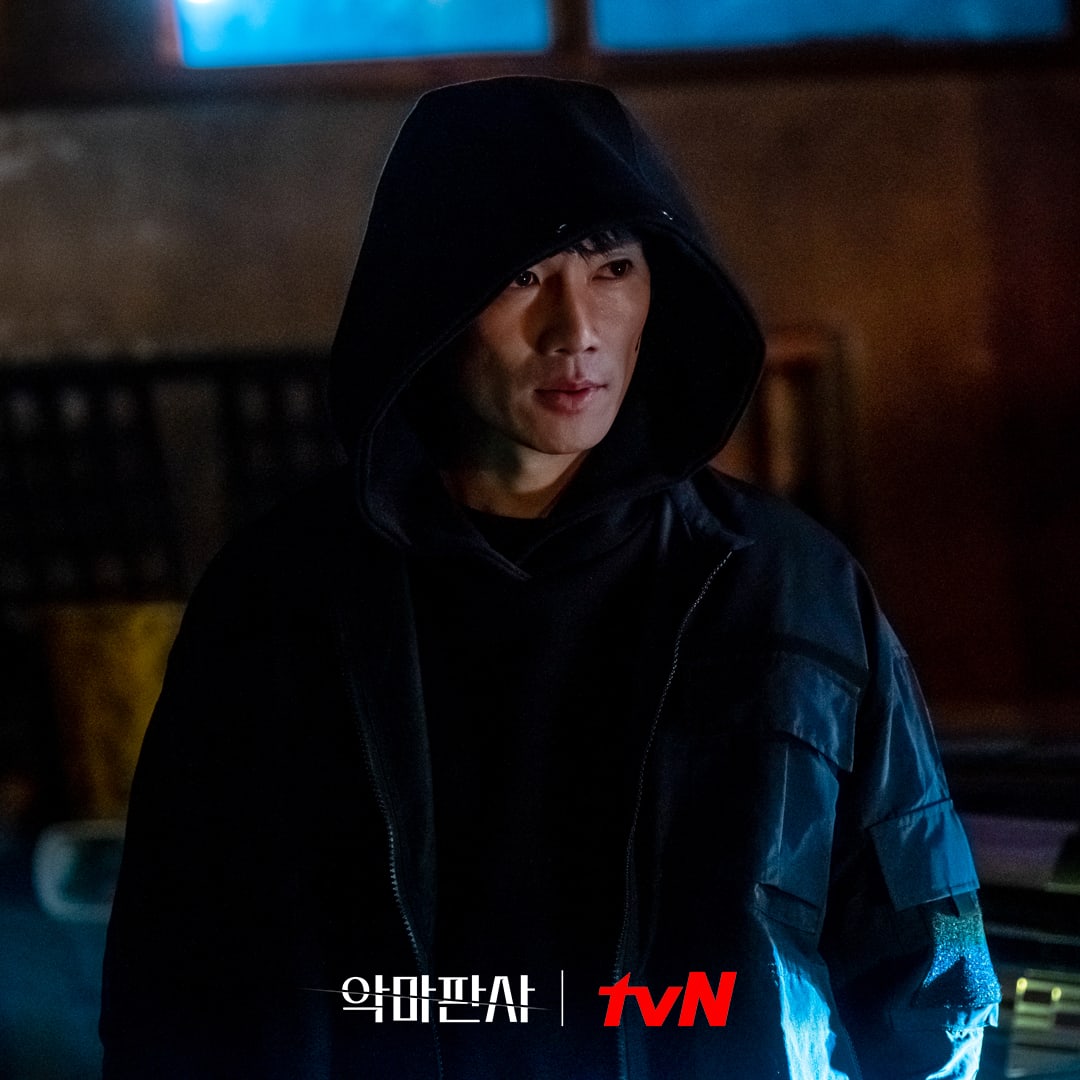 Tension maximizes in the next photo where Yoon Soo Hyun is aiming a gun at someone. The fact that she pulled out her gun means she’s in a dangerous situation. Who is the opponent she is facing? 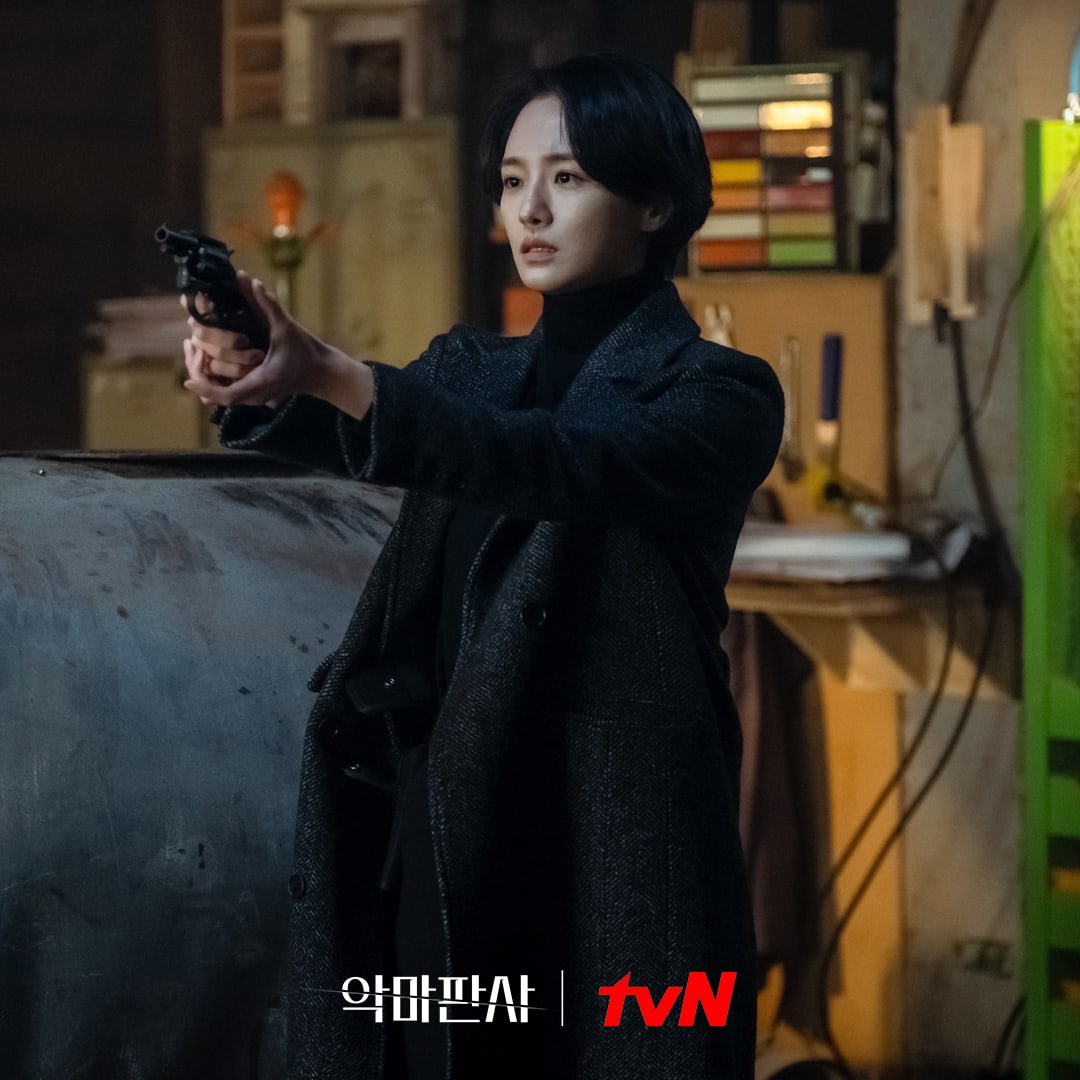 In addition, the drama shared a glimpse of Kang Yo Han’s hidden helper K (Lee Ki Taek) at the scene. These photos hint that Yoon Soo Hyun might have been chasing after Kang Yo Han. 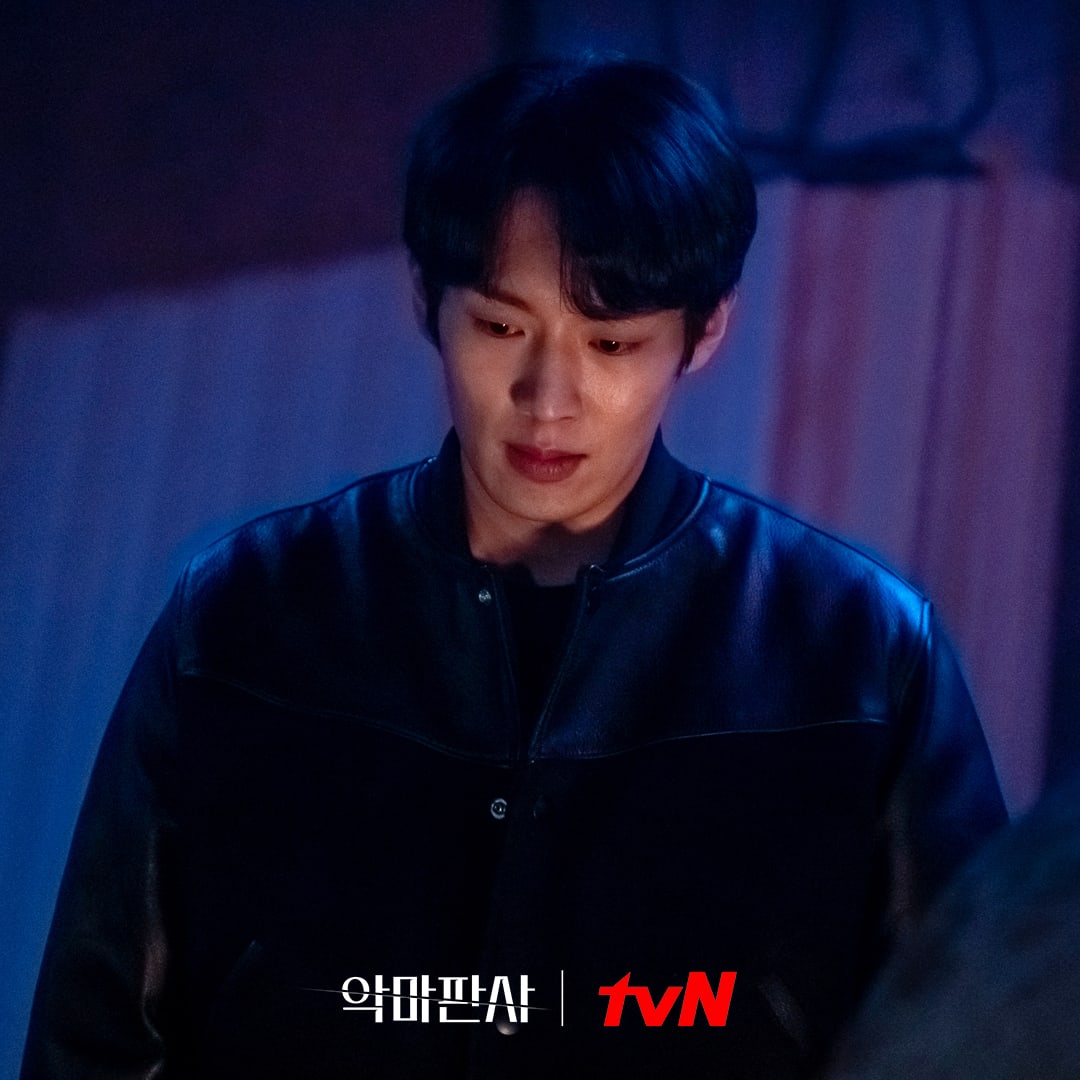 To watch what happens to these three characters, tune in to the third episode of “The Devil Judge” that airs on July 10 at 9 p.m. KST.

Ji Sung
Park Gyu Young
The Devil Judge
How does this article make you feel?