It’s hard to believe that we’re past the halfway mark of 2021. Many C-dramas were released during these past six months! Not sure which ones to add to your watch list? Fret not because here’s a list of the best C-Dramas that 2021 has offered us thus far.

Since there are simply too many good ones, we’ve covered only wuxia and historical dramas in this feature. Check out part one, which focuses on modern dramas!

Disclaimer: This list includes C-dramas that premiered and ended between January 1st and June 30th, in no particular order. 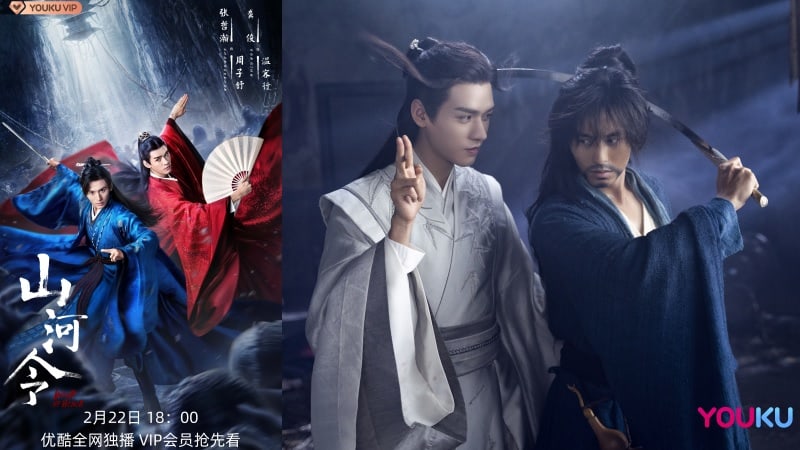 “Word of Honor” may be the only wuxia on this list, but it is an exceptionally good one. Zhou Zi Shu (Zhang Zhe Han), a true man of honor, is the leader of an elite unit serving the royal family. After losing all his comrades, however, he pays the price for leaving the sect and starts to freely roam the world. He meets the mysterious Wen Ke Xing (Gong Jun) and a beautiful bromance ensues. Together, they share a series of adventures that lead them closer to a legendary treasure that is said to give its owner ultimate power over the world.

It’s a beautiful story of true companionship and of finding joy in the small things. With endearingly human characters who don’t hesitate to show their affection for each other, “Word of Honor” is an ode to love and life that is bound to touch your heart. 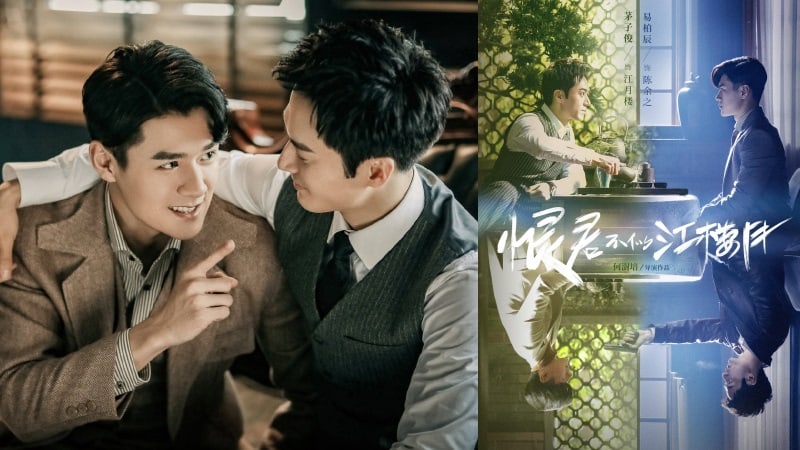 “Killer and Healer” is another bromance-themed drama you don’t want to miss. Set in the Republican era, hot-blooded police officer Jiang Yue Lou (Mao Zi Jun) first meets Chen Yu Zhi (Ian Yi) when arresting opium dealers. As it turns out, Chen Yu Zhi is actually a compassionate doctor who just happened to pass by there and help some wounded people. Jiang Yue Lou travels to Hong Kong on a mission and once again runs into the doctor, who has come to Hong Kong to look for his lost sister. When Chen Yu Zhi learns that Jiang Yue Lou suffers from bipolar disorder, he decides to treat him, and the two gradually grow closer.

Watch the drama for the layered main characters and their fantastic chemistry. The quirky supporting characters are also a great bonus and serve as a comic relief. 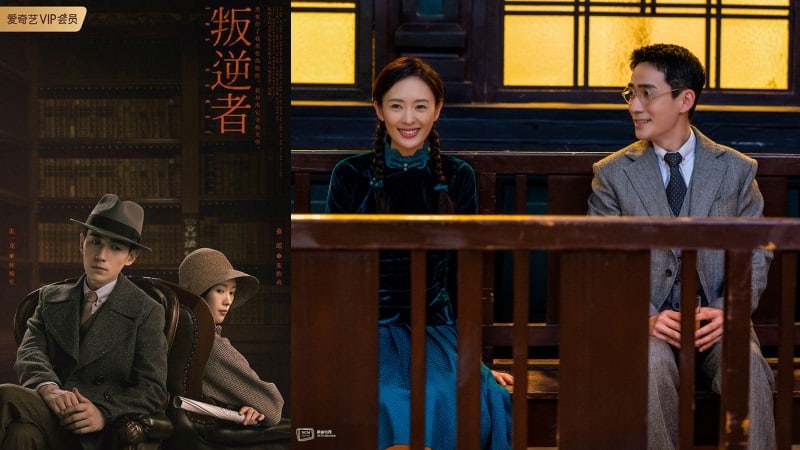 Also set in the Republican era, spy thriller “The Rebel” tells the story of Lin Nan Sheng (Zhu Yi Long), a passionate military trainee with excellent observation skills. When the head of the Shanghai secret service, Chen Mo Qun (Wang Yang), visits the training camp, he notices Lin Nan Sheng’s talent and recruits him in order to entrust him with a special mission: Important insider information has been leaked and Lin Nan Sheng is tasked with finding the mole. While trying to infiltrate the underground communist party, he meets university student Zhu Yi Zhen (Tong Yao) and ends up falling in love with the enemy.

“The Rebel” is a high-quality production with stellar acting and a well-developed, gripping story that will keep you on the edge of your seat from beginning to end. It also features an outstanding soundtrack! 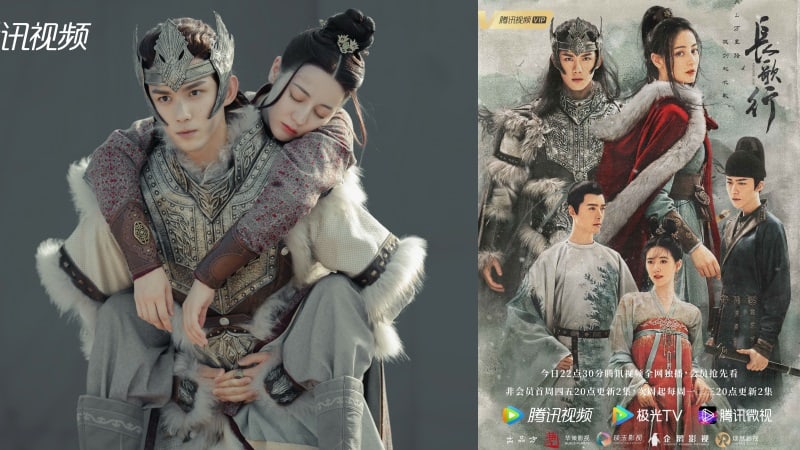 “The Long Ballad” revolves around princess Li Chang Ge, played by Dilraba Dilmurat. It is the year 626 C.E, and a political coup known as the Xuanwu Gate Incident shakes the capital of the Tang dynasty, Chang’an. While Li Chang Ge’s family is killed, she manages to escape. Set on seeking revenge, Li Chang Ge disguises herself as a man and raises an army in order to overthrow the new emperor, but her plans are destroyed when she is defeated by the Ashile tribe. General Ashile Sun (Leo Wu) makes Li Chang Ge his military strategist, and over time she finds herself falling for her captor.

It’s an epic tale of self-discovery enhanced by beautiful cinematography and an amazing OST. The characters are easy to root for, and the cute second couple is a big bonus. 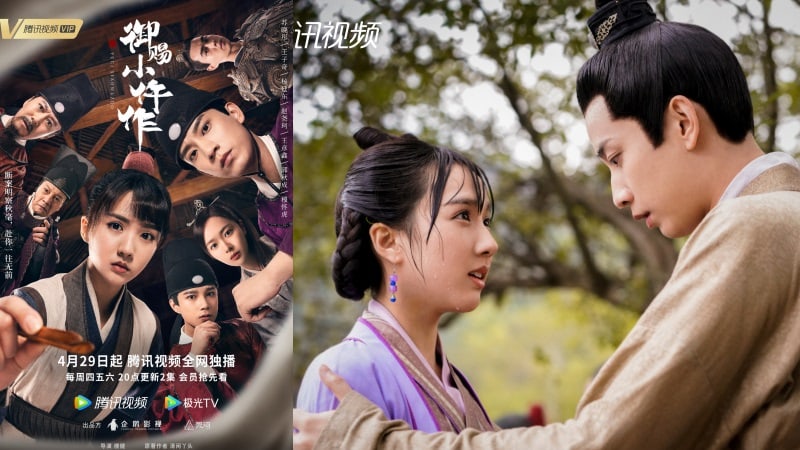 Also set in the Tang dynasty, crime-solving drama “The Imperial Coroner” follows Chu Chu (Su Xiao Tong) on her quest of becoming an imperial coroner. The young woman who comes from a family of imperial coroners travels to the capital Chang’an in order to take the qualifying exam. There she meets Xiao Jin Yu (Wang Zi Qi), a prince and budding sleuth. The two eventually join forces to solve cases, and also develop romantic feelings in the process.

The drama stands out for its tightly written and intelligent plot, as well as for the set of well-developed and endearing characters. They have great teamwork and are simply a delight to watch! 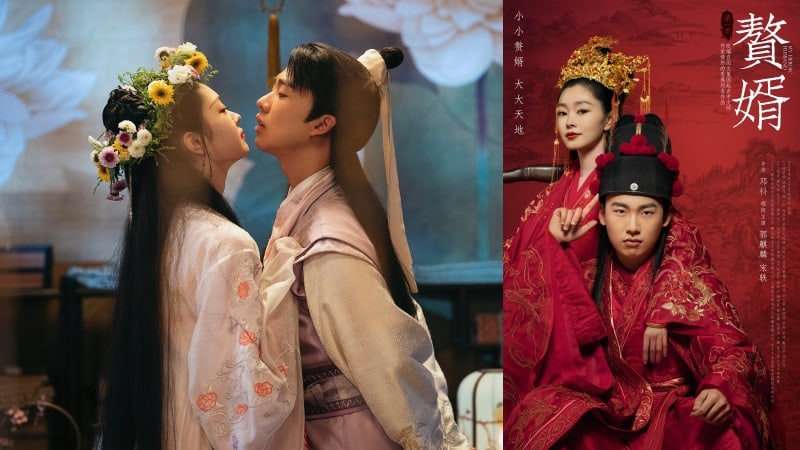 If you’re looking for something lighthearted, then time-traveling drama “My Heroic Husband” is your best bet. Entrepreneur Jiang Hao Chen (guest role by Zhang Ruo Yun) travels from the modern day back to the Wu dynasty. He wakes up as Ning Yi (Guo Qi Lin), a young man who is about to be married as a matrilocal husband, which means that he will live with his wife’s family. His fiancée is Su Tan Er (Song Yi), a charming and beautiful young lady from a rich family of cloth merchants. The two tie the knot, and Ning Yi begins to use his business knowledge from the present day in order to help his new family.

“My Heroic Husband” is comedy gold that will constantly make you laugh out loud. The characters are well acted, and the two leads are really sweet together.

“The Sword and the Brocade” 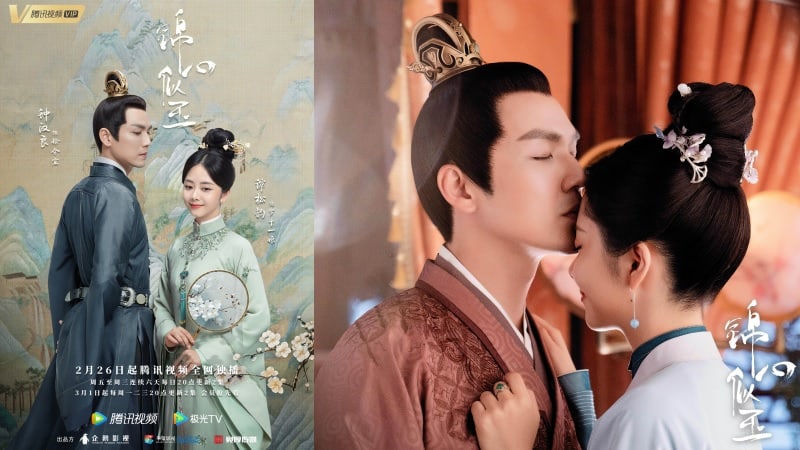 “The Sword and the Brocade” is set during the Ming dynasty and revolves around General Xu Ling Yi (Wallace Chung) and Shi Yi Niang (Tan Song Yun), the daughter of a concubine who dreams of using her embroidery skills to secure freedom. Their love story starts with an arranged marriage that both are unhappy with, but they soon learn to depend on each other and fall in love in the process. Together, they face the challenges that come their way and try their best to protect their family.

This drama perfectly depicts the challenges that women with lower social statuses faced during ancient times. Plus the slow-burn romance between the leads feels very realistic, and the characters show amazing personal growth.

Start watching “The Sword and the Brocade”:

Hey Soompiers! What are your favorite historical and wuxia C-dramas of 2021 so far? Let us know in the comments below!

Currently watching: “Remembrance of Things Past,” “Litter to Glitter,” “Crossroad Bistro,” “You Are My Spring,” “The Devil Judge,” “Nevertheless,” “Hospital Playlist 2”
All-time favorite dramas: “Ode to Joy,” “Back in Time,” “From Survivor to Healer,” “Move to Heaven,” “Children of Nobody,” “My Ahjussi”
Looking forward to: “You Are My Glory,” “Hometown Cha-Cha-Cha”

Soompi Spotlight
Word of Honor
The Imperial Coroner
Killer and Healer
The Rebel
The Long Ballad
My Heroic Husband
The Sword and the Brocade
How does this article make you feel?