“The Great Shaman Ga Doo Shim” is a fantasy romance drama starring Kim Sae Ron as the 18-year-old Ga Doo Shim, who was born with the unwanted fate of becoming a shaman, and Nam Da Reum as the golden boy Na Woo Soo, who gains the unwanted ability to see evil spirits after he meets Ga Doo Shim.

The trailer begins with a mysterious spirit swirling around in the dark, empty school, creating an eerie atmosphere. Ga Doo Shim and Na Woo Soo run into each other at the school, one carrying an axe and one carrying a rope, armed to deal with whatever mysterious incidents are occurring at the school.

Ga Doo Shim says, “My grandmother told me that as long as I safely get over the age of 18, I can live whatever life I want.” She then flings her axe at the spirit, while Na Woo Soo wraps his fist in rope and hurls himself at the threat.

The drama also unveiled a teaser poster of Ga Doo Shim and Na Woo Soo standing in front of Songyoung High School, which has turned out its lights for the night. Lightning and green mist snakes across the sky as the caption reads, “18… Can we get over it safely?” 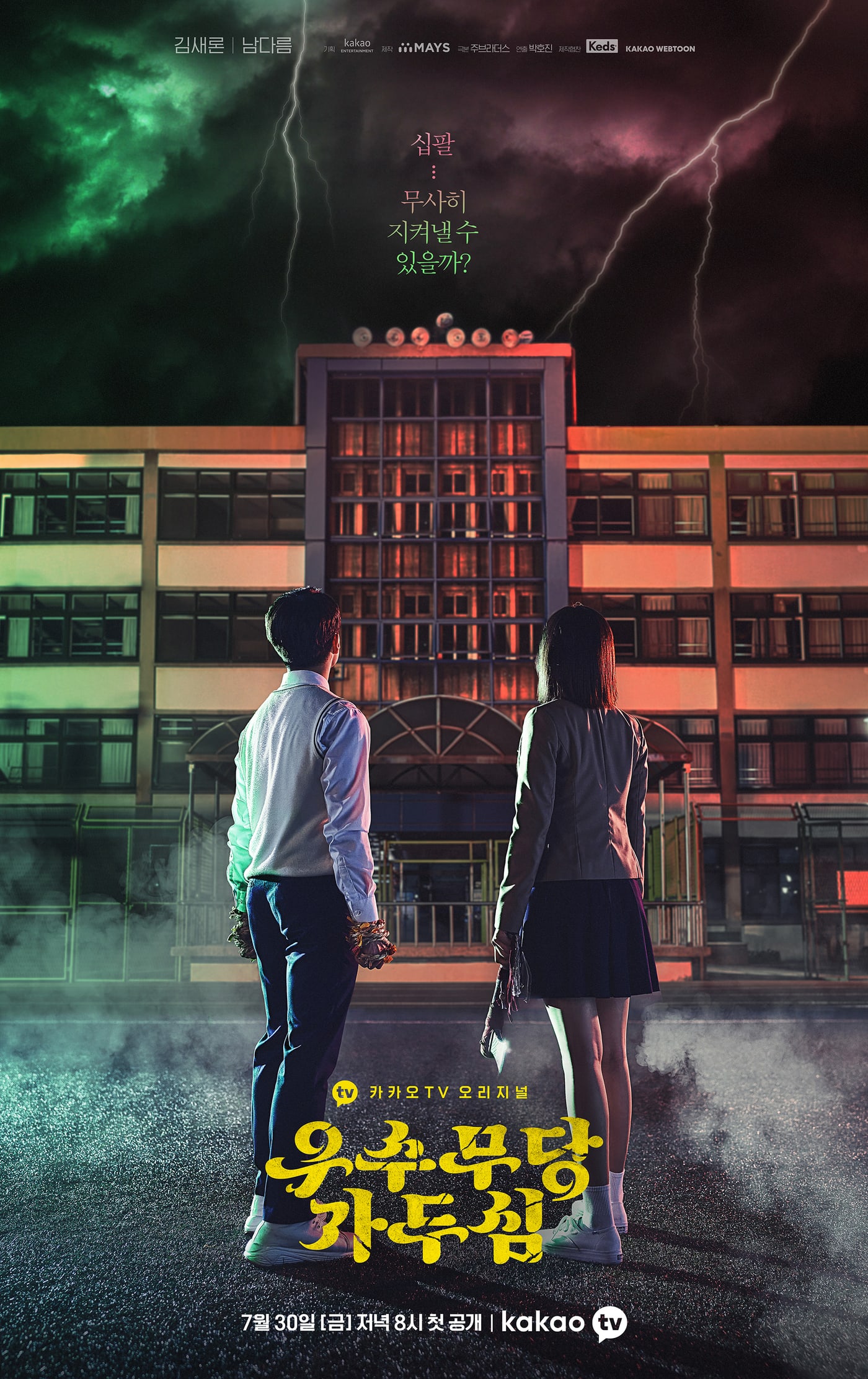 “The Great Shaman Ga Doo Shim” will air in 20-minute episodes for 12 episodes total and premiere on July 30. Check out the teaser below!