Based on real events, “Escape from Mogadishu” is a new movie about the life-and-death escape of South Korean and North Korean embassy workers stranded in the midst of the Somali Civil War. The film will be helmed by Ryu Seung Wan, the director behind the hit films “The Battleship Island,” “Veteran,” “The Berlin File,” and “The Unjust.”

The newly released poster, which uses a map of Somalia as its base, features Jo In Sung, Kim Yun Seok, Heo Joon Ho, and Koo Kyo Hwan desperately plotting their escape from the city of Mogadishu. 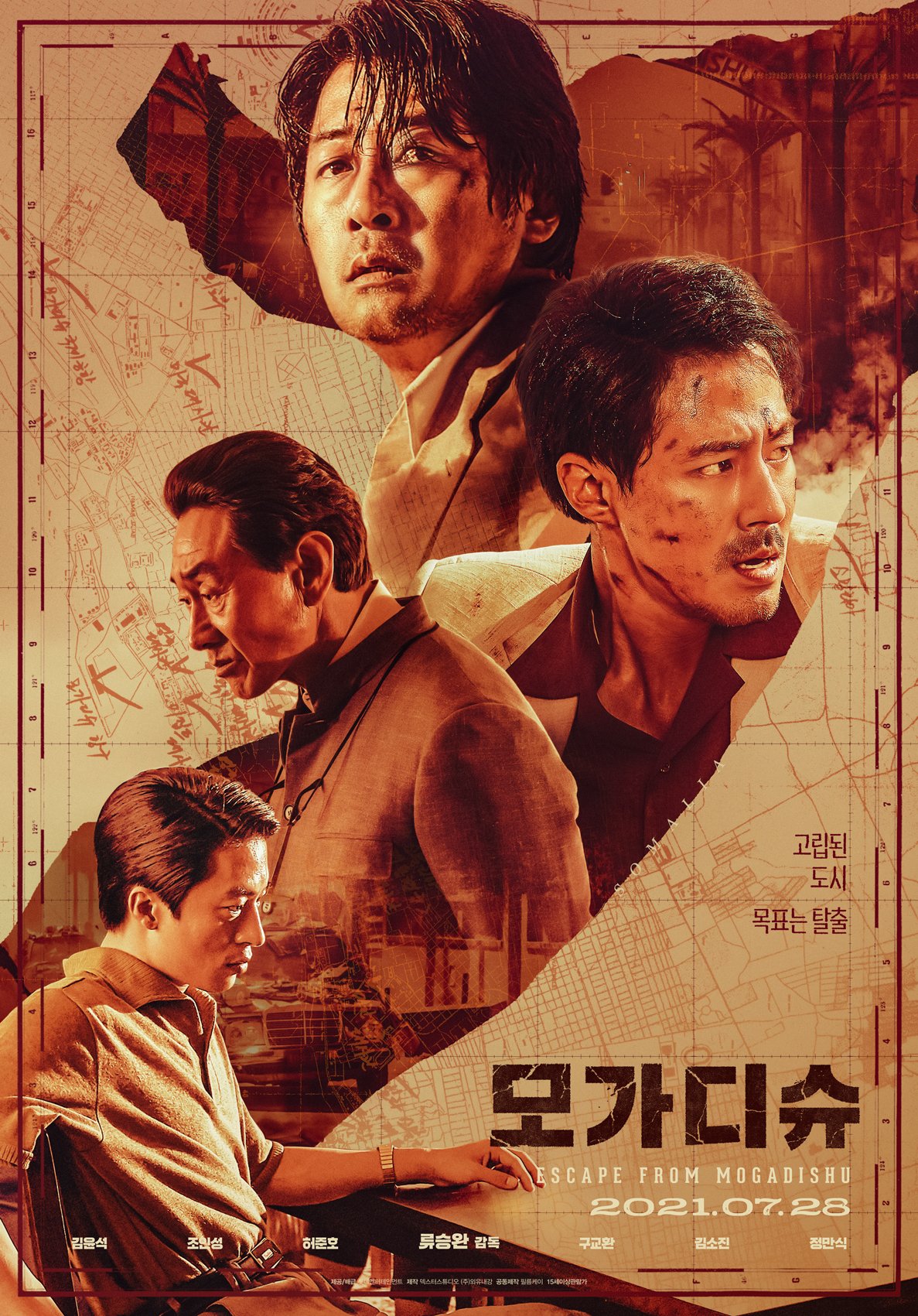 “Escape from Mogadishu” will premiere on July 28.

Are you excited for this new film?

In the meantime, watch Jo In Sung in “The Great Battle” with subtitles here…

…and watch Heo Joon Ho in “Missing: The Other Side” here!