2AM celebrates their 13th anniversary today!

On July 11, Jo Kwon shared a photo of the four 2AM members gathered together. He wrote in the captions, “2AM 13th debut anniversary. The wait is almost over. I promise.”

T-ara’s Hyomin and Jiyeon congratulated the group through comments on the post, with Hyomin writing, “Congrats, congrats,” and Jiyeon leaving four fire emojis. 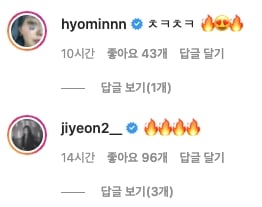 Earlier this year, it was confirmed that 2AM was discussing a potential comeback. If their new release drops this year, it will be their first comeback in approximately seven years since their third studio album “Let’s Talk” in 2014.

Happy 13th anniversary to 2AM!

Check out Im Seulong‘s drama “Let’s Eat Something, Anna” below!