Enemies-To-Lovers, Celebrity Romances, And More: What To Watch After “So I Married The Anti-Fan”

Although it was filmed back in 2018, 2021 finally delivered on the highly-anticipated drama “So I Married the Anti-Fan,” starring Girls’ Generation’s Sooyoung and Choi Tae Joon. While many K-dramas today focus on being extravagant and high-stakes with their plots and characters, this drama had all the tropes and simple charms that opened up many people to K-dramas in the first place. Employing the best of tropes like enemies-to-lovers and devoted boyfriends, this drama charmed many hearts and also broke them when it was time to end.

If you’re having trouble finding what to watch now (aside from re-watching Who Joon (Choi Tae Joon) and Lee Geun Young (Sooyoung) fall in love all over again), here is our list of recommendations.

If you love the enemies-to-lovers trope

“So I Married My Anti-Fan,” “Accidentally in Love,” and “Catch the Ghost” 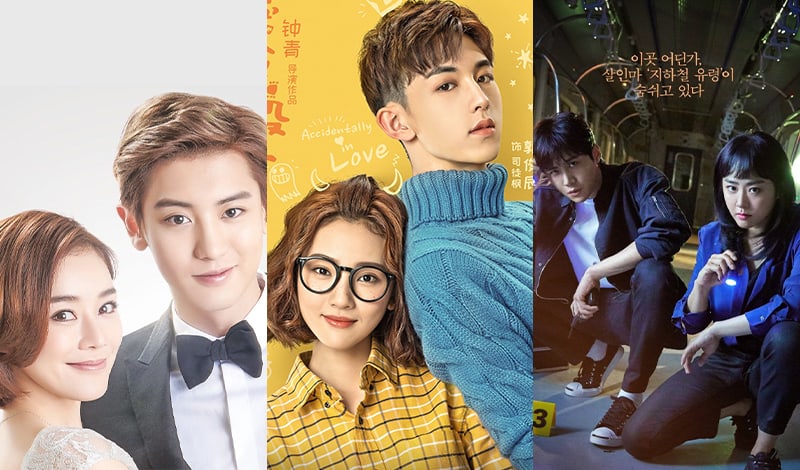 Let’s be honest, one of the most loved tropes in the romantic comedy genre is the enemies-to-lovers trope. There’s something sexy, electrifying, and addicting to watch two people who see the worst sides of each other choose to learn, accept, and love the other person’s faults and all. “So I Married the Anti-Fan” executed this trope pretty flawlessly, so if you’re really looking for something to fill the post-drama void, you can’t go wrong with its movie counterpart.

“So I Married My Anti-Fan” stars EXO’s Chanyeol and Mabel Yuan. The story follows the same plot, with Chanyeol playing top star Hoo Joon and Mabel Yuan playing Myo Myo, a reporter turned anti-fan. In the film, Myo Myo has a little bit more guts than Geun Young, and there is definitely more of a dramatic flair in the comedy, so it’s a fun watch and will heal your post-drama sadness for a while.

Catch the movie below:

Another great part of the enemies-to-lovers trope is the transition of the two characters becoming friends and slowly falling for the other. Sometimes it’s done so well that you can’t even pinpoint the exact moment they became friends – it just seems as if they were all along. If you’re especially in love with this part of the trope, you should check out the C-drama “Accidentally In Love.” The story follows Qing Qing (Sun Yi Ning), a rich heiress who runs away from her arranged marriage. When she makes her daring escape and is consequently on the run from her grandfather’s henchman, she runs into Si Tu Feng (Fiction Guo), a famous pop star who is also trying to hide from his label. To say this pair gets off on the wrong foot…is an understatement. Their bickering is addicting to watch and their journey to romance is even more so.

Of course, there’s also the charming rom-com procedural “Catch the Ghost” that employs enemies-to-lovers with the ever-stunning heartthrob Kim Seon Ho and critically acclaimed actress Moon Geun Young. This story follows the hilariously riveting and subtly romantic path of Ko Ji Seok (Kim Seon Ho) and Yoo Ryung (Moon Geun Young), who become partners for the Subway Police. Yoo Ryung joins the squad with a hidden ulterior motive and has a vastly different approach to apprehending bad guys than the ever-calm and rule-following Ji Seok. The pair has easy chemistry, and although they butt heads, they build a strong friendship that quickly lays the foundation for their romance. You’ll laugh, cry, and swoon while watching this one! 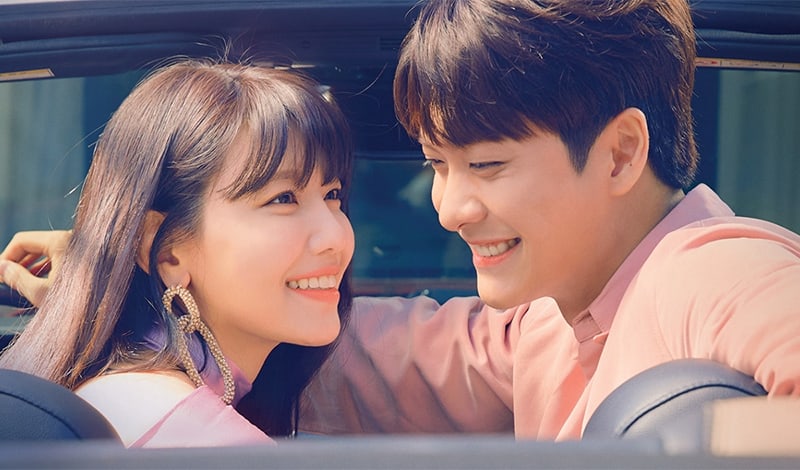 Aside from being a talented singer and dancer, Sooyoung has been charming fans in dramas way before “So I Married the Anti-Fan.” From “My Blooming Life” to “Man Who Sets the Table” to “Tell Me What You Saw,” she has played a variety of roles that always leave a great impression. But a role that is sure to charm you is Seo Dan Ah in “Run On.”

Seo Dan Ah is a rich and cutthroat CEO who is vying to be recognized by her father, who favors her brothers over her. Her ultimate goal is to take over her father’s company, and amongst all her hard work she has not made many friends or rounded up love stories in all her years. Enter art student Lee Young Hwa (Kang Tae Oh). His easy-going, charming, and full-of-smiles personality brings Dan Ah to life. Even more than Geun Young, Dan Ah isn’t afraid to speak her mind, and her chemistry with Young Hwa is even more sizzling than Geun Young and Who Joon. 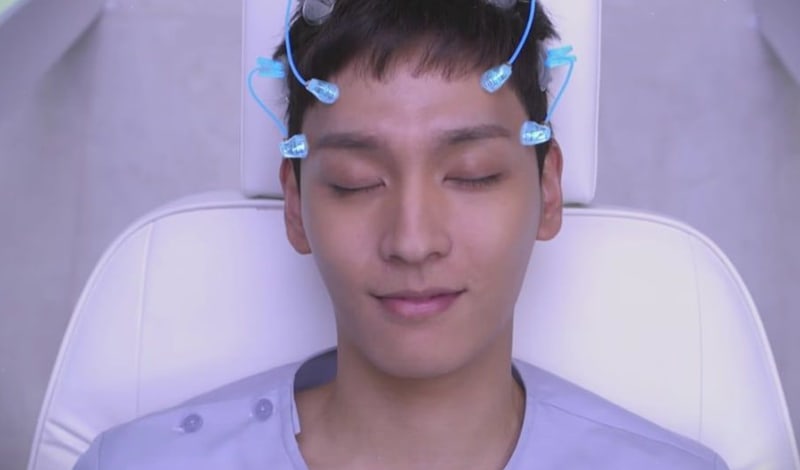 It’s no secret that Choi Tae Joon has charmed many hearts — and broken them with second lead syndrome — in “Suspicious Partner” and “The Undateables.” However, if you’re really missing him, you can’t go wrong with taking the time to watch his web drama and first leading role “EXIT.” Although it’s only four episodes, this one packs a dramatic punch. This short drama tells the story of Do Kang Soo (Choi Tae Joon), a man who had a tough childhood and now works for a loan shark to pay off his father’s debt. He soon finds a flyer for a medical trial that asks, “Do you want to be happy?” This drama is a rollercoaster and really showcases Choi Tae Joon’s acting skills, so it can’t be missed.

If you want more devoted boyfriends

“Strong Woman Do Bong Soon” and “Her Private Life” 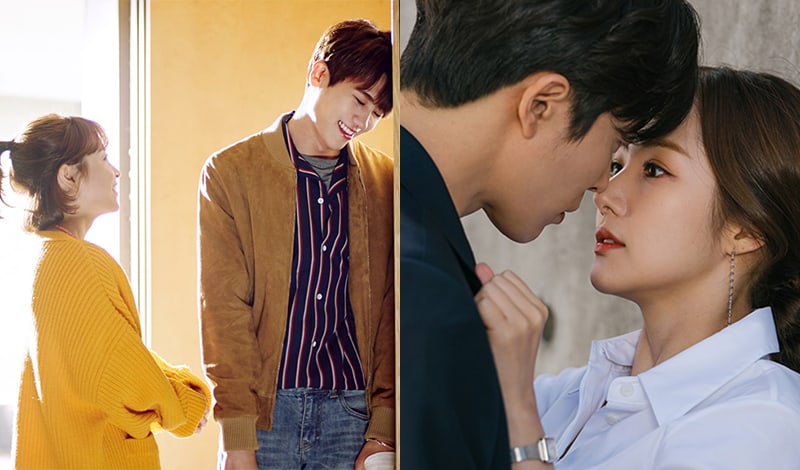 If there’s one thing that draws in K-drama viewers like no other, it’s the heart-eyed and supportive male leads. Although it took a hot minute for Who Joon to become one, once he confessed to Geun Young, he never wavered in his love for her. While the list of these standout male leads and romances could go on for ages, two characters always worth mentioning are Ahn Min Hyuk (Park Hyung Sik) in “Strong Woman Do Bong Soon” and Ryan Gold (Kim Jae Wook) in “Her Private Life.”

Ahn Min Hyuk was taken from the very first episode with Do Bong Soon (Park Bo Young), and what’s even more romantic is that he waited patiently for her to love him while he stood by her side and helped her learn how to harness her super strength for good. “Strong Woman Do Bong Soon” is a drama that’s always worth rewatching, as Park Hyung Sik and Park Bo Young’s chemistry is absolutely electric.

On the other end, and more in line with Who Joon, Ryan Gold dazzled fans with his love for Sung Duk Mi (Park Min Young). The pair begin as enemies, as Ryan gets the director job that Duk Mi wanted at the art gallery where she works. If you like a male lead who takes responsibility for his mistakes and has heart-eyes for the girl even when she’s not looking, then you can’t go wrong with “Her Private Life.”

If you enjoy celebrity romances

“The Liar and His Lover,” “The Universe’s Star,” and “20th Century Boy and Girl” 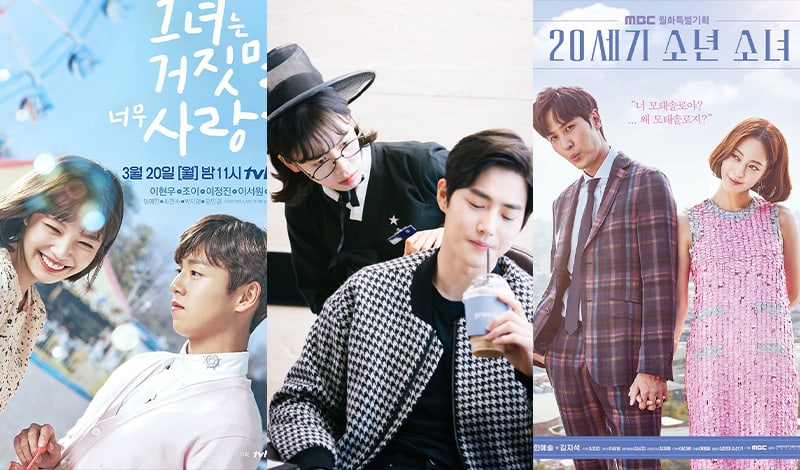 Another fun aspect of “So I Married the Anti-Fan” is the trope that a celebrity falls madly in love with one of their fans — or in this case, an anti-fan. There are plenty of dramas that tackle this trope in a variety of ways. Three that are sure to warm your heart are “The Liar and His Lover,” “The Universe’s Star,” and “20th Century Boy and Girl.”

“The Liar and His Lover” is a sweet “love at first sight” story of Yoon So Rim (Red Velvet’s Joy) and Kang Han Kyul (Lee Hyun Woo). Han Kyul is a composer of the super famous band Crude Play, although his identity is unknown to the public. Encountering him by chance, Yoon So Rim falls in love with him at first sight when he records a melody on her phone. In order to keep his identity a secret, he approaches her but lies about his identity. Packed with romance, friendship, and an iconic OST, this drama will melt your heart.

Then there’s also “The Universe’s Star.” Taking a bit of a supernatural twist, this drama follows the story of a grim reaper’s helper, Byul Yi (Ji Woo), who is desperate to save the life of her favorite singer Woo Joo (EXO’s Suho). This web drama is short, but its bittersweet and romantic story will sear its way into your heart. Plus, it doesn’t hurt to hear Suho’s melodic voice throughout the episodes.

Finally, taking a step away from famous singers, “20th Century Boy and Girl” follows the 30-year spanning love story of a famous actress, Sa Jin Jin (Han Ye Seul), and her childhood best friend, Gong Ji Won (Kim Ji Suk). For extra drama, Ji Won’s stepbrother and idol-turned-actor, Anthony (Lee Sang Woo), creates the third point of a love triangle when he joins Jin Jin on “We Got Married.” Did I mention that Anthony was also Sa Jin Jin’s ultimate bias when she was younger? This drama is packed with glitz, glamor, mutual-pining, and friendship that will certainly make you forget you were missing “So I Married the Anti-Fan” in the first place.

Hey Soompiers! Are you missing “So I Married the Anti Fan”? What are you watching to help you get over missing this awesome drama? Let us know in the comments below!

Soompi Spotlight
Strong Woman Do Bong Soon
The Universe's Star
20th Century Boy and Girl
Her Private Life
Accidentally In Love
Catch the Ghost
Run On
So I Married the Anti-Fan
So I Married My Anti Fan
EXIT
How does this article make you feel?