Previously, after rumors spread on campus that Kim So Bin (Kang Min Ah) and Yeo Joon (Park Ji Hoon) are dating, the two faced numerous troubling situations. In particular, their department seniors Han Jung Ho (Lee Woo Je) and Oh Cheon Gook (Yoo In Soo) used Kang Min Ah to increase their festival pub sales, causing Yeo Joon to become enraged. Yeo Joon got covered in wounds after getting caught up in a fight to protect Kim So Bin, and the two kissed after confirming their feelings for one another.

After becoming an official campus couple, Kim So Bin will face another dangerous situation. In the newly released stills, Kim So Bin is sitting down somewhere with a clueless and unaware expression. Meanwhile, the other students are gathered together in one location to check a shocking truth through someone’s phone.

Surprised, Yeo Joon runs somewhere without hesitation, and after finding Kim So Bin, he grabs Oh Cheon Gook by the collar. The upcoming episode will answer why Oh Cheon Gook is with Kim So Bin at a separate location and what caused Yeo Joon to be so angry. 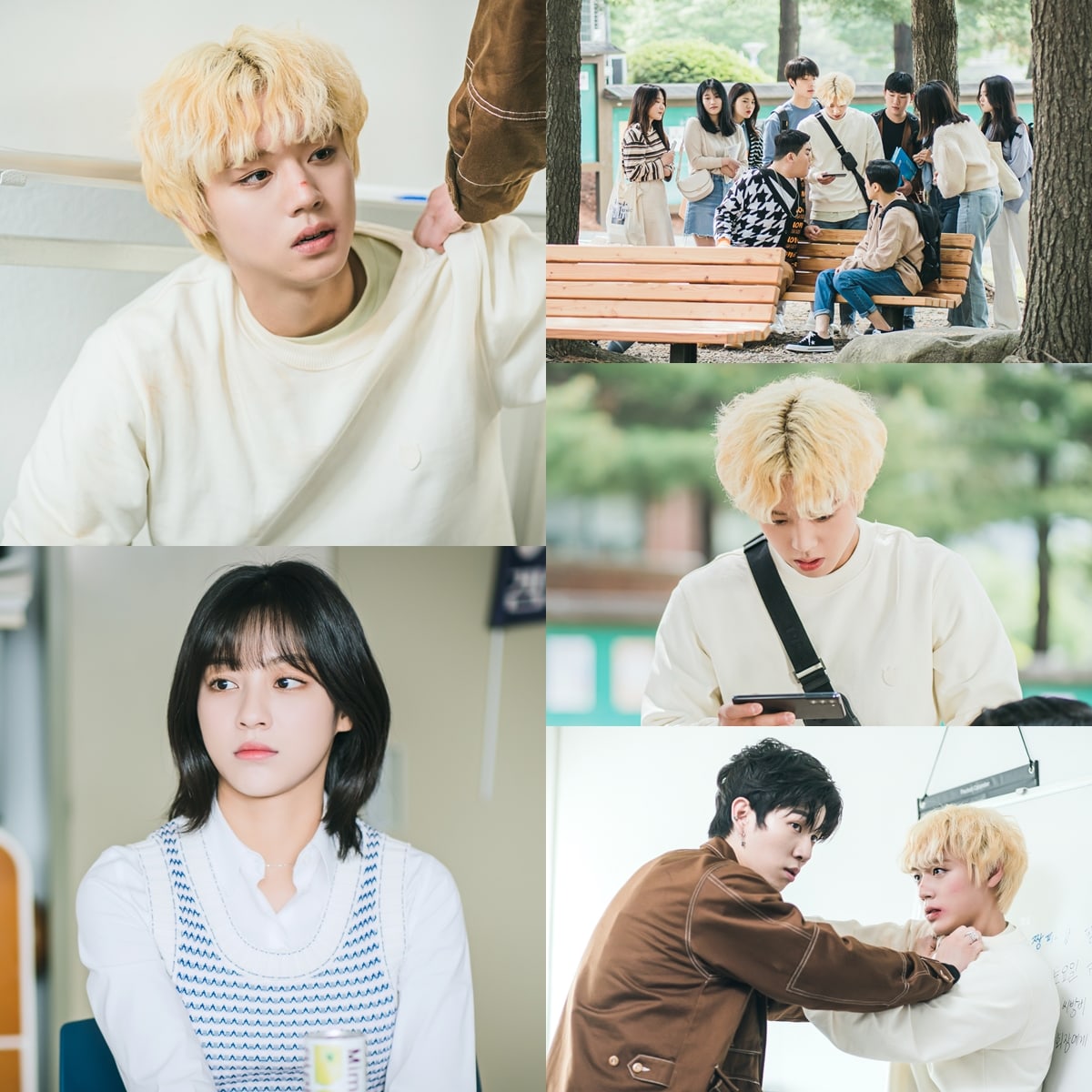 However, since Yeo Joon has been traumatized by violence, viewers are concerned that he’ll be get hurt again without being able to retaliate. The drama has also teased that a completely unexpected figure will appear to save everyone from danger, raising even more anticipation for the upcoming episode.

Kang Min Ah
Park Ji Hoon
Yoo In Soo
At a Distance Spring is Green
Lee Woo Je
How does this article make you feel?