Jun Ji Hyun Remains Calm In The Face Of Grave Danger In “Kingdom: Ashin Of The North” Poster

Netflix released a thrilling new poster of Jun Ji Hyun for “Kingdom: Ashin of the North”!

An extension of “Kingdom” Season 2, “Kingdom: Ashin of the North” is a special episode dedicated to Jun Ji Hyun’s character Ashin, whom Lee Chang’s (Joo Ji Hoon‘s) party encountered on their journey north at the end of the season.

On July 7, Netflix released the upcoming show’s second poster, which depicts Ashin drawing her bow on top of a burning rooftop. The roof is engulfed by raging flames, creating a sense of great danger. Beneath her feet are bloodthirsty zombies that contrast greatly with Ashin’s blank expression. The text on top reads, “92 minutes that will make the entire world parched this summer.” 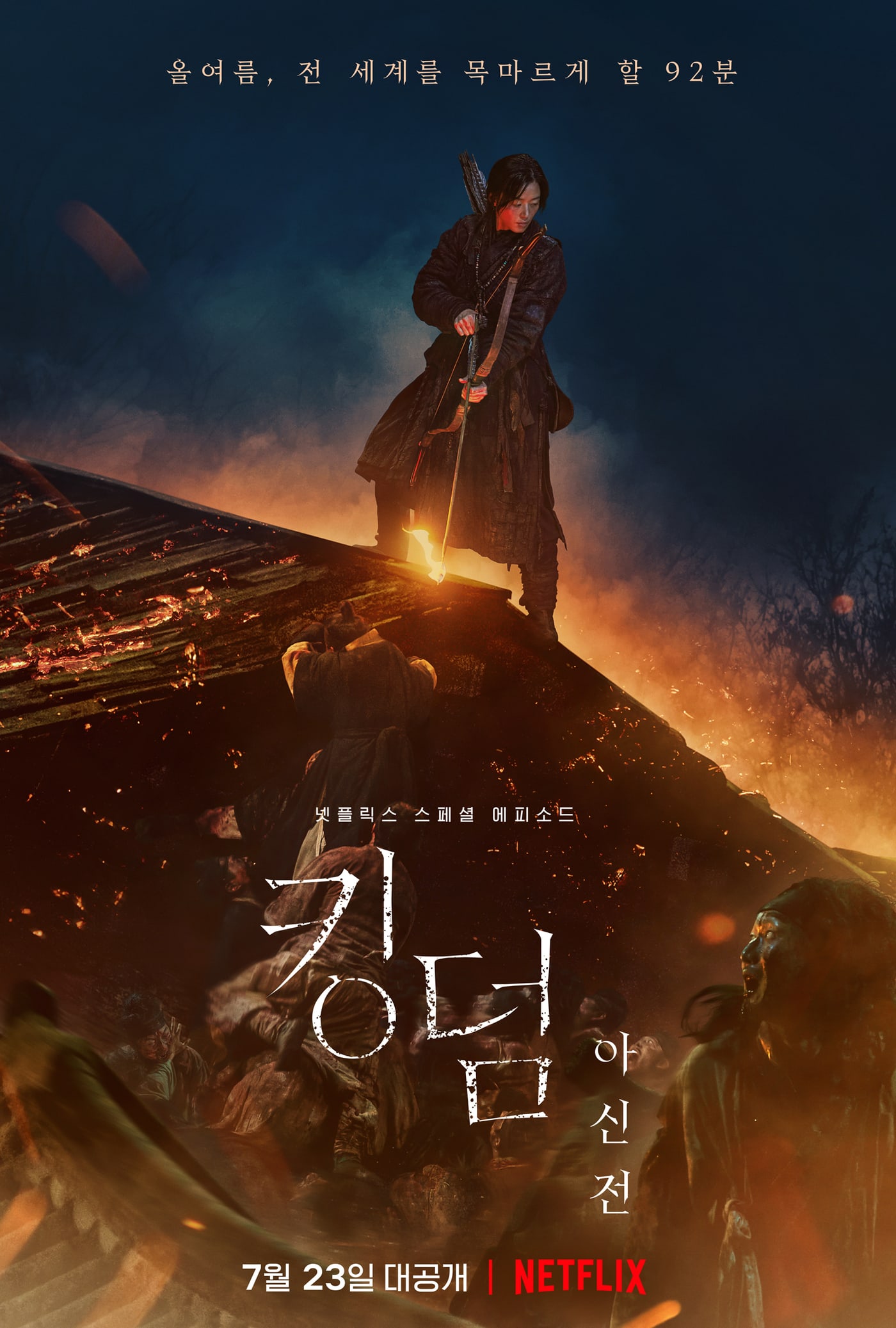 “Kingdom: Ashin of the North” expands upon the story of “Kingdom” by revealing that the plague that covered all of Joseon’s lands in an instant started years ago in the north. Along with Min Chi Rok (Park Byung Eun) and the head of the Pajeowi tribe Aidagan (Koo Kyo Hwan) from Season 2, new characters such as Ashin’s father Ta Hyeop (Kim Roe Ha), who is also the head of the village, will be appearing on the show.