Na In Woo and Park Ji Hoon will have a confrontation in the upcoming episode of KBS 2TV’s “At a Distance Spring is Green.”

Starring Park Ji Hoon, Kang Min Ah, and Bae In Hyuk, “At a Distance Spring is Green” is a college campus drama about the realistic concerns and love lives of university students.

Previously, Yeo Joon grew serious when he found out that his girlfriend Kim So Bin (Kang Min Ah) was helping his older brother and Myungil University professor Yeo Joon Wan (Na In Woo) with his work. When Kim So Bin asked what the matter was, Yeo Joon revealed that he had been severely assaulted by his brother when he was little and that they had been on bad terms ever since.

In new stills, Yeo Joon Wan has appeared in front of Yeo Joon, who glares back at his brother with eyes brimming with remorse. In the past, Yeo Joon Wan hurt Yeo Joon with his words and actions and even told him to never come back home, so his visit to Yeo Joon raises questions as to what his motives could be. Yeo Joon will snap at Yeo Joon Wan and tell him, “I don’t want you to work with So Bin sunbae.” It remains to be seen if the ever-deepening conflict between the two brothers will ever be solved. 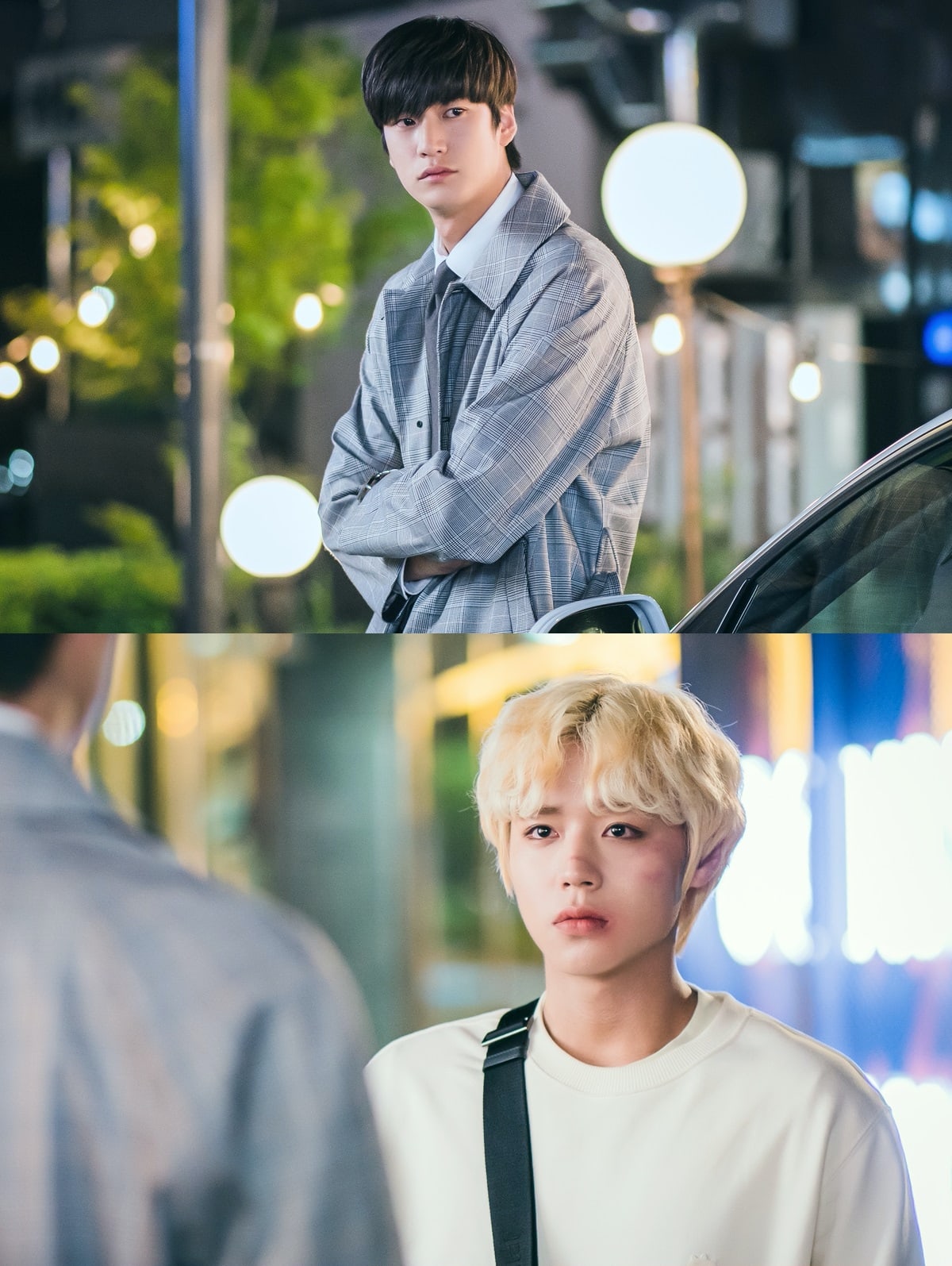 The drama’s producers commented, “The conflict between the two brothers plays a major part in the story. Yeo Joon, who distances himself from his brother due to unpleasant past memories but is actually wanting to be loved by him, is fulfilling that need through Nam Soo Hyun (Bae In Hyuk), so the way the brothers’ story will unravel is an important point to watch for.”