Get ready for a confrontation between Park Ji Hoon and his mother on “At a Distance Spring is Green”!

Previously on “At a Distance Spring is Green,” Yeo Joon (played by Park Ji Hoon) struggled with the emotional wounds left by his abusive parents, who treated him differently from his older brother Yeo Joon Wan (Na In Woo). In particular, the love-starved Yeo Joon tugged at viewers’ heartstrings by visibly longing for his mother’s affection in spite of the way she acted towards him.

In newly released stills from the drama’s upcoming episode, Yeo Joon’s mother (played by So Hee Jung) suddenly arrives without warning on campus, where she spots her youngest son affectionately chatting with Kim So Bin (Kang Min Ah). When Yeo Joon notices her coldly watching them from afar, his expression rapidly darkens.

Afterwards, Yeo Joon and his mother exchange words in private, and the upset look on his face raises the question of what she might have said to him after seeing the couple together. 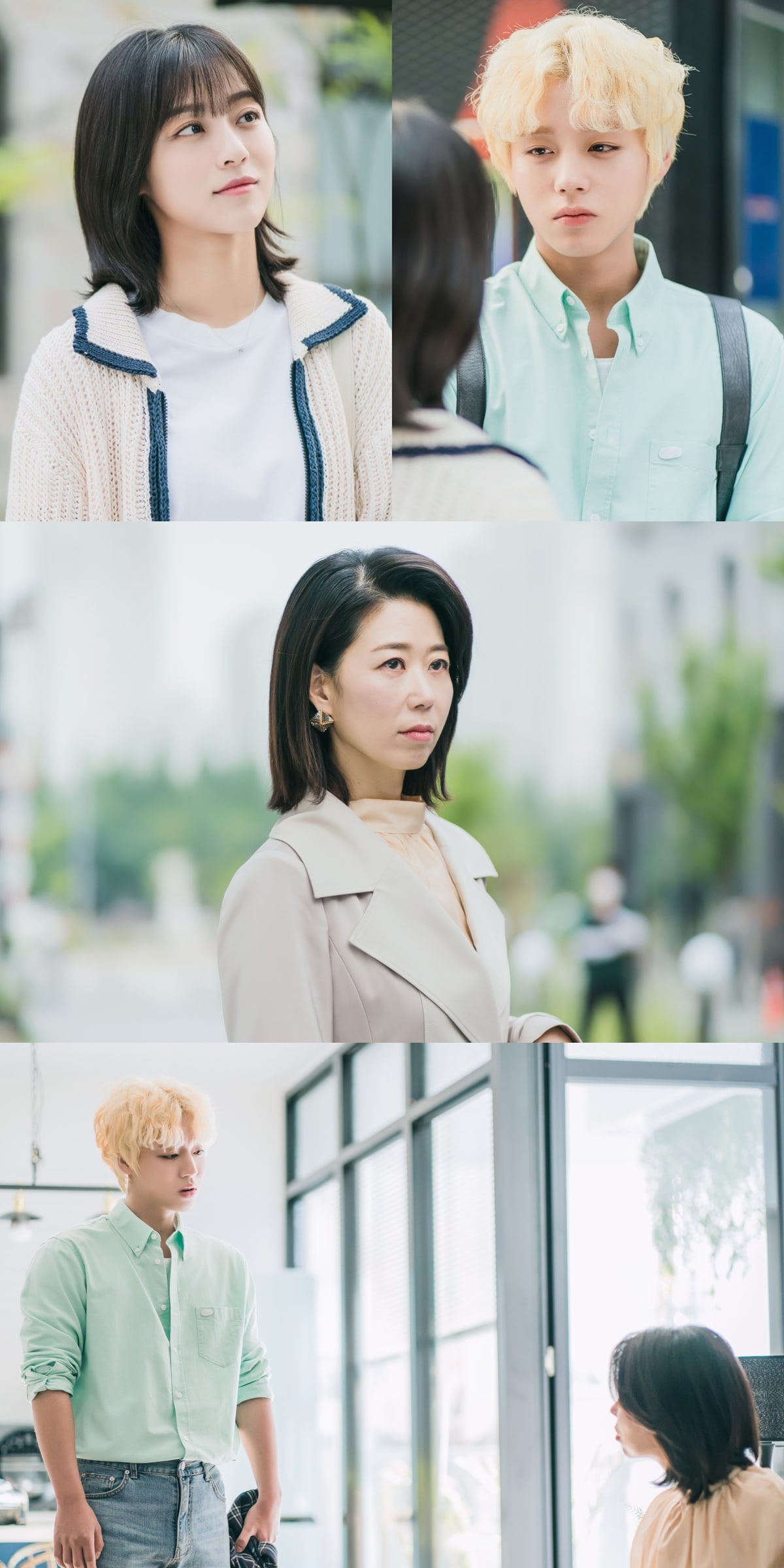 The producers of “At a Distance Spring is Green” commented, “Yeo Joon’s desperate longing for his parents’ love is the deepest and most lethal among the wounds he’s hiding. Please keep an eye on whether Yeo Joon, who has been healing and growing due to his friends, will have changed when he meets his mother again.”

Kang Min Ah
Park Ji Hoon
So Hee Jung
At a Distance Spring is Green
How does this article make you feel?