Watch: BTS Performs “Permission To Dance” And “Butter,” Talks About Working With Ed Sheeran, And More On “The Tonight Show” 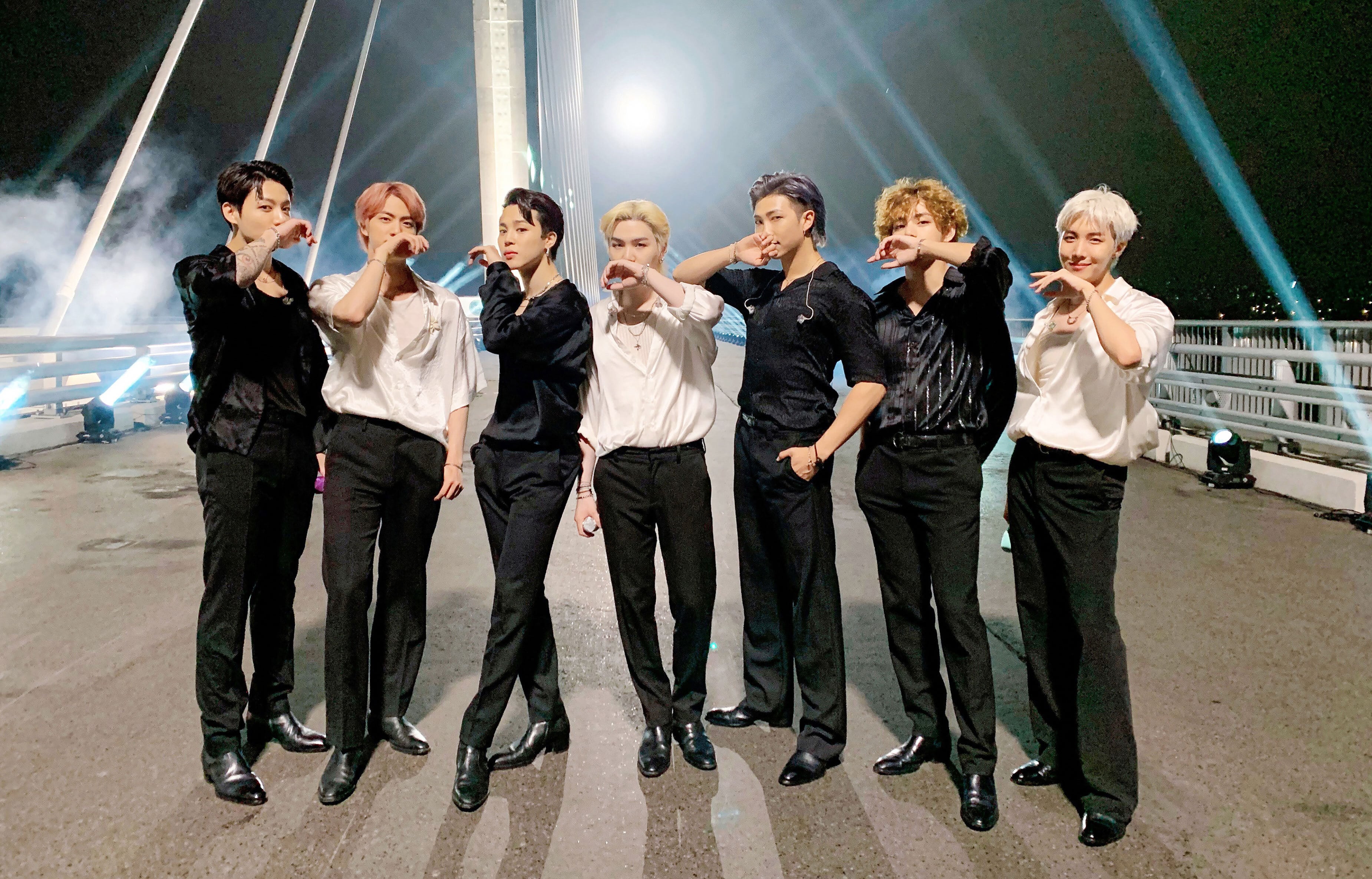 On the second day, the group took on a performance outdoors on the World Cup Bridge in Seoul. They showcased a shining performance under the brilliant lights with the Han River shown in the background. 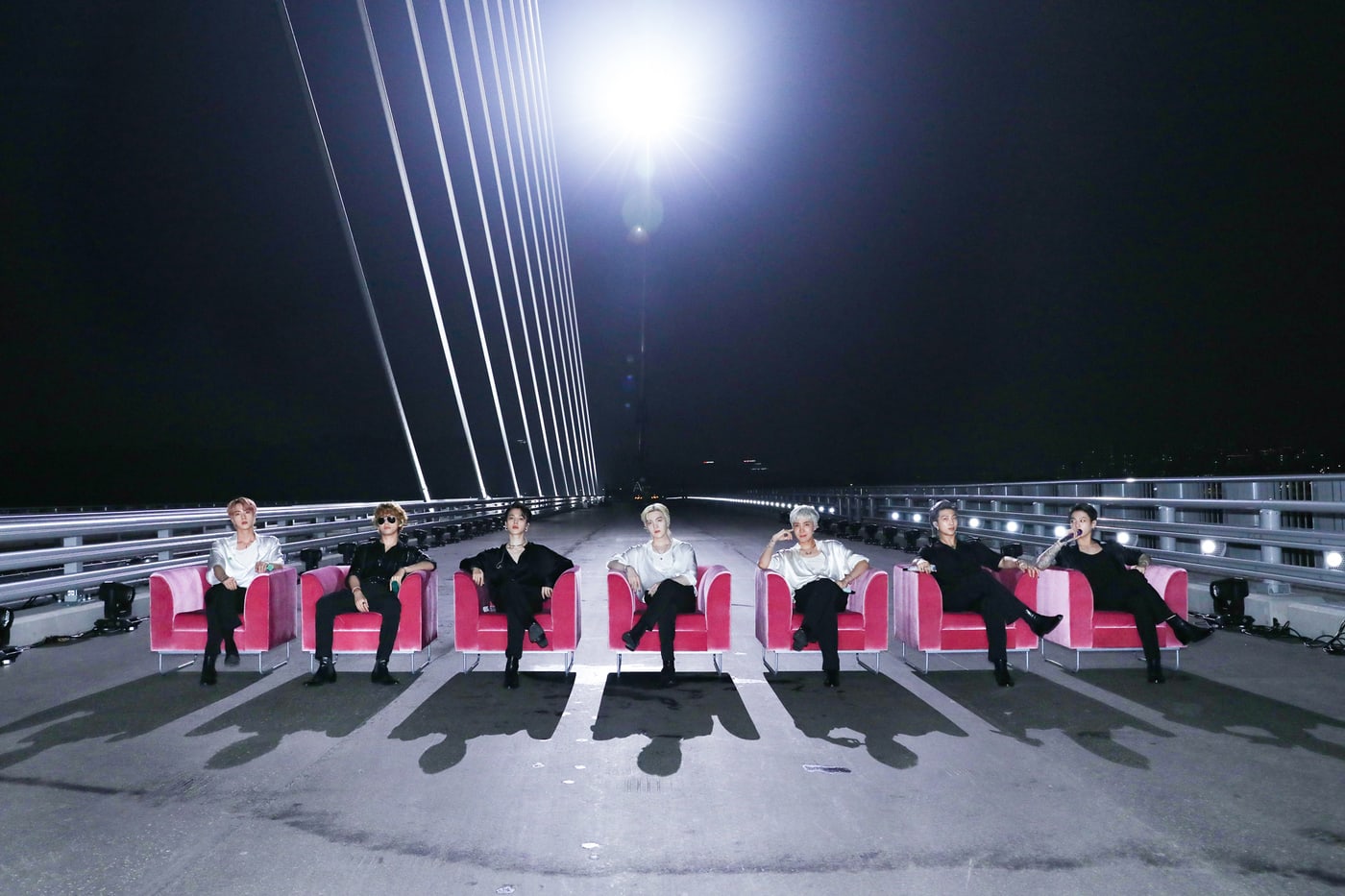 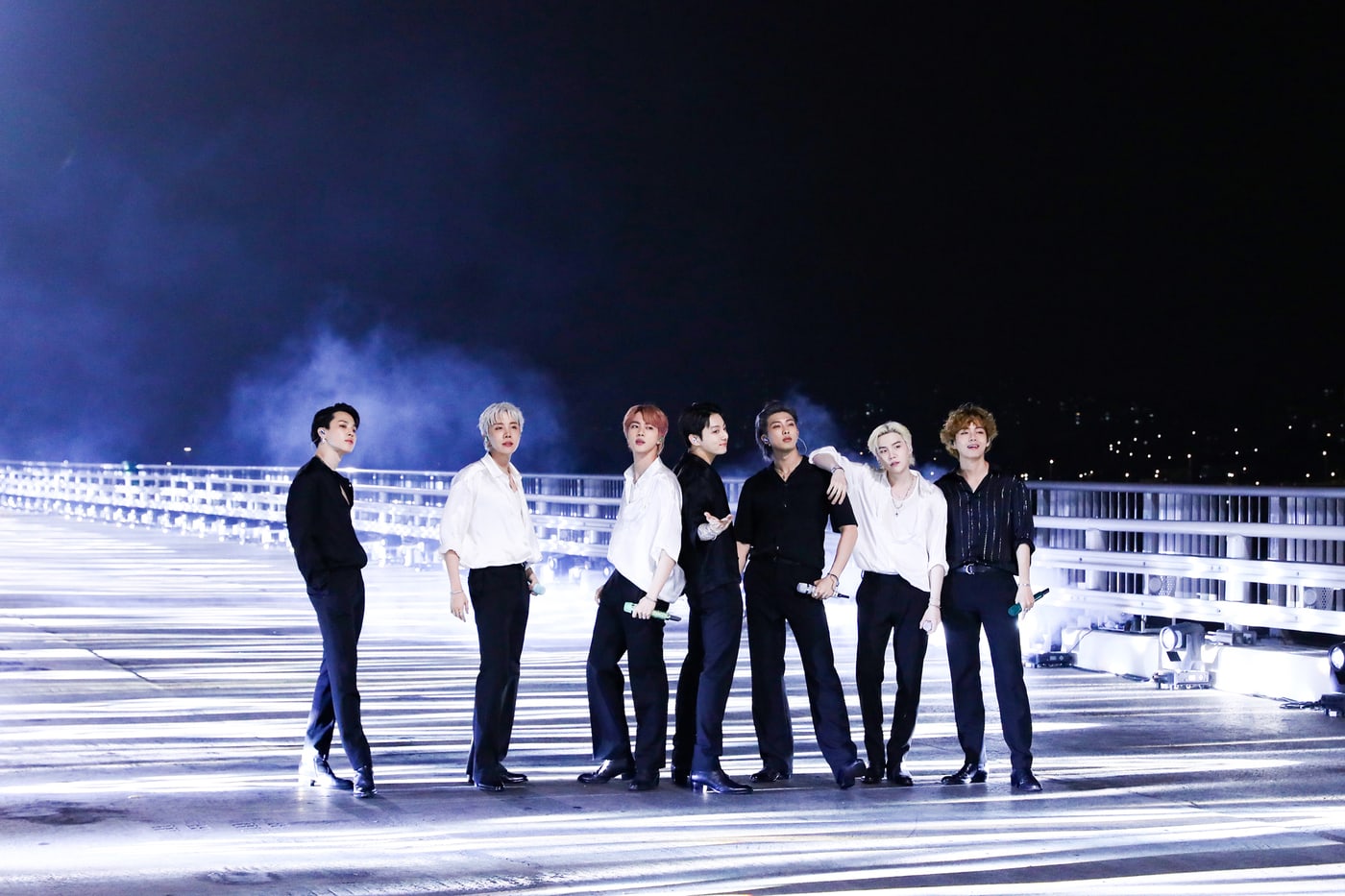 On July 13 (local time), which was the first night of the event, BTS talked about various topics involving music and their fan base and performed their latest hit track “Permission to Dance.” 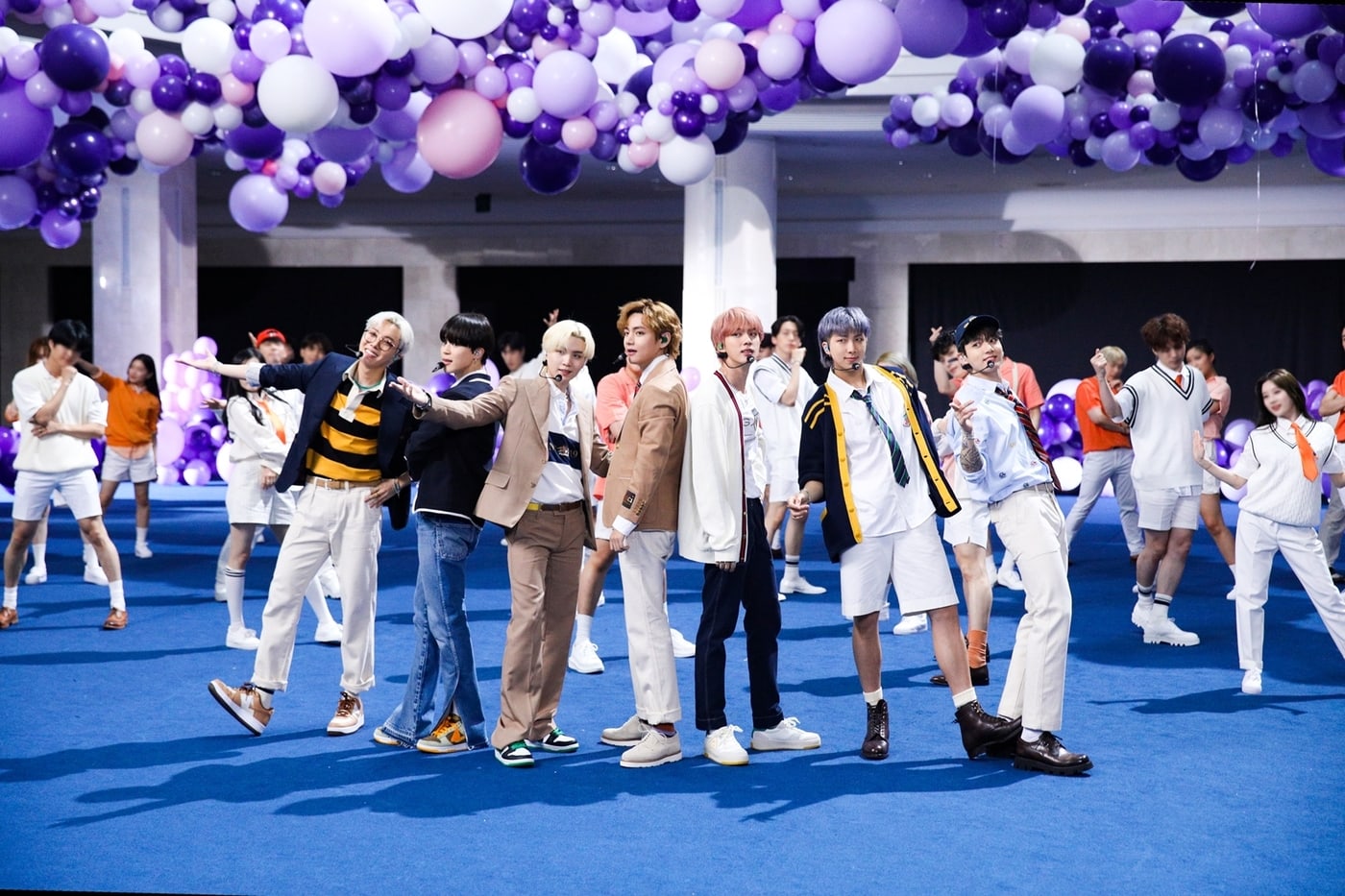 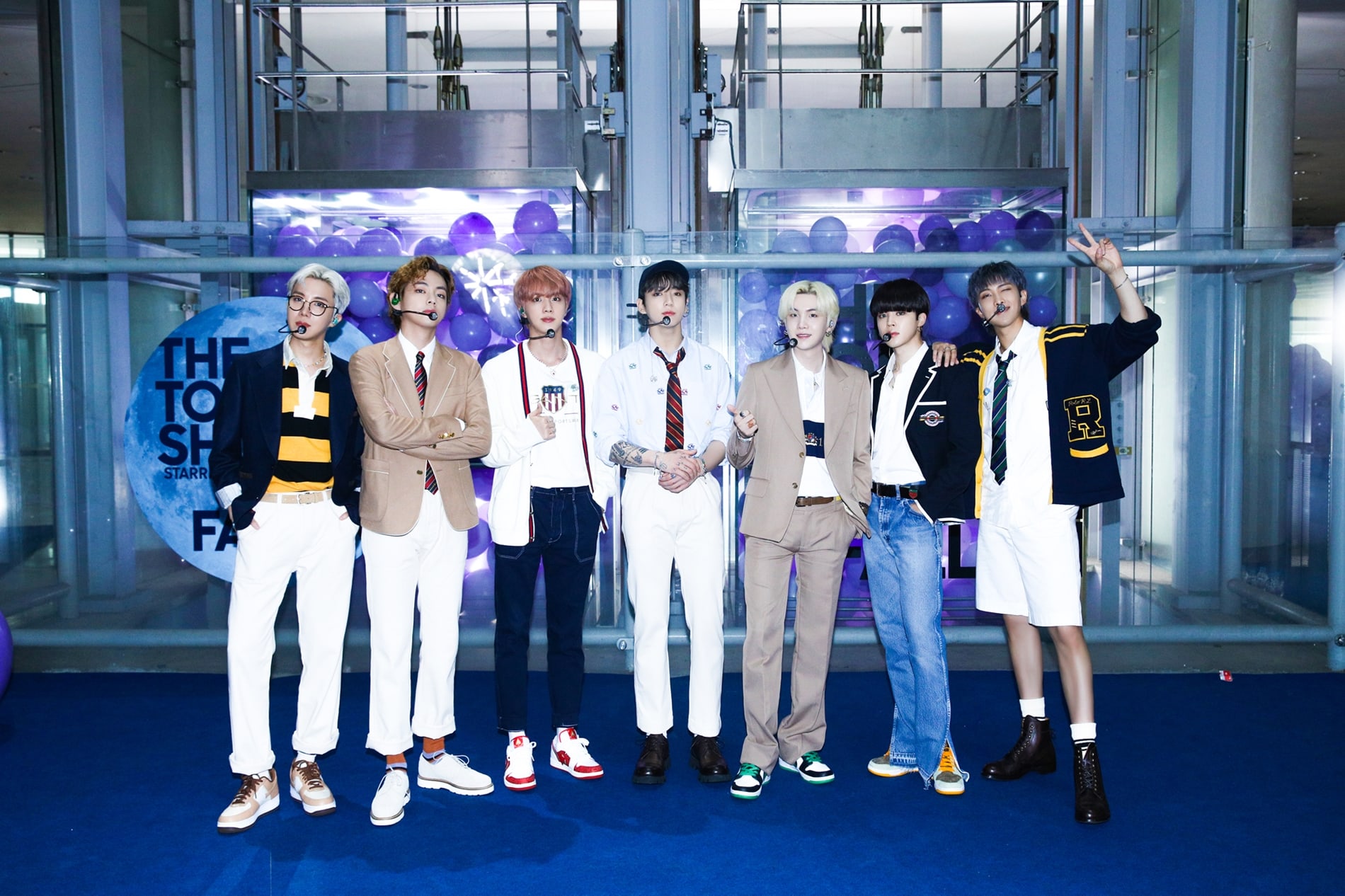 First off, BTS shared their thoughts on being nominated for a Grammy with their song “Dynamite.” RM shared, “I’m sorry for the cliché, but it is one of the biggest honors as an artist. It was the first time a Korean [group was nominated], and that’s so meaningful and historic.” He didn’t forget to express their gratefulness and appreciation to the fans.

The group then talked about working with Ed Sheeran, who co-wrote “Permission to Dance.” When Jimmy Fallon asked if they remember when they first met Ed Sheeran, RM said, “We can’t believe we haven’t met him yet, and this is our second project with him, but we never met him yet.”

In response, Jimmy proudly stated, “I know you better than Ed Sheeran. So I have some song ideas if you want.” He referred to their song “Butter” and joked that he could make songs about the dairy aisle, and RM played along, saying, “Maybe [it could be about] cheesecake or cereal or anything [else].”

BTS continued to answer different questions Jimmy Fallon had for them. When Jimmy Fallon asked if they were originally going to call their fan base Bell, RM admitted it was true. He explained that the name Bangtan Boys in Korean and the word bell in Korean (bangwool) both start with “bang.” Then he brought up the idea that if their fans had really been called Bells, they could ring bells at their concerts. RM covered his face in embarrassment as he said, “Thank God [it wasn’t chosen]. ARMY is so much better.”

Then Jimmy Fallon asked if Jimin was really going to go with the stage name Baby J. Jimin shared that both Baby J and Baby G had been options but he felt weird introducing himself as one of them. That’s why he just decided to go with his real name. Jimmy Fallon joked that Jimin could also use the stage name Jimin Fallon. Jimin commented, “I like it. Starting next time, I’ll perform as Jimin Fallon.”

Jin also talked about his cooking skills, Suga dished on the first album he bought, and J-Hope answered whether he considers himself the most fashionable member of BTS. At the very end of the clip, the members discussed the most surprising things they learned about each other.

Check out BTS’s performance of “Permission to Dance” below!

BTS will return for the second night of the event on July 14 (local time). 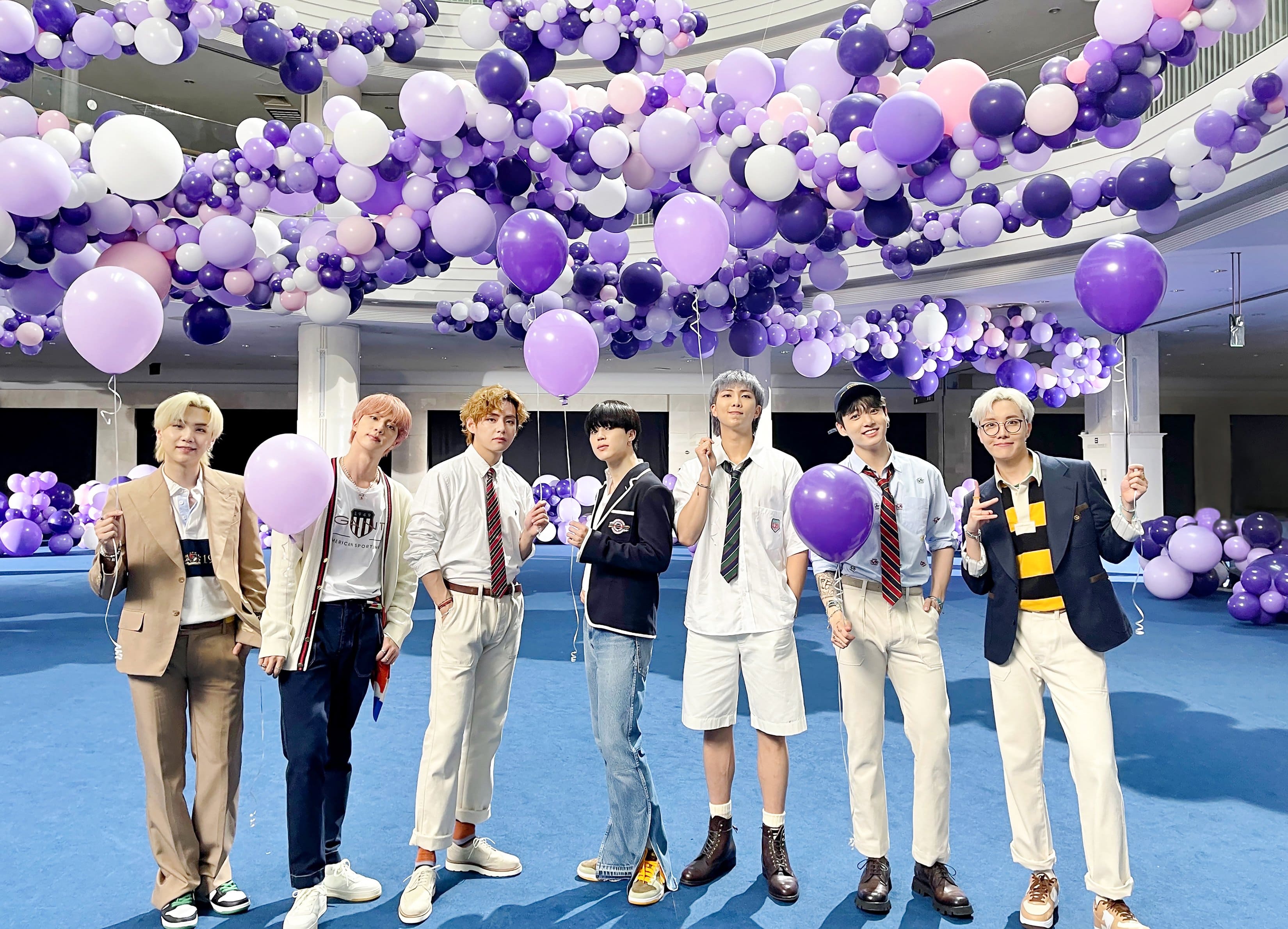